In The Light: Gillian Nissenbaum 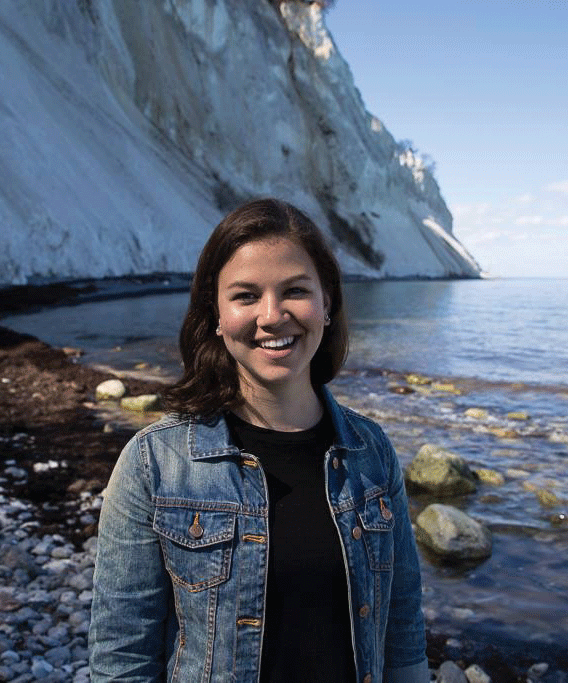 For senior Gillian Nissenbaum, Hamilton, New York is a far cry from her hometown of New York City, but she was ready to leave the hustle and bustle of NYC.

Even in her final year, she wouldn’t trade the hill for anything.

“Living in a small town for college really helps the students get closer to each other,” she said.

Nissenbaum’s been a member of hip-hop group DDT since her first days on campus and has been one of the group’s leaders since her sophomore fall.

“I really put a lot of my energy at Colgate into this group with the help of a lot of people along the way,” Nissenbaum said.

Not to be defined by any one thing, however, she is also a member of the Greek letter organization Delta Delta Delta.

Academically, Nissenbaum is concentrating in sociology and psychology.

“I was very confused about what to study when I got here, but my high school had a big emphasis on community service, and we had to take an ethics class every year. I don’t think I knew it then, but that really paved the way for me to be interested in sociology and psychology,” Nissenbaum said.

“I started taking sociology classes in the spring of my freshman year, and then I just went for it. I don’t regret anything.”

Through her work on campus in the sociology department and Colgate’s Day in the Life shadowing program, Nissenbaum worked at the Center for Family Representation as a social work intern. The organization offers free legal and social work services to parents who have been charged with abuse or neglect of their children.

“It’s super weird to hear [about the work] because why would you defend these people, but so often they’re just such minor infractions that parents who are more well-off would never get charged for,” Nissenbaum said.

If she could give new students any advice, it would be to not worry about finding their place on campus.

“I think there’s a huge worry, not only freshman year but every other year, that you’re not going to find your place. Friend groups are shifting, friendships are changing,” Nissenbaum said. “I think there’s always a way to find your community and make your own community at Colgate, and it doesn’t have to lie with one specific group; I don’t think mine has.”

When she’s not studying or dancing, Nissenbaum can be found watching Jane the Virgin and conjuring up conspiracy theories about the show with her sister.

Before her time at Colgate is up, she emphasized that she wants to get to know people from areas of campus she knows nothing about.