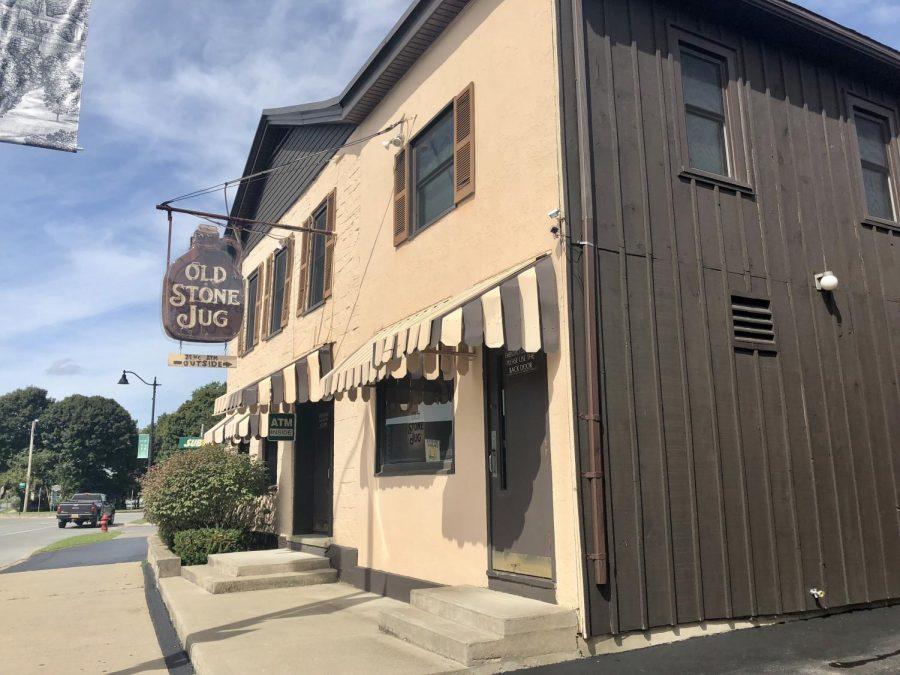 After Hamilton Police officers conducted an Alcoholic Beverage Control (ABC) compliance check of the Old Stone Jug on Friday, September 14, members of the Colgate community speculated about the reason for what some called a “raid.” Students, Hamilton business owners, members of the Colgate administration, Hamilton villagers and local authorities pointed to different purposes for the compliance check.

The Jug was not the only establishment checked by the Hamilton Police. Risky Business and The Hourglass also underwent compliance checks the same evening, but Hamilton Police made no arrests and found everything within compliance.

Stanssi explained that these compliance checks are standard procedure, and they are always conducted at multiple locations at once.

Stanssi said there was no particular reason why the compliance check occurred this Friday, other than it being the beginning of the school semester. These checks happen periodically throughout the year.

The Department and Coalition have only discussed underage drinking in broad terms, never singling out any individual establishment.

The Colgate administration has also been rumored to have been involved with the timing of the inspection, but Vice President and Dean of the College Paul McLoughlin said that the school had no involvement.

“We didn’t have anything to do with it. I mean, I think Colgate is an incredibly prestigious institution, but we don’t have that power over the federal law, or ABC, or anything,” McLoughlin said. “All the Vice Presidents and President Casey, none of us knew about this.”

Old Stone Jug owner John Koen posted on Snapchat Saturday request- ing that students contact him if they were approached by officers at the Jug. On Monday, he posted on Snapchat a screenshot of an email he wrote express- ing his frustration over the incident.

“[Sergeant Jeffrey Worthley’s] actions that have affected my personal and professional life have been overstepping. Some of his actions toward the student body have been questionable,” Koen wrote.

Stanssi said the department has received no official complaints against Worthley or any other officer present at the compliance check Friday.

“The last I knew, Sergeant Worthley had a really good rapport with a lot of students in this area,” Stanssi said.

One student who had his information taken down by an officer outside the Jug reached out to Koen. The student said that Koen told him the Police Department is not interested in penalizing students but rather in attacking the Jug, and that Koen himself would happily assist in absolving any citations received.

Questions remain regarding the ex- tent to which Colgate administrators and Hamilton officials collaborate to address underage drinking. McLoughlin said he regularly meets with Mayor RuthAnn Loveless and the Hamilton Police Department about all issues re- lated to student-town relations.

“The village of Hamilton, the chief of police and Colgate have been in cooperation for a very long time. When I came on board [in 2016], I continued that cooperation,” McLoughlin said. “We meet every month, and we talk about ways to respond to whatever issues – I would absolutely be emphatic that we don’t talk about underage drink- ing in those meetings. We talk a lot more just about student behavior in the village.”

In contrast, Loveless expressed a particular concern with excessive drinking, and discussed the ways she and the Police Department work to combat the problem.

Loveless explained that the Hamilton Police are routinely ob- servant for possible violations of the law involving the sale of alcohol to minors and intoxicated persons.

“The compliance checks at the Jug, Hourglass and Risky Business were consistent with similar actions taken in previous years. They are part of the Village’s efforts to enhance the safety and wellbeing of individuals and to preserve the character and integrity of our community,” Loveless said.

The Hamilton Police Department similarly meets with the Hamilton Coalition and has discussed issues of drinking in town, but did not discuss this particular compliance check, Stanssi said.

The Hamilton Coalition implied in their post that these compliance checks or, as they identified them, “raids,” will continue in response to underage drinking.

“HPD means business and will continue cracking down on illegal sales as part of a broader effort to encourage student responsibility downtown,” they said.

Stanssi maintains that the checks did not and will not occur in response to drinking in town.