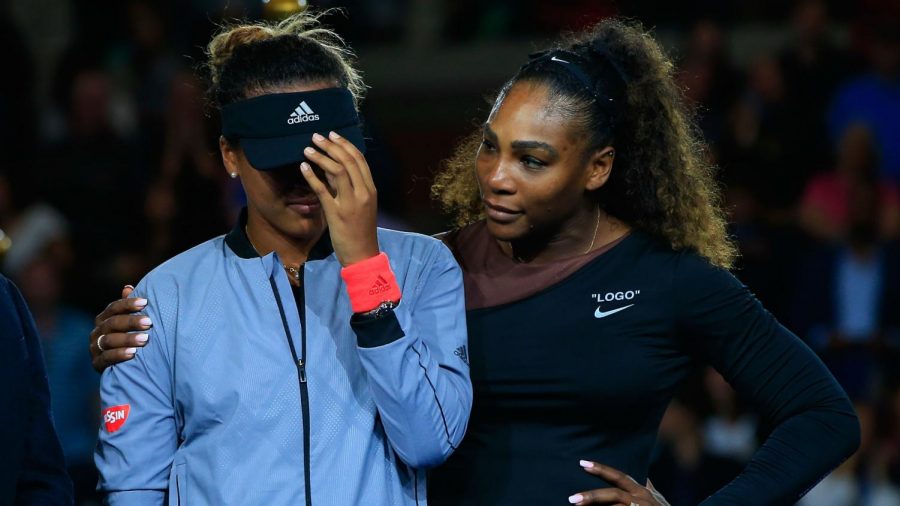 Unbelievable. That is really the only way to describe the events of the 2018 U.S. Open Women’s Final. Serena Williams, who has been a fixture in major finals for nearly 20 years, played against Naomi Osaka from Japan who, at 20 years old, played in her first career major final against her childhood idol. Osaka claimed the title, by dominating Williams in both sets, winning the match handily 6-2, 6-4. But her victory, which made her the first ever major champion from Japan in both men’s and women’s tennis, was overshadowed by Serena Williams’ tirade towards the chair umpire.

In the second set, the chair umpire, Carlos Ramos, saw Williams’ coach Patrick Mouratoglou giving her some sort of signal. He called a violation on Williams, who proceeded to tell the umpire that the two didn’t have any signals, and that she would rather “cheat than win.”

Williams then lost her service game and smashed her racquet out of frustration, an action that resulted in a point violation. At the next changeover, a heated Williams demanded an apology from Ramos, and then called him a thief for stealing the point away from her. The result was a verbal abuse call and a full game violation, which put Osaka up 5-3 in the second set.

In all the tennis I have ever watched, I have never seen anything like this, especially on the biggest stage of tennis in a major final. The violation of coaching by Williams’ coach is rarely called in tennis, and almost every coach would admit to some form of coaching during their play- er’s match. This part concerning Serena’s breakdown is valid, but the rest is simply Williams using the umpire as a scapegoat for her poor play.

Williams is known to be a very intense tennis player, and she has crossed the line in the past. In the 2009 U.S Open semi- final, Williams was called for a foot fault. She then lashed out at the line-judge, allegedly telling her, “If I could, I would take this f***ing ball and shove it down your f***ing throat.” Williams was also losing this match, and it seems she used the line-judge as a scapegoat for her bad play, similar to what she did on Saturday.

Williams claimed that Ramos was be- ing sexist towards her, which I think is utterly ridiculous. He treated the situation as any umpire would towards any player. Smashing a racquet is always a violation, and the verbal tirade upon the umpire most definitely warranted the next violation.

It is understandable why Williams was furious about the coaching call, but everything after that was simply Williams breaking down and finding a way to distract from the fact that she was being outplayed.

In a post-match interview Mouratoglou also fully admitted to coaching Williams, which makes her look even worse as she was adamant in saying she would never cheat.

With all of this chaos, we gloss over the fact that Naomi Osaka won a major title on tennis’ biggest stage at the age of just 20. Williams’ behavior immensely overshadowed this amazing accomplishment by Osaka.

Osaka acknowledged this by apologizing to the crowd for winning the match. “I’m sorry it had to end like this,” Osaka said. Osaka, in tears on the stage, timidly accepted her trophy and did not even know what to do with it. The whole thing was cringeworthy, and it seemed like Osaka’s win was not even the main event anymore.

Boos rained from the crowd and everyone’s eyes seemed to be on Williams. This is something that will be talked about for a long time, and it will not be because of Osaka’s first major championship, but because of Serena Williams’ epic tirade that shocked the tennis world.