An Exploration of Preference: Team vs. Individual Sports 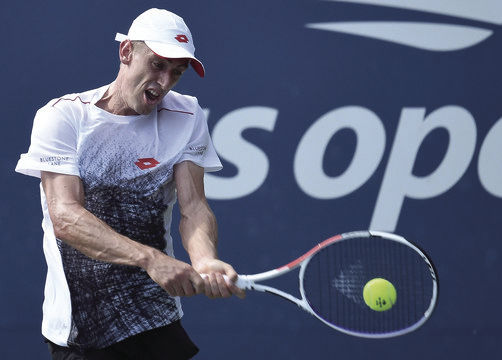 John Millman defeated second-seeded Roger Federer in the Round of 16 of the U.S. Open in four sets on September 3 in perhaps one of the greatest upsets in recent tennis history. He lost in the next round to Novak Djokovic.

Are the Characteristics of a Collective More Appealing than those of an Individual?

There is an unquestionable draw to the thrill of the last hole of the Masters, to a Grand Slam Final matchup or a Game Seven. What follows each of these events is the declaration and celebration of and by the victor, be it a team or an individual, who has risen to the pinnacle.

What ensues around the crowned, in the very stadium and, at times, around the world, ranges from (on the lower end) thunderous applause and exclamations to utter and absolute chaos (e.g. Super Bowl celebrations in the city of the champions directly following the conclusion of the game). What causes this variation, and when is the pendulum swung from applause toward chaos? It is my belief that the difference between style of competition contributes significantly to the answer to this question.

In team sports, the passion of a collective fan base has incurred death and destruction, and has brought about the creation of life, too. But when the victor is a singular human being, rather than an established team, the popularity of the sport and the intensity of its celebration both seem to decline.

I believe this is because we, as sports fans, or perhaps as people, are inclined to put our faith in a seemingly infinite team, group, cause, or identity, rather than a mortal, flawed individual. Maybe we are scared of being let down by one person, or maybe it just feels better to share joy with others under a united symbol (a potentially scary thought); for some combination of reasons, the appeals of joining a collective group always seems to rise above riding and dying with individual athletes. What is to be found in that group is a sense of belonging that simply cannot be maximized under one person.

It was during a thrilling tennis match, a Round of 16 showdown at the U.S. Open between an established all-time great, Roger Federer and an unknown 29-year-old Australian, John Millman, that I began to formulate the theory of why I feel so much more inclined to watch and follow sports involving a team (such as hockey, soccer, football, basketball and baseball) than those entirely dependent on the successes and failures of one individual (as in golf, tennis and boxing).

Millman, not even in the top 50 rankings, had never defeated a top-10 opponent. Federer, on the other hand, is two tournament wins short of reaching a total of 100 career titles. He is the tennis giant in men’s singles and has been for just about all of his 20-year career.

But on September 3, Millman took down Federer in four sets (3-6, 7-5, 7-6, 7-6), even though the commentators, in the second set, were already talking about Federer’s pending match-up against rival superstar Novak Djokovic. The crowd, comprised mostly of general tennis enthusiasts and Federer fans, respected and applauded loudly following Millman’s stunning upset over Federer. However, their overall response to witnessing perhaps one of the greatest upsets in U.S. Open history intrigued me. Could such a victory ever bring about a bigger celebration, or reaction, in an individual sport like tennis?

Thinking back on some of the greatest upsets in sports history, the obvious go-to example is the Miracle on Ice, in which the United States men’s hockey team defeated the USSR 4-3 in the semi-finals of the 1980 Olympics. Lake Placid, about 180 miles northeast of Hamilton, witnessed a triumph in U.S. sports history that keeps fans and hockey historians visiting their few-thousand-people town every year. Disney made a motion picture of it starring Kurt Russell as head coach Herb Brooks, and never will any call in sports be as famous as Al Michaels’ “Do you believe in miracles? Yes!” exclamation.

But still, a team sport does not require an upset the magnitude of Miracle to, for lack of a better phrase, get the people going beyond what can be found in sports like golf, tennis or boxing. Look up “Fan Reactions to Stefon Diggs’ Touchdown” from the playoff game against the New Orleans Saints on January 14, 2018, and convince me that that is not another level of passion. I mean, this is the Divisional Round of the playoffs we are talking about here; not the Super Bowl, not even the NFC Championship Game. Cursed Vikings fans dispersed around the country shed tears, and Diggs and his teammates went pretty crazy, too.

Still, the impossible had happened only ten days ago with John Millman, and you may have already forgotten his name.

Think of any other upset in sports you can recall. Who achieved it and what was the fallout? From just this year, the Vegas Golden Knights will surely be remembered in hockey’s written and oral history for their incredible inaugural season performance, despite not winning the Stanley Cup.

While people cheer for the victor and recognize them for their successes, I have yet to see, aside from relatives of the competitor maybe, a fan in tears after, say, a Djokovic semi-final win. Though I did read that Millman’s sister was in tears after learning about her brother’s big win.

Team sports, though, attract a somewhat random group of people and turn them into a family. The same linkage cannot be claimed in an individual-driven sport. Therefore, what motivation lies behind our seemingly natural preferences when it comes to sports may be the appeal of belonging to a collective.

The impact of identifying within a group and defending “yours” is questionable, though definitely substantial. If you can identify another one of your own, say you see another person wearing a Colgate athletics shirt walking down the street in Scotland or Shanghai, there is an established, almost a priori bond—though my philosophy professors might contend.

There is value to be found in knowing you share a feeling with another person, particularly when that feeling is pride. But when you run into someone who represents the competition… Well, at least we are only speaking of sports here and not of history.

To conclude, let’s take a look at a specific case study. Though I may well have used nearly any hockey fan hailing from the Uniondale, New York area, I’ll give my own account and perspective of the events that unfolded on July 1, 2018, the day NHL free agency commenced for the summer.

John Tavares signed with the Toronto Maple Leafs, and I could not help but feel betrayed and angry in the few days following. The former New York Islanders captain left the franchise that drafted and developed him for the city that birthed him.

However, I got over his departure rather quickly, as did the players and coaches. Perhaps, quicker than I could have even imagined considering the magnitude of the move. Though Tavares represented the Islanders since 2009, he is not the Islanders. That is why 91’s dash to Toronto does not come close to causing the devastation that Islanders fans would have felt had the team uprooted and left Long Island completely. Isles fans never would have gotten over that.

Take the same example and apply it to LeBron James enthusiasts, or Ronaldo supporters, who witnessed their favorite player uproot and leave yet again. Cavaliers fans will not ditch their squad for Los Angeles even though James is gone; Madrid fans will remain Madrid fans despite Ronaldo heading to Turin.

Even the best of the best cannot successfully determine one’s loyalty when it pertains to a team.

Though James is now a Laker, it was never the case that he would be a Cavalier for the franchise’s eternity. Like players and coaches themselves assert, “It is about the name on the front of the jersey, not the back.”

Once again, the appeal of the group outweighs the individual, despite all the talent or fame he/she may have.

This is a sports opinion piece.