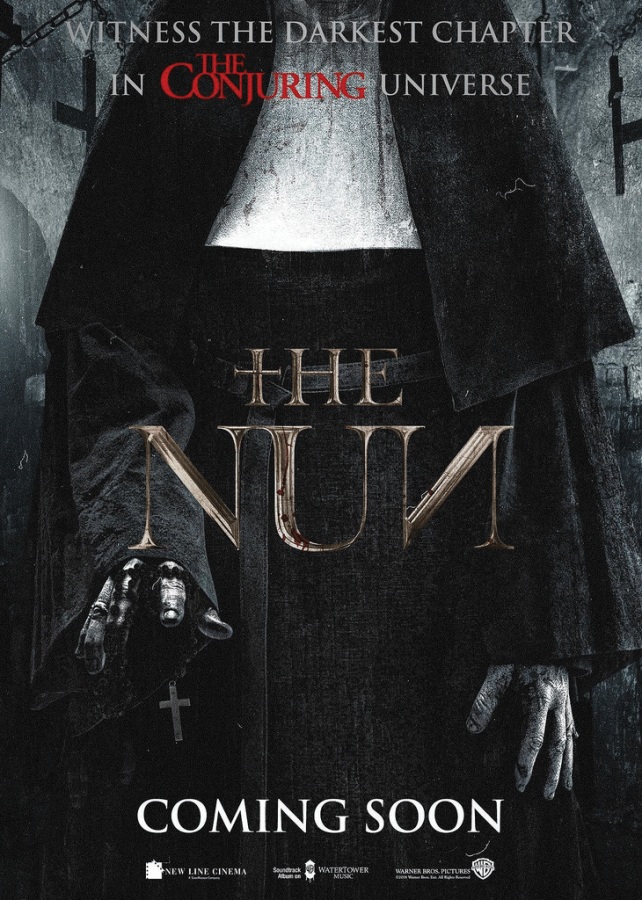 If you’re looking for a solid horror flick, look no further than “The Conjuring” (2013). It’s pretty amazing how many horror films have created their own universes, including “The Conjuring 2” (2016), “Annabelle” (2014) and “Annabelle: Creation” (2017). None of these sequels quite reach the chilling anticipation of their originals, but for the most part, they have been decent, with the exception of 2014’s “Annabelle.” That’s saying a lot. After all, for every good scary movie, there are ten bad ones which rely on cheap tactics like jump scares to get a reaction from the audience. “The Nun” is no exception.

Set in 1952, “The Nun” is chronologically first in the “Conjuring” franchise. The film begins with two nuns living in a Romanian monastery, heading down to a tunnel to retrieve some mysterious relic. Attacked by an unseen, evil force, one nun manages to salvage the relic, revealed to be a key, before she is killed. The other nun hurries off and hangs herself from the window, repenting and wearing the key on her corpse. The Vatican sends Father Burke (Demián Bichir) to investigate the suicide, also enlisting the help of Frenchie (Taissa Farmiga) a French-Canadian living near the monastery and Sister Irene (Jonas Bloquet), who has yet to take her vows.

In terms of storyline, that’s all you need to know. The makers of this film seemed to think that plot development was of secondary importance. Maybe tertiary. There isn’t much in this film to keep viewers interested. “The Nun” is simply scare scene after scare scene, with little build-up or suspense. It feels more like a short, cheesy visit on your local haunted hayride. Despite its great visuals, nothing about the movie feels believable. The explanations are extreme, the creepy sights implausible, and I didn’t believe for one moment that any of it could actually happen. Even if you don’t believe in demons, ghosts or other paranormal activities in real life, a viewer should at least believe they’re real while watching the movie. That is where “The Nun” fails.

Catholicism plays an imperative role in this movie, and it helps create an unsettling, spiritual-warfare atmosphere. So, the film gets points for utilizing that well. It also gets points for its capable cast: Farmiga proves herself as competent of the genre as her sister, Vera (the star of “The Conjuring)”, and Bichir, an Oscar-nominee, is no less convincing. Bloquet was likable, and responsible for the few, perhaps unintentional, laughs in the film. Look out for his scene in the graveyard in particular; I cracked up.

In August, news of “The Nun” spread around and many could not resist the option to skip the YouTube ad that featured a frightening jump scare. The ad was later removed. Whether we can trace the film’s success at the box office to this chilling ad is debatable, but it’s been sitting quite smugly at the top. I will say that it’s a good movie to watch with your friends so you can tease them when they cover their eyes, or if you simply want to make fun of how ridiculous it is with friends whom are accustomed to horror. Overall, I was disappointed but not bored; if you would rather watch “The Predator” or “Operation Finale,” I wouldn’t blame you, either.