The Colgate Maroon-News • May 3, 2018 • https://thecolgatemaroonnews.com/2258/news/carroll-on-womens-health-activism/ 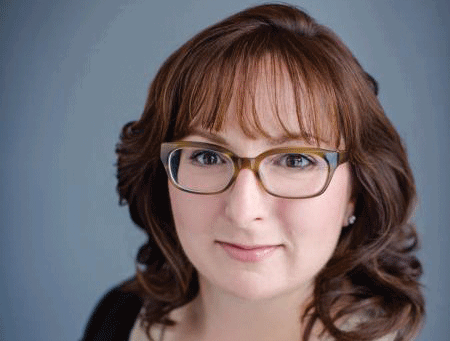 Tamar Carroll, above, spoke on the history of the AIDS epidemic and its role in intersectional feminist movements.

Carroll talked about the importance of understanding AIDS as a social epidemic and the role that feminist women and people of color played in ACT UP New York, a prominent AIDS organization.

Carroll explained the context of the AIDS movement. When AIDS started to emerge as an epidemic in the 1980s, it was identified as a disease contracted by the gay community. Its association with homosexuals was lasting and consequential, leading to widespread homophobia and the isolation of the gay community. The overwhelming fear and misunderstanding of the epidemic due to the lack of knowledge contributed to an inadequate medical response, leaving many infected to die alone without support.

At the time, Carroll suggested that a group of artists create posters to protest against the silence of the government in response to the AIDS epidemic; some of these posters were even adopted by the ACT UP organization as logos. The first action of ACT UP in March 1987 at Wall Street, Carroll argued, helped to pressure companies and governments to provide accessible and inexpensive drugs for AIDS treatment and to make the epidemic visible in the public sphere.

Carroll claimed that although the majority of participants of ACT UP were gay men, feminist women and people of color made key contributions to ACT UP’s success. The veterans of civil rights movements trained the next generation to participate in non-violent civil disobedience and their tactics and institutional organization proved to be useful for ACT UP.

“Bringing women and gay men together under the umbrella of AIDS activism was very important. They formed the alliances that would be enduring in the future,” Carroll said.

In discussing the AIDS coalition, Carroll also pointed out that gay men allies supported women who were advocating reproductive rights. They came together against the Catholic Church in New York City, which supported the anti-abortion movement. This context allowed men and women to form the new organization of Church Ladies for Choice in the early 1990s, where many gay men dressed up for drag performances to advocate the right to abortion.

This coalition, Carroll proposed, helped to counter the censorship of gay content, to portray a positive gay sexuality and to give them the opportunity to display their explicit sex identity publicly. This was especially important for the gay community at that time.

Carroll explained the legacies of the ACT UP movement. The movement succeeded in forging a public gay identity and creating accessible and affordable healthcare for AIDS patients. Members of the group continued to work for social justice in different forms, and many are still providing support for the community of AIDS patients.

Junior Emma Newton found that the lecture encouraged her to reflect.

“I’ve spent a lot of time reading Carroll’s work for my Women in the City class with Professor Mercado, and I felt she really expanded on her ideas in her lecture,” she said. “Carroll’s lecture invited me to question certain aspects of society, and look hard at how activism and activist movements challenge the problematic societal norms.

“I really enjoyed Tamar Carroll’s talk; she gave a succinct and comprehensive history of intersectional activist groups and placed AIDS activism within this history. I especially enjoyed her argument that these activist groups identified AIDS as a social, rather than medical, issue,” Patrina said.