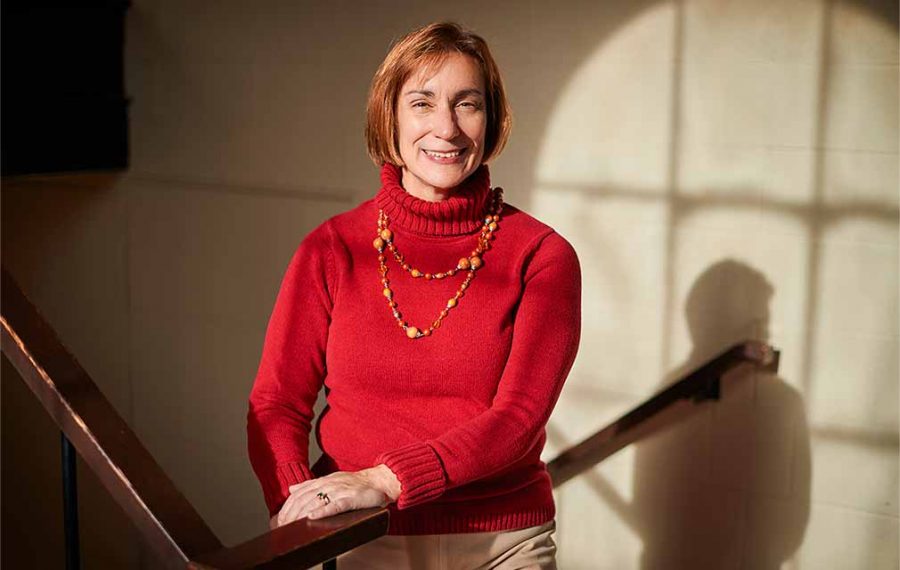 The discussion began with a presentation from Moran, who has worked as an anthropologist on the Guinea coast of Africa since the 1980s. She explained her role in helping handle the 2014 Ebola outbreak in that region. She was recruited by the United Nations (UN) to analyze why the outbreak was so much deadlier than previous outbreaks in Africa and to assess public health practices.

“‘We don’t need any social scientists,’ was the message. That was in April, but in June they were calling us and saying it was out of control, it’s insidious and the virus is not

behaving like we’ve seen it before. And our response as social scientists was the virus is behaving exactly how a virus behaves, but the people 3,000 miles away from where you’ve seen it before behave differently. Was this a surprise? Apparently it was,” Moran said.

Moran said that previous outbreaks had been within isolated communities with dispersed population dynamics, which meant that the virus would burn itself out after infecting one community. Moreover, Liberia and Sierra Leone—both located on the Guinea Coast—had just been ravaged by internal conflicts. She advised the UN not to study the blood of Ebola survivors, utilizing her knowledge of the cultural stigmas it would exacerbate.

Taye explained the methods of data collection he employed during his study on the correlation between anemia and the stomach bacteria Helicobacter pylori in Africa. Having collected the majority of his data from children, Taye explained how he conducted tests in the field and received consent from families. He did so with the help of two Colgate students who worked in a makeshift lab built in a repurposed classroom.

“Surprisingly we found that those infected under the age of 6.5 years were found with high risk of anemia. So anemia was associated with H. pylori… But in Africa we don’t have any treatment because H. pylori is not considered like other diseases, so no one gives you a treatment,” Taye said.

Hagos spoke of the lack of treatment accessibility in Africa. According to his cancer research, Western countries had much higher rates of cancer than Africa, but also had much lower death rates. This finding, according to Hagos, can be explained by the lack of accessible resources treatment for those affected by the disease. There are very few radiotherapy machines relative to the population in many countries throughout Africa, meaning that cases of cancer that would otherwise be treatable will often end in death.

The three panelists also offered their insight on the current low prevalence of the Coronavirus disease (COVID-19) on the African continent as compared to the rest of the world.

“If you look at the numbers, it’s around 30 or 40 [years old] or above that are most affected. The immune system could be getting weak, that is one factor,” Hagos said.

According to Moran, Africa is the most demographically young region in the world, which may place the country at less of a risk than Europe and Asia, which have older populations.