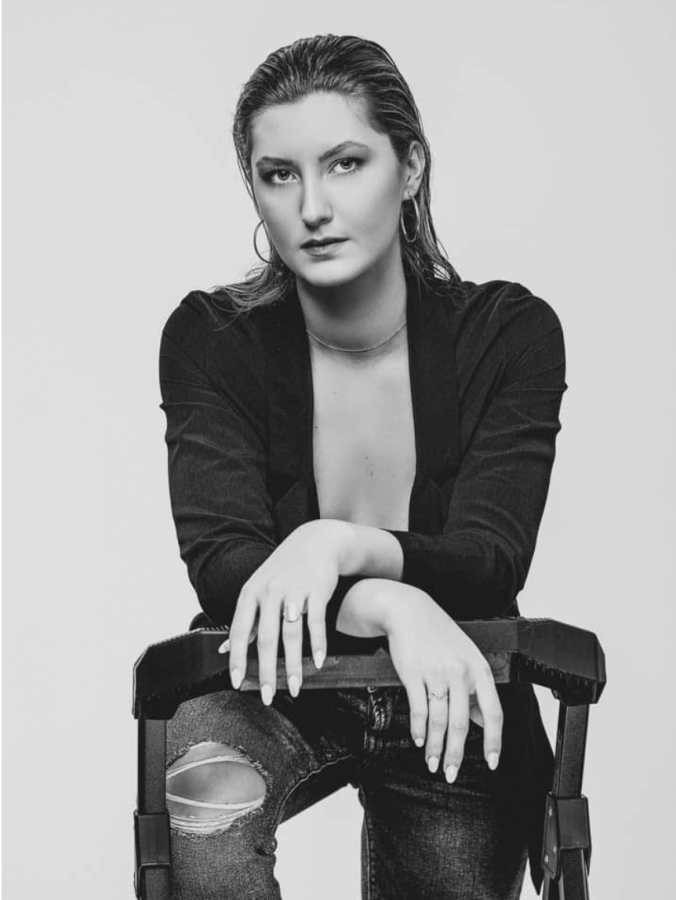 Julia Pickard kicked off her fashion career glamorously by walking the runway for the first time during New York Fashion Week (NYFW). NYFW is a biannual event, held in both February and September, that showcases a variety of clothing from various designers.

Pickard, originally from Oneida, N.Y., is a sophomore at Colgate. Whether it’s in the lab studying biology, working as a chemistry teaching assistant or walking the runway, Pickard is passionate about what she does.

Pickard’s modeling career sparked when she was introduced to the company Launch Models and Talent, which manages a variety of people interested in modeling, acting and singing. Applying for a modeling job is like applying for any other job, except instead of sending in a resume or cover letter, the models send in their portfolios. The designers then decide which models they want for each look.

Pickard had the opportunity of walking for four different designers. One of the designers was presenting a sustainability collection in which Pickard wore a colorful and vibrant Amazonian-themed dress and a bathing suit made out of recycled material. Pickard also walked the runway for Portia and Scarlett, an Australian company that makes formal dresses for weddings, proms and other extravagant events. The last designer had Pickard representing her line in a full head to toe faux fur coat.

It takes courage to fearlessly walk down the runway with the confidence that Pickard embodies, which is one of the hardest parts of modeling. Her trick is to put everything in perspective.

“[When I get nervous,] I just think that this doesn’t have anything to do with me, and I just have to do my best for the designer because they are the reason why I am here. I am selling the clothes, not like in pageants where you sell yourself. This outlook takes less pressure off myself and helps me put it all in perspective,” Pickard said.

Right now, Pickard is waiting to see what other opportunities come her way. While modeling remains important to her and it is something she hopes to continue, Pickard is a student before anything else.

“If I can’t go to a shoot, that’s just a reality for me because school is most important,” Pickard said.

As Pickard begins to enter the limelight of the fashion industry, she refuses to forget the reason why she decided to become a model in the first place.

“[The industry] can be really hard to be in, but it’s all about your perspective and outlook. [My mom] always told me to remember my ‘why.’ So, really just staying true to myself and remembering that this was something that I wanted to do for myself in my life,” she said.

Pickard’s ambitious drive, yet positive attitude, is inspiring as she hopes to make the most of each modeling experience, whether or not it takes shape into something more formal.

These personal attributes carry over into her involvement on campus. Currently, Pickard is trying to start a club for strength and fitness that allows you to get credit for doing gym workouts. The lessons that Pickard has learned from the fashion industry and the characteristics she has developed on the road to becoming a model should be recognized as they are essential to the Colgate community.