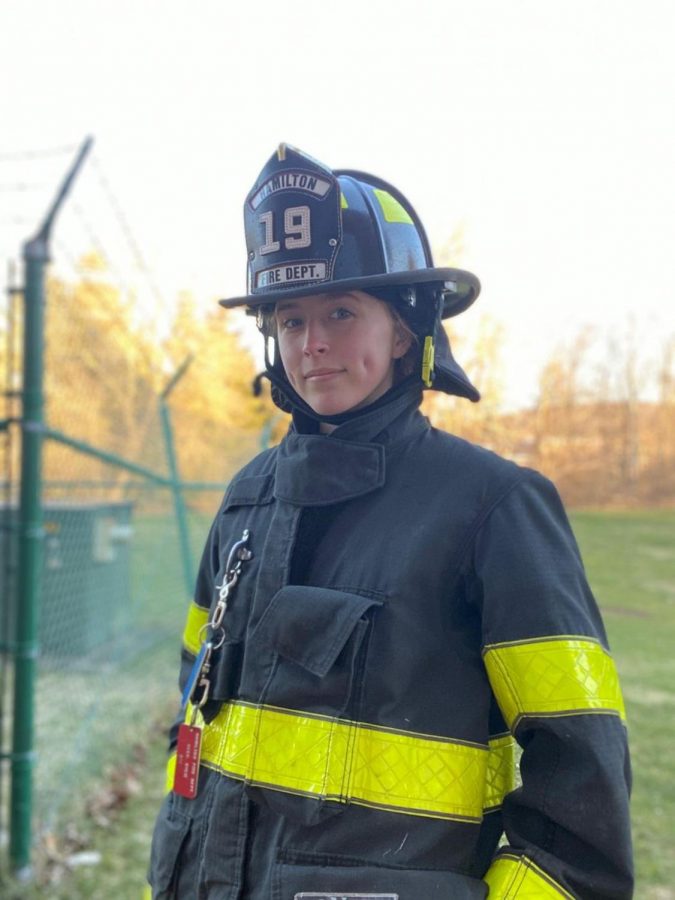 After the University announced that classes would move online for the rest of the semester due to the COVID-19 pandemic, many were left wondering what would become of a town so deeply tied to Colgate and its students. Of the 45 volunteers for the Hamilton Fire Department (HFD), around 20 are Colgate students, and their absence would surely present one of countless challenges faced by the community in these unprecedented times. Sophomore Kylie Geer is one of the student volunteers who chose to stay to protect the people of Hamilton and its surrounding communities.

Geer said the decision to stay on campus was not an easy one, especially as other students were packing up and leaving for home. The department and its volunteers held an emergency meeting when the school announced students should go home to explore the consequences this would have on the community if the department lost all of its student volunteers. The chief, Geer said, asked students to do whatever was best for them, but reiterated that he would be grateful for their continued help on the force.

Geer and the several other students that stayed behind in Hamilton have spent the last several days adjusting to their new routines. She and the other remaining firefighters moved into a local bed and breakfast operated by one of the department’s volunteers, paid for by the department, a less expensive and safer alternative than staying in the campus dorms. She has spent this transition time hanging out, helping the others move in, figuring out meals and “really just supporting each other.”

While most of the volunteers will remain in Hamilton for the rest of the semester, including the first-years who need to stay in order to finish their training, Geer only has about a month left.

“I made a compromise with my family that I’m going home for Easter,” Geer said.

Geer’s decision to stay was largely based on the community she’s found in volunteering and the duty she feels towards this community. A “very involved” volunteer during the regular school year, she has a habit of responding to nearly every call for which she’s available. The position has had a huge impact on her time at Colgate so far, made clear by her commitment and passion for HFD.

“It’s such a great way to actually get to know people who are from the community who aren’t involved with Colgate,” Geer said.

Geer, hailing from East Granby, Conn., is a molecular biology concentrator who plans to declare Spanish as well. She joined the fire department at the beginning of her freshman year after stumbling upon their booth at the club fair. Geer had hoped to become an EMT in college and found that doing so through HFD presented the perfect opportunity.

“I’m very adrenaline based, and it’s a lot of excitement,” Geer said.

Before college, Geer’s only experience in the field was through her volunteer work at a local hospital, where she had the chance to interact with patients and got her first look into the medical world.

“I really enjoyed getting to work with people who maybe aren’t having their best day, and try to make it a little bit better, so that’s what I was looking to do as an EMT,” Geer said.

In the face of a global pandemic, it’s easy to feel like the world has been swept out from under one’s feet. But people like Geer are among the faces that stand out as integral to holding our communities together.

“We wouldn’t be doing it if we didn’t love it. I absolutely adore it,” Geer said. “I’m happy to be doing it; I’m lucky.”