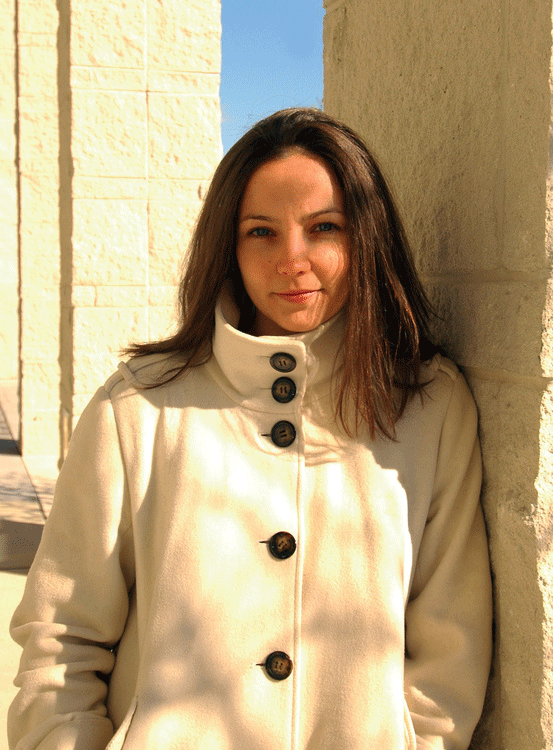 Bailey writes poetry about her experiences in South America in her new book, Disappeared.

Alumna Jasmine Bailey ’05 returned to Colgate’s campus to perform a reading of selected poems on Thursday, March 29 in Lawrence 105. Most of the poems were from her second collection Disappeared, which was published in 2017 by Carnegie Mellon University Press.

After graduating from Colgate, Bailey went on to teach English in Argentina as a Fulbright Fellow and at Colgate as an Olive B. O’Connor Fellow. She is a doctorate candidate at Texas Tech University. Her first poetry collection, Alexandria, was published in 2014 and won the Central New York Book Award. Her chapbook, Sleep and What Precedes It, won the 2009 Longleaf Press Chapbook Prize.

Donald M. and Constance H. Rebar Professor in Humanities and Professor of English Peter Balakian introduced Bailey and spoke fondly of his experience having her as a student in his poetry class. He described her as a mature student who always contributed insightful points, and later, Bailey described one of her favorite parts of Colgate as discussing assigned poems such as “My Papa’s Waltz” by Theodore Roethke outside of class with other students.

Many members of Balakian’s poetry writing workshop attended the reading and were able to speak with Bailey afterward, connecting with her and gaining advice for pursuing writing. The question and answer session was a great opportunity for students and community members to ask Bailey questions about how she begins her writing process, how motherhood has affected her writing, the conflict between starting poems with ideas versus words alone and how she thinks the Colgate community has changed since she was a student. Bailey remarked about how, as a student, she was always surrounded by fun, hard-working and intelligent people.

“Hearing Jasmine’s experiences in Professor Balakian’s workshop, the same workshop I am taking now, was encouraging. It was special to learn how meaningful the class was to her trajectory as a poet, and how she keeps track of and revisits what she learned even today when teaching creative writing herself,” first-year Christina Weiler said.

Some of the poems read included “Procession of Santa Lucia,” “Love Poem for Malcolm X” and “Love in the Hospital Room.” Bailey’s poem about her travels to Argentina and cultural identities there, titled “Argentina 1974-1983,” is also included in her new book Disappeared.

Her poetry reflects the experience of the political struggles and tumult faced by Argentinians, as well as projects her own voice through vivid imagery, rich historical allusions, humor, irony and a blatantly honest tone. She addresses themes of love, politics, loss, frustration, change and the past. Bailey’s poems illustrate an awareness of both her identity and her place in relation to other individuals. Bailey explained how the term Disappeared, the title of the poetry collection, often refers to those who are lost or killed in the transition of immigrating across the border to the United States.

Poetry readings provide students with the opportunity to hear stories in an intimate setting and engage with poets’ voices, something they normally do not experience by just discussing works in the classroom.

“Jasmine’s reading was my favorite reading so far this semester. Her control of language and vivid imagery in each of her poems really painted a picture of her experience at Colgate, her experience in Argentina, and just her life as a person, wife and new mom. She made something as simple and common as a bad gin martini at a bar in Hamilton seem profound and meaningful to her experience as a person and that’s just something incredibly unique and powerful,” sophomore Katie Weber said.