Question of the Week: Who Will Win the 2018 Masters? 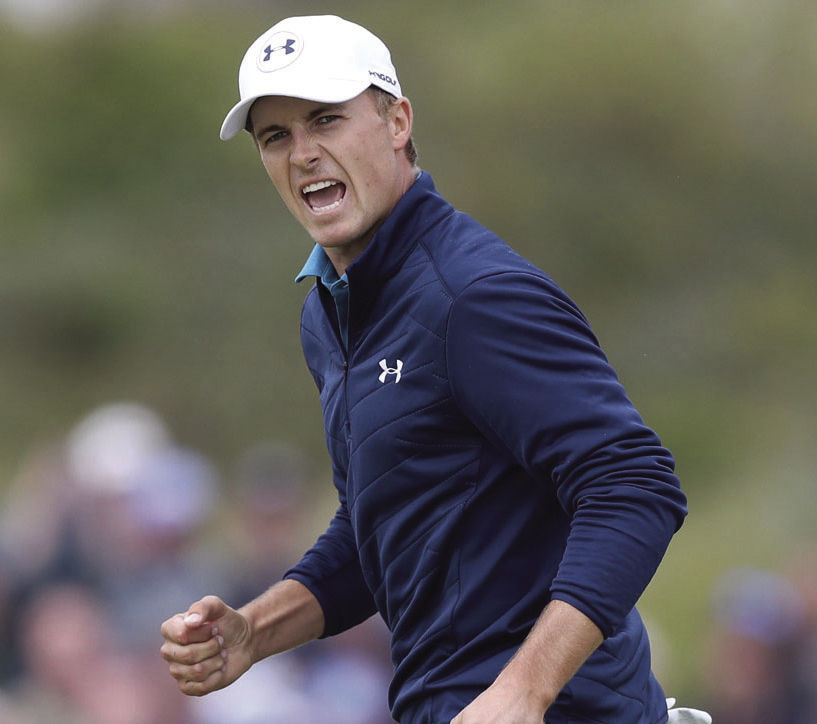 Jordan Spieth, no longer new to the professional game, is looking to capture the 2018 Masters.

Tiger Woods is BACK… but he will not be taking home the green jacket this year. That honor will go to Jordan Spieth, who won the Masters back in 2015. Currently ranked fourth in the world, Spieth has performed subpar this season, but not in the golf-sense. Spieth has struggled in multiple tournaments, including a +5 at the Valspar Championship (missing the cut) and a 4th place finish at World Golf Championship  Match Play.

However, I think Spieth has the poise and maturity (just look at his hair!) to pull off another Masters victory. Spieth does not back down from the challenge that is Augusta National. He is no stranger to the podium, finishing second at Augusta in 2014 and 2016. Jordan Spieth has overtaken Tiger Woods as the face of golf and adding another green jacket to his collection will only reaffirm his position as the world’s greatest.

With a Masters victory, Spieth will take a major step toward a historic 2018 season. Look for Jason Day, Justin Thomas, and Rickie Fowler to give Spieth trouble. Although many experts have Rory McIlroy as the favorite to win the Masters, Spieth will undoubtedly keep pace given his comfort level at Augusta.

I’m confident that Spieth has more than enough room in his closet for his second green jacket in three years.

It is a wonderful time to be a golf fan again. Tiger Woods has finished in the Top 5 twice in the last month, Rory McIlroy won the Arnold Palmer Invitational with a final round 64 and most importantly, it’s Masters Week. No matter who puts on the green jacket come Sunday night every viewer should feel like a winner for being able to enjoy coverage of the beautiful

With that being said, I believe Sergio Garcia will put the famous green jacket on the shoulders of Jordan Spieth on Sunday evening in Butler Cabin. Spieth is a fan favorite because of his charisma and demeanor; he is one of the top players in the world because of his putting stroke. Augusta is a course that tests all facets of a player’s game, but it has remained one of the most difficult tests of golf because it’s extremely difficult greens. It is not a surprise that certain players display continued success while other great players are never able to make a run for the green jacket. If you are confident on the greens and able to make putts down the stretch, you are certainly helping your chances at the green jacket. Spieth is one of the players that we have been lucky enough to see succeed year in and year out at Augusta. In four career starts, he has made four cuts, finished in the Top 5 three times, and Top 2 three times. That is an extraordinary record so far at the most esteemed tournament of the year. His comfort around Augusta is

undisputed and this is why I am choosing him to win.

Another big factor in my decision was Spieth’s play at last week’s Houston Open, where he finished T-3 and was in the mix come late Sunday. I have always believe that it is better to get as many competitive rounds in before a major especially if you are in contention and can feel pressure that will hopefully come on the back nine on Sunday. With some extra testing of how his game will hold up when his name is near the top of the leaderboard and his consistent performance, I think Jordan Spieth should be the favorite going into this weekend. Sorry, Tiger.

The Masters, perhaps the only sporting event where I can say, “I bet I could take that guy in a fight,” is just around the corner. At the world famous Augusta National Golf Club (which did not allow female members until shockingly recently, 2012), this annual contest tests the best of the best at the sport of golf. While the purse is quite substantial, the celebratory green jacket is the highest honor one can earn in golf. Though possible, golf is not a sport particularly prone to underdog victories. Despite what films like Happy Gilmore and Caddyshack may show, the winner of such a high stakes tournament is not the rag-tag lovable everyman, but rather the seasoned pro who’s been working on his short game since before any of us were born. Las Vegas currently holds four competitors with the highest odds to win with a 10/1 chance of victory: Dustin Johnson, Rory McIlroy, Justin Thomas and Tiger Woods. Without a doubt the most surprising player is Tiger Woods, who had all but certainly passed the prime of his career. Ever since Elin Nordegren wrecked havoc on his life, Tiger’s career had spiraled downward faster than Shooter McGavin’s. Experts believe he has a very real chance to regain his title as best golfer in the world and hopefully reclaim his life after the nightmare that has been this entire decade. In what I believe would be the perfect end to the fantastic documentary that will one day be produced about the life of Woods, he will win this year’s Masters. Lets hope that he looks better in his green jacket than he did in his 2017 mugshot.