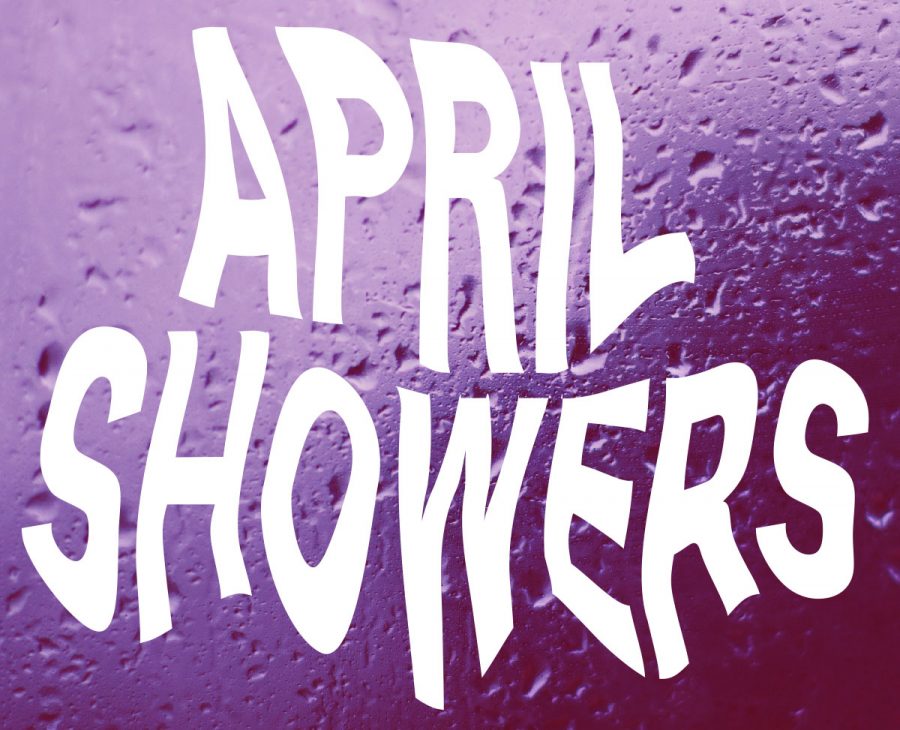 On Avery Island was Neutral Milk Hotel’s first album and includes this great song to start off April. It’s a short song that feels like it belongs in a Wes Anderson movie, and features some muted horns and light organs. The song sounds like the cover of this album looks.

This is the quintessential bedroom beach rock. Beach Bunny plays in the style of artists Soccer Mommy and U.S. Girls. “April” is a feel-good song that still carries its fair share of angst.

3. “April in Paris” by Billie Holiday

4. “Sometimes it Snows in April” by Prince

Sometimes it rains purple in March and sometimes it snows in April. Springtime is full of precipitation and waiting for the suns of summer. This song recounts death and comes from Prince’s album Parade, which was also the soundtrack for his movie, “Under the Cherry Moon.”

5. “April Come She Will” by Simon & Garfunkel

Simon & Garfunkel’s soft vocals and plucking guitars are evocative of April springtime weather and feelings. It was originally written and performed by Paul Simon but later appeared on the duo’s second album with Art Garfunkel singing the lead.

Jakob Ogawa is a Norwegian indie rocker who has a delicately sweet voice. This song has some bouncy chords and is a mellow song for any day. It has a loopable quality and doesn’t seem redundant.

This is a beautiful piano song with pretty melodies. It makes the listener feel happy, then nostalgic, then confused, then sad, then contemplative, then happy again. It is also the main sample of singers Kanye West and John Legend’s “Blame Game.”

ProleteR, a French producer, takes Teddy Joyce’s “March Winds and April Showers” from 1935, and flips it around in a fun way. He isolates the main horn section from the original song and builds in some head-nodding hip-hop drums.

The guitar in this song is mesmerizing and hypnotic. The lyrics and Nick Mulvey’s voice add to the already moody atmosphere. This London-based artist channels his inner murky Thames and even mentions the Regent’s canal in this song.

Not exactly “Horses” but still a rocking song from one of punk rock’s poet laureates. From one of her more recent albums, “April Fool” features more modern production, but lyrics that are consistent with her older material.

A tranquil jazz song with brooding lyrics. Definitely a song for the more snowy or rainy days of April when you’re feeling your last and lost loves. A song that goes well with coffee or hot cocoa.

Coming from the band’s first album, this song is about the 1992 Los Angeles riots that followed the acquittal of the four officers who were recorded beating up Rodney King. It’s a ska-punk protest song filled with rage yet poetically produced.

Like many jazz standards, this has been covered by many greats such as Chet Baker, Frank Sinatra, Dinah Washington and Charlie Parker, just to name a few. It is a nostalgic song about a romantic love that has come to an end, told metaphorically through seasons and songs. Miles Davis’ version uses a brilliant trumpet to paint the picture of the relationship.