Still, Seniors Are Unlikely to be Back Playing for Colgate 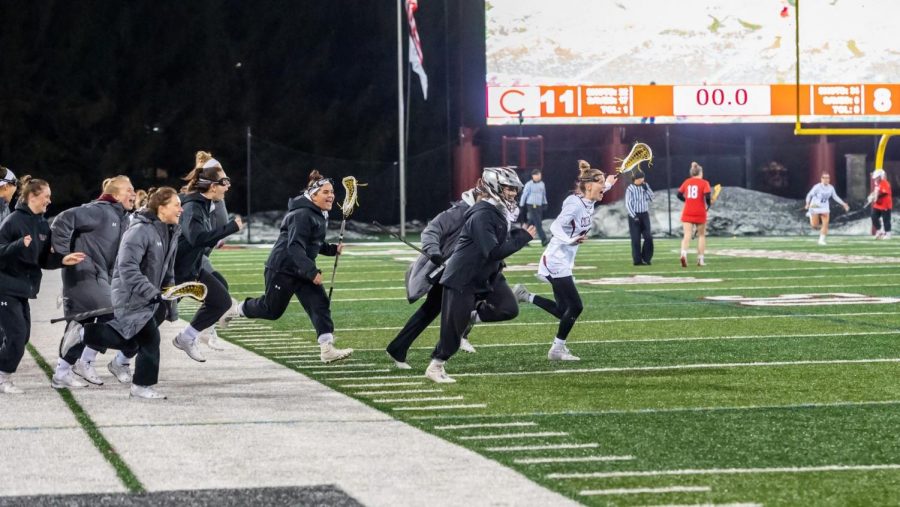 The NCAA Division I Council recently voted on several motions to provide eligibility relief for spring sports student-athletes after their seasons were canceled due to the COVID-19 pandemic.  The Patriot League does not usually allow fifth-year students, as there is an eight-semester rule. But, with the extenuating circumstances, the Monday, March 30 vote decided that the NCAA will provide flexibility in the issuance of financial aid for the current senior class during the 2020-21 academic year.

Assistant women’s lacrosse coach Jessica Antelmi addressed some of these considerations with this new opportunity for spring student-athletes to choose to play another season of college sports.

“A situation like the one we find ourselves in now really has been devastating for all college seniors, not just those that are student-athletes… I think we’ll see a lot of seniors take advantage of [the ruling], potentially changing post-graduate plans they already had set in place. We’re in a unique position here at Colgate because there are no graduate programs offered [besides a Masters of Arts in Teaching],” Antelmi said.

Colgate does not offer many graduate programs; in fact, the only one is an M.A. in Teaching. In a typical year, roughly five to ten students participate in that program (and sometimes even less).

So, a Colgate senior student-athlete on a spring sports team would likely be among a very small group from their grade to return to campus. Sometimes, students who take a gap semester will return and finish their degree in the fall or spring of the following year of their original graduating year. Those students, though, are officially reclassified to the class year below.

Senior captain of the women’s lacrosse team Ingrid Backe has considered a potential return, but she noted that her priorities on campus would be affected. A fifth-year would be about making up for the lost lacrosse season, rather than for the lost time of her senior year on campus.

“Even if I were to return for a fifth year, nothing would be the same. The team would be different, many of my friends would no longer be around and I would be working towards an entirely different degree. Everyone has the opportunity to apply for graduate school and while I believe the eligibility relief [will] aid in making a more flexible timeline for senior student-athletes, I am not entirely sure how the transfer process or fifth year at [the same] institution might look. I think that whatever a senior student-athlete chooses would be a gamble,” Backe said.

Coaches are also considering the question of whether it would be fair to let a senior student-athlete come back to Colgate for another year, seeing as non-athlete seniors and fall and winter student-athletes will not have this opportunity. Senior Selena Vanapruks said she thinks the program makes sense.

“I think it would be fair if an athlete was really hoping to go pro, but probably nobody at Colgate is. I’m also just not really sure if people would want to spend another year taking classes full time… A non-student-athlete [might] not want an extra year just for fun, so if someone is willing to take two extra semesters just to play, then go for it,” Vanapruks said.

While there are many varying points-of-view on whether a spring athlete would want to take this fifth year or not at Colgate or another institution, there also exists the question of how this would affect teams’ recruiting and roster size in the future.

“I don’t think we’ve seen the effects that the cancellation of spring sports will have on recruiting [yet]. From a collegiate perspective, it may have an effect on athletic scholarship for those returning next year. Do they receive the same athletic scholarship they received the previous semester? Would there be any scholarship for them to receive at all? Depending on each team’s and institution’s situation, that will differ [from] college to college,” Antelmi said.

Antelmi said the effect of COVID-19 on recruiting will hit high school sophomores, juniors and seniors the hardest.

“The larger impact we will face from a recruiting standpoint is the impact on high school athletes and their recruiting process. Rising juniors and sophomores, and even rising seniors still looking for a home, will be hit [the hardest]. These student-athletes relied on their spring high school season to grow, improve, and be seen… As a college coaching body, we remain optimistic that these athletes will be able to compete in tournaments and camps throughout the summer, for them and for us, but there is still so much uncertainty about what lies ahead.”