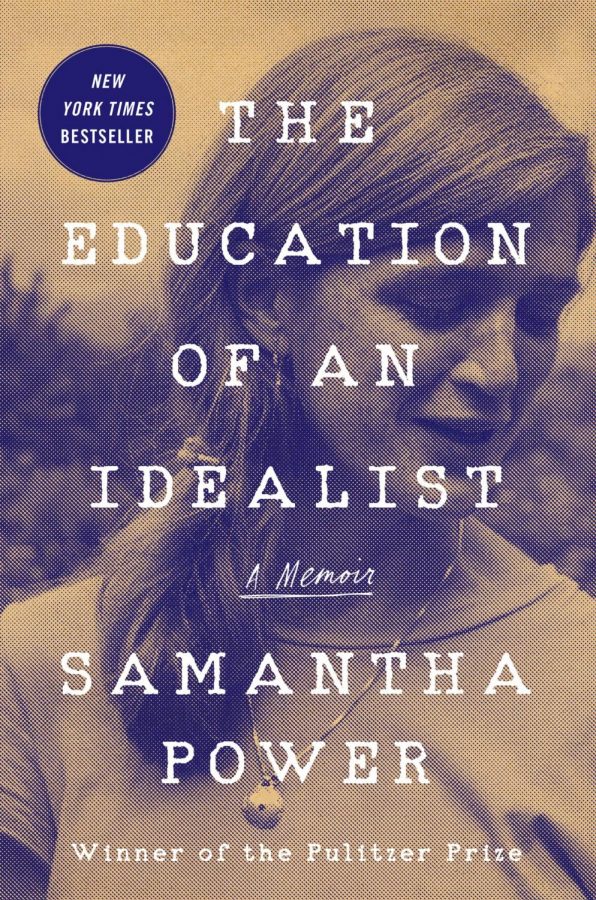 I read most literary genres, but my favorite genre above all else is memoir. I find them the most engaging, surprising and enjoyable. No story is crazier than a true one. Go behind the scenes and find out how these successful people do what they do or got to where they are. If you’re looking for a good read to take your mind off things, skip the fiction and pick up one of these memoirs.

“The Education of An Idealist” by Samantha Power

Samantha Power is a personal hero of mine and was set to be our commencement speaker for the class of 2020 until COVID-19 made graduation no longer possible. Her memoir, published late last year, follows her path from immigrating to America as a young girl with her mother, to her work on reporting genocide and America’s lack of response to the major atrocities of the 20th century, to her time in the Obama administration as UN delegate for the United States. She is a powerhouse and incredibly inspiring. While I am sure her commencement speech would’ve been amazing, her memoir is a great substitute for right now.

Robert Caro has spent his life writing extremely long books about power. He is also known for his daily routine: he wakes up and puts on a full suit simply to spend the whole day by himself writing. And you’ve been wearing the same sweatpants for a week to tune into your 10:20 zoom class, tsk tsk. As a critically acclaimed historian of Robert Moses and Lyndon B. Johnson (LBJ), Caro is known for meticulous and immersive research. To write the first volume of his LBJ series, Caro moved to rural Texas for a few years to truly understand the former president’s upbringing. He’s planning a trip to Vietnam for the final volume that has yet to be released. I’ve never heard of anyone with a better work ethic. Uncharacteristically, Caro’s memoir is quite short, but also quite funny.

Memoirs give an inside, personal look into the journey of a successful or interesting person. But the authors often tend to just share the parts that make them look good. David Sedaris, on the other hand, bares all and lets readers just literally read his diary (literally). The book spans 25 years of his life, beginning with him working odd jobs and doing meth in North Carolina, to ending with who we know him as today, a famous author and humorist living in Europe with his partner.

“Dreams from My Father: A Story of Race and Inheritance” by Barack Obama

Years before entering politics, President Obama was a community organizer and an incredible writer. The book takes you from Hawaii to Indonesia, California, New York, Chicago and Kenya, detailing his childhood up until his acceptance to Harvard Law School. His prose is beautiful and makes you want him to finish his memoir of the years in the White House even more.

I once heard on a podcast someone describe the breakdown of the fans of this memoir as something like 60 percent are Murakami fans, 30 percent are running fanatics and the final 10 percent are both, making this the best book ever for them. I fall within this 10 percent, but it is still a great memoir for all. Murakami journals his path towards completely a marathon, how he came to love running and the parallels he sees between running and writing. If you’re thinking about getting into running during this time of social distancing, pick up this book first.