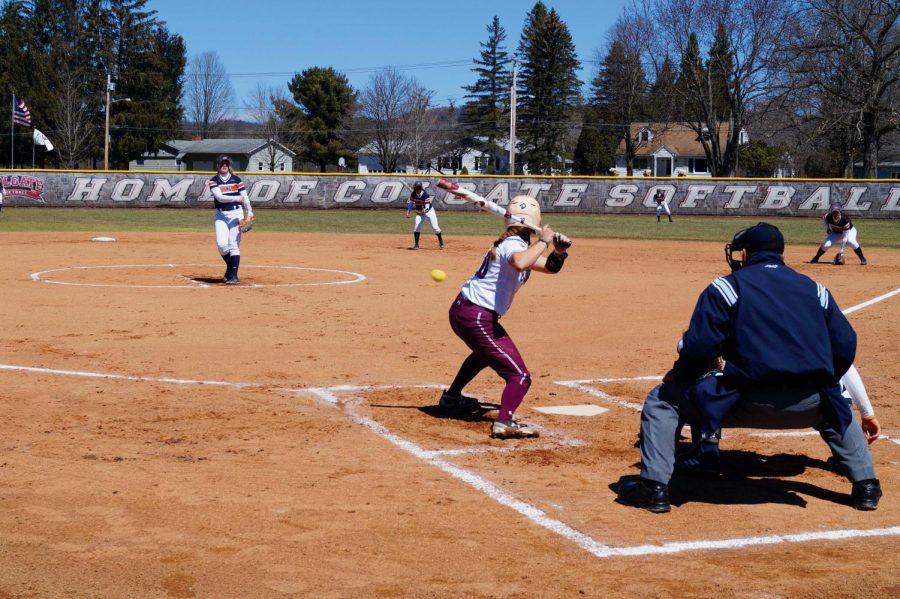 Sitting at the top of the Patriot League standings, Bucknell continued its success on Saturday capturing a set of victories over Colgate, 6-5 and 6-3.

On Saturday, Bucknell held on to take a 6-5 victory, while also winning the nightcap, 6-3. In the first game of the doubleheader, the Bison took a 2-0 lead in the top of the first, but Colgate answered right back in the bottom of the frame with a line-drive three-run home run from sophomore Jordan Miller to put them up 3-2. However, Bucknell answered in the following inning, scoring three runs as a fly ball got lost in the sun, allowing two runners to cross the plate, followed by a sacrifice fly. In what was a back-and-forth affair, the Raiders stood within striking distance due to an RBI single from senior Holly Geranen, with sophomore Virginia Irby scoring to keep the Bucknell lead at one. Geranen contributed four hits on the day, followed by notable performances from Irby who went 3-5 on the day with two runs scored, and Miller, who brought in four runs.

The Raiders stayed within one until another ball got lost in the sun in the top of the fifth, which allowed Bucknell to extend its lead to 6-4. Senior pitcher Kyle Griswald kept the Bison off the board for the last two innings, and Colgate made things interesting in the final frame. Sophomore Blake Brackett led off the frame by knocking a hit over the third baseman’s head before Irby followed by poking a single to right. Junior Meghan Romero then came up with a sacrifice fly to left to put the score at 6-5. Bucknell pitcher Raeanne Geffert got the final two outs, however, as the Bison held on for the 6-5 win.

In the following game, Bucknell and Colgate were knotted up through four innings at 1-1, until Bucknell put up two runs in both the fourth and fifth innings. An RBI single from Miller brought the score to 5-2 through five and a half. Although Colgate opened up the final inning with two back-to-back doubles to pull them within 2, Bucknell held on to win 6-3.

In their final game, Irby knocked in Colgate’s sole run for her first career home run in the fourth inning to put Colgate on the board with Bucknell up 2-1. Sophomore Jessica Hay kept the Bison hitless in relief from the fourth until the final inning, in which Bucknell scored three runs off of three hits and an error.

The Raiders headed to Syracuse on Wednesday, April 25, for a doubleheader, before returning to league play against Holy Cross next week.