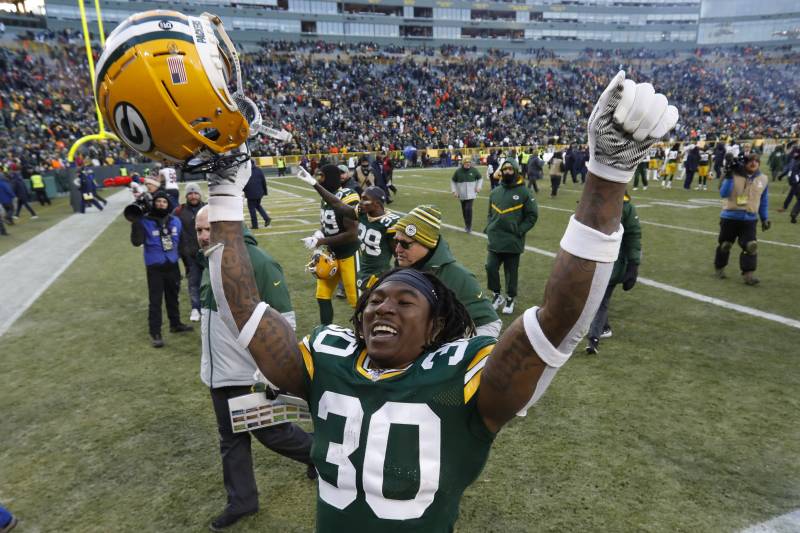 As it stands, the Chicago Bears will not pick in this year’s draft until the second round when they are up at No. 43. This is the price they had to pay to bring in linebacker Khalil Mack from the Raiders in the blockbuster trade they made two years ago.

The obvious weakness on the Bears last year was the shaky play from quarterback Mitchell Trubisky. This stemmed from a lack of production from the Bears offensive line. The Bears brought in quarterback Nick Foles this offseason to compete with Trubisky for the starting job, and it should make for some great storylines out of Chicago during the offseason– (assuming there is one).

In the 2020 NFL Draft, the Bears will primarily try to improve the offensive line. Additionally, the Bears will look to find a solid wide receiver to add to their corps, as Taylor Gabriel left this offseason in free agency.

The Bears will also look to bolster their secondary; drafting a safety or cornerback that can provide versatility for them defensively and potentially on special teams would make sense for the franchise. The Bears, heading into next season, do not look much different from their team that went 12-4 just two years ago. But this past season was different; they had many more losses and they will need to address the protection of whichever quarterback will be starting for them if they want to compete in the perennially competitive NFC North.

Detroit is entering the draft as one of the teams with the most options to wheel-and-deal. With the third overall pick in the draft and—according to general manager Bob Quinn—no intention to move on from veteran quarterback Matthew Stafford, the Lions will have plenty of calls from QB-hungry teams eyeing Alabama’s Tua Tagovailoa and Oregon’s Justin Herbert, assuming LSU’s Joe Burrow goes first overall to the Cincinnati Bengals.

Trading down for a king’s ransom and drafting multiple immediate impact players could be the team’s key to success in a critical 2020 season. After two consecutive disappointments in head coach Matt Patricia’s first two years in charge, the Lions ownership has made it clear this is a do-or-die moment for the front office and coaching staff.

Expect the Lions to make win-now moves, instead of accumulating assets and long-term projects. However, do not expect the Lions to trade too far down. Despite rumors of a trade for the New England Patriots’ No. 23 pick, Quinn has expressed that the Lions do not intend to trade down past the No. 10 selection, making their most likely trade partners the Miami Dolphins and Los Angeles Chargers. If the Lions do not make a trade, then their most likely pick is Ohio State cornerback Jeff Okudah. Okudah is a shutdown corner and could replace Darius Slay to pair alongside the newly-signed Desmond Trufant.

Coming off a 13-3 season and an NFC Championship game appearance in their first season under head coach Matt LaFleur, the Green Bay Packers should be fairly optimistic heading into the 2020-21 NFL season. They overachieved most outside expectations and showed a glimpse of what Packer football under LaFleur will bring in the coming years. The team ran the football behind a steady dose of both Aaron Jones and Jamaal Williams, played well in the trenches on both sides of the ball and quarterback Aaron Rodgers looked like the Aaron Rodgers fans have come to expect yet again. Not to mention, their new signings from last offseason (safety Adrian Amos, outside linebacker Za’Darius Smith and edge rusher Preston Smith) all showed up on the defensive side of the ball.

Still, the Packers have some obvious needs for the NFL Draft. The positions they need to immediately address are wide receiver, cornerback, offensive line and linebacker. The wide receiver class stands out and the Packers could see themselves bringing in an absolute game-changer at the No. 30 slot, pending how the picks play out before their selection. If LSU’s Justin Jefferson, Alabama’s Henry Ruggs III, Clemson’s Tee Higgins or Colorado’s Laviska Shenault are on the board, expect the Pack to make a run at one of the explosive receivers to line up on the other side of Davante Adams. ESPN draft analyst Mel Kiper has the Packers selecting Clemson’s Higgins at No. 30. If the Packers want to contend for a title next season, going with a receiver in the first round is their best bet.

In the later rounds, expect them to select a few cornerbacks and linebackers, and possibly a quarterback to sit behind Rodgers for three or four years to learn from one of the game’s greatest. Packers fans should be excited for the NFL Draft with the prospect of a game-changing receiver coming to Lambeau Field.

Ahead of the 2020 NFL Draft, two things are obvious for the Minnesota Vikings: they desperately need to replace wide receiver Stefon Diggs and they need help at cornerback. The Vikings traded Diggs to the Buffalo Bills and their pass game will be stale without an addition in the draft. Wide receiver Adam Thielen will continue to produce like he always has, but quarterback Kirk Cousins needs more help at the position if the Vikings want to make a postseason push next year.

Minnesota also lost cornerback Xavier Rhodes to the Indianapolis Colts via free agency, which might actually turn out to be a positive thing. Still, the Vikings will need to fill in the depth at corner. Rhodes had no interceptions in 2019 and his stats (including targets, yards allowed and receptions against) left a lot to be desired from the former pro-bowler. The Vikings also lost defensive end Everson Griffen in free agency, which exposes a big need on the defensive front.

Looking ahead to the draft, the Vikings will likely focus on upgrading at wide receiver, defensive end and cornerback. Some mock drafts on ESPN.com and other sites have them selecting Arizona State wide receiver Brandon Aiyuk at No. 22; this would be a good pick. Aiyuk is a speedy and athletic pass catcher who runs a 4.5-second 40-yard dash and has a 40-inch vertical leap. Other options for Minnesota include Alabama’s Henry Ruggs III, LSU’s Justin Jefferson and Baylor’s Denzel Mims (if any of them are still available). There is also the possibility that Alabama’s freakishly athletic wide receiver Jerry Jeudy will be on the board for Minnesota’s pick.

In the second round and on, the Vikings should try to nab a lockdown corner and an edge rusher. Reports are swirling that Minnesota is interested in taking an offensive guard early in the draft, so do not be surprised to see that, either.. I doubt they will use their first-round pick on a guard, but if they do, expect Vikings fans to react furiously on social media.