The Colgate Maroon-News • May 2, 2020 • https://thecolgatemaroonnews.com/23584/news/inside-the-changes-to-the-sga-elections/

Inside the Changes to the SGA Elections 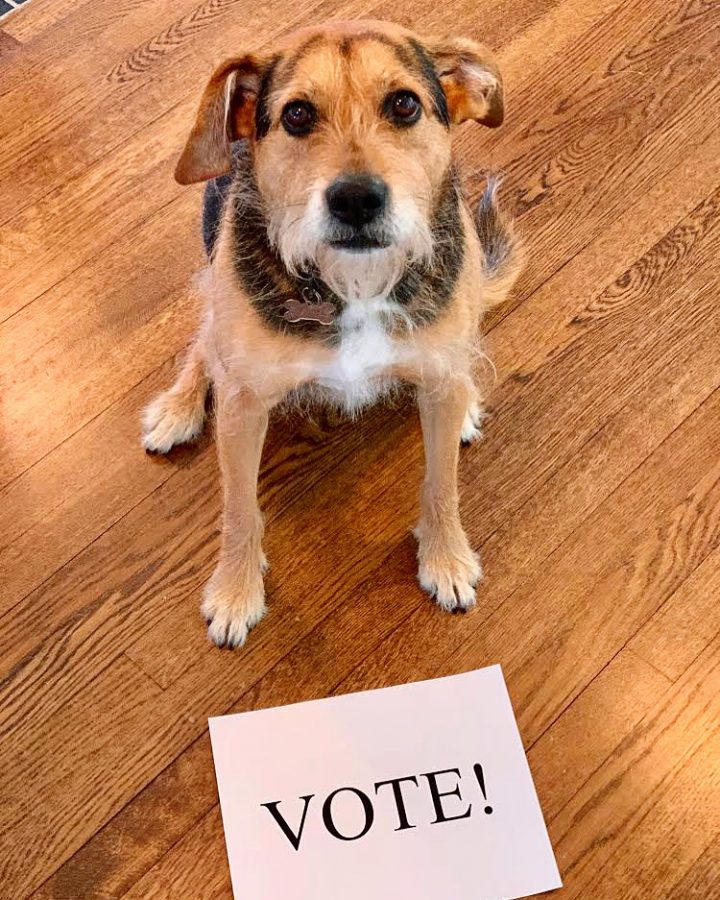 This article is part one of a two-part SGA Election series that outlines changes to this year’s executive elections. Part two will be a “meet the candidates” article introducing all presidential and Vice presidential candidates.

Student Government Association (SGA) elections for the recently reformed executive positions and election procedures are underway for the 2020-2021 year.

Constitutional reform began last summer as a side project for SGA co-president Kate Bundy and co-vice president JJ Citron, who worked as Center for Leadership and Student Involvement (CLSI) interns. Bundy said she and Citron researched the structure of productive student governments at many of Colgate’s peer institutions, finding that other SGAs use a tiered structure for the executive branch with a president and multiple vice presidential (VP) positions.

“We kind of took a comparative view at what other schools are doing and what other schools have that we’re missing, and one of those things was a tiered structure,” Bundy said, adding that Colgate’s administration under University President Brian Casey follows a similar executive structure that would allow for direct contact between each SGA position and an administrator.

The creation of the four vice presidential positions followed from previous SGA cabinet positions and responsibilities, with the new executive positions as VP of Advocacy, VP of Communications, VP of Finance and VP of Student Organizations, according to Bundy.

“We chose those because [they] were positions that already kind of existed in some form. [With] communications, we have a communications director in SGA. It’s always been a particularly flakey position,” Bundy said. “Making it a vice president position gives it a lot more autonomy and makes [them] in charge of other people.”

Bundy said that the changes to the hierarchy of positions and election process emerged in part because of the contentious nature of previous SGA executive elections.

“We haven’t had a non-contentious election in three years…since I’ve been a student at Colgate, we haven’t had a normal election, normal meaning something that just went smoothly, like someone won and someone lost,” Bundy said. “[This] is one of the things we started picking up on when we were doing our revision this summer and looking at other schools as examples.”

Bundy said the main differences from Colgate’s previous election structure and the process at other schools were the large budget, the demanding timeline and responsibility of candidates.

“Previously every ticket had been given 300 dollars to spend, which is a lot of money, no one else does that at all… It was ridiculous. Second, it was way too much on the students to do that and still be functioning humans in society, because the timeline was terrible,” Bundy said. “It was from the beginning a very competitive election.”

The changes to the executive structure and election process also includes the move from campaign teams of 11 students, including the president and vice president ticket, to individual candidate tickets for each position, without campaign teams.

“Ultimately, everyone knew it was a very subjective process, you had kind of a token person for as many communities on campus as you could find, and that was kind of the big critique of the system, and we didn’t want that,” Bundy said. “It’s just not very representative of the student body.”

The SGA Senate passed executive position reforms on February 20. The current executive has also worked throughout the year to consolidate the student government as a whole and encourage more communication between branches of government, following the lead of peer institution student government associations such as Williams College.

Sophomore senator Kate Connelly said that she supported the new constitution’s restructuring of the executive.

“There are so many aspects of campus that can go unnoticed [by the student government],” Connelly said. “The new VP positions will bring more legitimacy and therefore more responsibility for [each] officer.”

However, Connelly said she was disappointed the senate voted to amend the constitution to not allow for the presidency to be shared by two students.

“I think [Johns] and [Bundy] really showed how great a co-presidency can be,” Connelly said. “I truly believe they wouldn’t have been able to make such great change on campus if only one of them had the position.”

Along with the new structure of the executive, election commissioners sophomore Phoebe Sklansky and junior Georgie Von Furth worked throughout the semester to revise the election handbook and reform election procedures, passed by the senate on March 10.

“We were already planning to have candidates campaign primarily through digital mediums,” Sklansky said.

With presidential elections taking place off-campus, candidates are losing the opportunity to speak and answer questions in person and through the previously planned ‘meet-the-candidates’ event replacing the town hall held in previous years. However, Sklansky emphasized that given the changes made to the structure of elections and campaigning, students being off-campus did not thwart the process to the extent it could have, calling the relatively easy adjustment a “lucky coincidence.”

Sklansky said a notable change from past years’ elections is the removal of individual campaign social media and websites. Instead, the Election Commissioners have run the SGA Instagram account and website leading up to and during the voting period with similar materials sent in by each candidate, including a ballot statement, main platform points, headshot and two videos of two minutes for the SGA YouTube and 30 seconds for the Instagram, according to Sklansky.

“We did this out of concerns that not all candidates and students have the same access to the internet at home, and we wanted to take into account the mental toll caused by the pandemic. We felt that asking the candidates to run their own campaign accounts during this time would place an undue burden on them, as well as create inequitable access to these accounts,” Sklansky said. “We are striving to make this election as open and equitable as possible.”

Sklansky and Von Furth’s primary duties in the election process involve mediating between candidates, current administration and SGA bodies, as well as monitoring voting and results, to ensure that the elections are carried out fairly. However, the monitoring of results is more restricted than in previous years.

“It’s our job to make sure the candidates are informed of the decisions being made and to provide them with any support they need. To ensure the election is carried out fairly, [Von Furth] and I don’t have access to GetInvolved results during the voting period. Once we sent out the link to the election, our access was removed, and we’ll get it back once voting closes so we can announce the winners,” Sklansky said.

Previously, each ticket for president and vice president, along with their campaign team, was allotted 300 dollars in campaign financing from the SGA budget. The new election handbook, allots 20 dollars per candidate ticket for campaign materials.

The new handbook had limited the use of posters and banners in an on-campus election. Controversy arose in last year’s election over poster policy violation due to miscommunication of the policy, according to a previous Maroon-News story. In the new handbook procedures, all posters hung on campus would be printed and managed by the election commissioners, not using the allocated candidate budgets. However, with the shift to all election procedures taking place online amid remote instruction due to the coronavirus, no poster materials or candidate budgets were allotted, according to Sklansky.

Von Furth said she and Sklansky pursued their aims in campaign finance reform were an effort to make the elections more representative.

“In terms of national trends, something that was appealing to [Sklansky] and I was limiting the budget,” Von Furth said. “We are both really interested in campaign finance reform and having that smaller, more equal budget is a little bit more representative of some pro-democracy ideals that we want to work towards.”

“Clubs have to be more transparent about why they’re endorsing a candidate and how that aligns with their club or social groups mission, like pointing to a tenant in each candidate’s platform is going to be just to aid in transparency,” Von Furth said, stressing what she called “general trends towards making this election more simple and transparent.”

Along with formal reform to election procedures, Von Furth said she and Sklansky had originally planned efforts to increase voter turnout by tabling in the COOP during the voting period, with laptops available for students to vote. However, with the transition to remote instruction, Sklansky said they’ve had to rely solely on social media to encourage voter participation, using a photo from Casey of his dog Emrys, among other content encouraging students to vote.

“We’ve been posting regular voting reminders on the SGA Instagram account,” Sklansky said. “It’s definitely not the ideal method for increasing voter turnout, but it works.”

According to Sklansky, because no candidate ran for the VP of Advocacy position, there will likely be a special election in the fall to fill the position. While candidates are running for all of the remaining positions, the VP of Finance, VP of Student Organizations and VP of Communications positions are uncontested with a single candidate running. Candidate for VP of Communications junior Ben Becker is also running for the presidential position and would only be able to fill one position if elected for both in accordance with the constitution.

Sklansky said she feels the newly structured executive positions could have been better promoted better and explained to the student body. She also noted that uncontested tickets for president and vice president are not unheard of in recent SGA election history.

“Maybe some potential candidates didn’t have a full grasp on what their responsibilities would be,” Sklansky said. “There’s definitely a history of very few students running. Honestly, I think it’s impressive that we ended up with [four] candidates [and five tickets] given this history, and I think we’d have had more had the pandemic craziness not [happened].”

Connely said she’s unsure if the lack of contention for the new executive is related at all to the new structure of positions, but also mentioned the shift to remote learning as a possible factor.

“It is hard to tell, though, if this is from the remote learning situation or if it is from general disinterest,” Connely said.

Bundy said following the election of the new executive branch, she anticipates the new positions requiring time to take shape. She notes the changes to SGA earlier this year that made senators the student representatives on university governance boards, previously separate and less responsibility-intensive positions.

“What we outlined in the new constitution was basically who’s in charge of who and also mentioned what the old position was so that when the four of us leave next year, people can look back at other models,” Bundy said. “I think it’s going to take some time to roll out. I also think it’s going to take some time to be ingrained—what we’ve seen this year is [that] even though you can change a position and give people different titles, the knowledge and the functionality of that position doesn’t become [reality].

Voting began April 26 and is open to all current students, including seniors, through Saturday, May 2 at 5 p.m. EDT on GetInvolved. The link to vote was also sent in an email to all students April 26. Candidate platforms and information can be found on the SGA website.