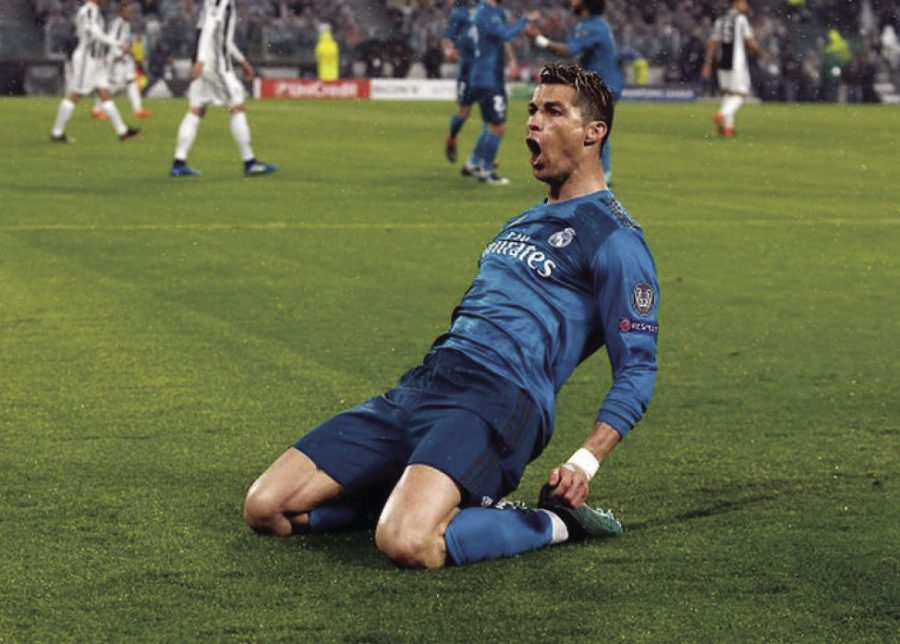 Christiano Ronaldo capitalized on a controversial penalty call against Juventus to send Real Madrid to the semifinals against Bayern Munich.

If you want an intense, intriguing set of games to help you procrastinate from doing homework on Tuesdays and Wednesdays, look no further than the UEFA Champions League. The UEFA Champions League is the only competition in the world that has world class teams from different countries come together and play a highly competitive tournament. Last week’s set of games definitely did not disappoint in terms of competitiveness and suspense. In the quarterfinals, we saw upsets, dramatic finishes and, most importantly,

First, we saw a crazy Real Madrid versus Juventus matchup. In the first leg at Juventus Stadium, we saw a fairly even match in terms of opportunities that each team had. However, in typical Real Madrid fashion, they were clinical on the counter attack and converted three opportunities to take 3-0 lead back to the Santiago Bernabeu. One goal included a higlight-reel Ronaldo bicycle kick that had me jumping out of my seat. In the second leg it was expected that Real Madrid would take care of business as usual and cruise to the semifinals. This couldn’t have been further from the truth. Real Madrid came out completely flat and conceded two early goals. Early in the second half, Juventus found their improbable third goal which put them level on aggregate 3-3. Just as the game looked to be going to overtime, Real Madrid earned a penalty kick and Ronaldo converted it to solidify their fate into the semifinals.

The most anticipated quarterfinal matchup was between Manchester City and Liverpool. Most fans expected Man City to cruise to victory based on their Premier League success. But Liverpool’s Mo Salah did his best to change fans’ minds. In the first leg we saw a surprising, dominating display from Liverpool that left them up 3-0 in the conclusion. The second leg was a little more compelling but City didn’t really stand a chance with Liverpool’s ruthless attacking. After an early goal from Gabriel Jesus, Liverpool put two goals in that would send them through to the semifinals led by Roberto Firmino and Mohamed Salah.

In the third quarterfinal we saw an upset that will last for the ages. The overwhelming favorites, Barcelona, opened their first leg at the Nou Camp against Roma with a dominant 4-1 win behind great play from forward Luis Suarez. Going into the second leg, Roma needed to score at least three goals to give themselves a sliver of a chance to go on. Through goals from Edin Dzeko, Daniele De Rossi and Kostas Manolas, Roma did the impossible and knocked off Barcelona to reach the semifinals in dramatic fashion.

In the least suspenseful quarterfinal, we saw Bayern Munich line up against Sevilla. Sevilla was coming off a huge win at Old Trafford that would, no doubt, give them momentum coming into this matchup. However, this was not the case. Bayern won on the road 2-1 putting Sevilla’s chances in high doubt. Bayern then followed up this result with a scoreless tie that punched their ticket to the semifinals.

The semifinal matchups are ones that you will not want to miss. We will see Liverpool go against their star player Mo Salah’s old club, Roma. We will then see the game we’ve all been waiting for: a rematch from last year’s Champions League Quarterfinals in which we saw Real Madrid controversially go through. Real Madrid and Bayern Munich will go at it for a spot in the Champions League Final. In these games, I see Liverpool having a tough time with the peskiness of Roma, but eventually going through because of the firepower of their front three: Mo Salah, Sadio Mane and Roberto Firmino. In the Real Madrid versus Bayern Munich semifinal, I foresee a close matchup but eventually Real Madrid will prevail. They have too much speed and intelligence on the counter attack, and they will be ready to play because of their lackluster showing against Juventus that saw them lucky to get through. Overall, I highly recommend watching all of these games. It’s suspenseful, exciting and, most importantly for us college students, it only takes up two hours of our time.