The Colgate Maroon-News • May 9, 2020 • https://thecolgatemaroonnews.com/23603/news/colgate-professor-named-editor-of-american-journal-of-physics/ 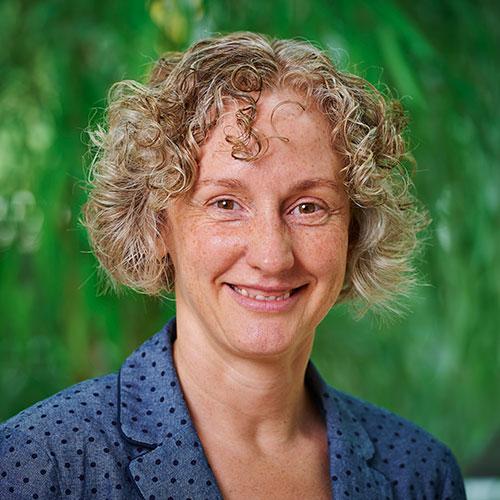 Associate Professor of Physics and Astronomy Beth Parks will become the editor of the American Journal of Physics (AJP) beginning on September 1. Parks has been at Colgate since 1997 and teaches courses in the Physics department and instructs a CORE environmental studies class on energy and sustainability. She has also led multiple Colgate study groups to Wales as well as two extended study groups to Norway.

In an article published by the American Association of Physics Teachers (AAPT), Search Committee Chair Eugenia Ektina stated that the committee was, “very excited to have been able to select AAPT’s first female journal editor from such a strong pool of highly qualified applicants.”

The AJP is a prestigious journal that focuses on topics centered on physics and teaching physics. A highly selective publication, the AJP publishes only 100 articles per year after a careful selection process. One of the editor’s main responsibilities is to oversee peer review in order to ensure the quality of the articles selected.

“Many physicists have told me that it’s their favorite physics journal, and the only one that they peruse cover-to-cover each month. I feel a strong obligation to these readers to maintain its quality,” Parks said in the AAPT article.

Parks, who completed her undergraduate education at Princeton University in 1988, said she first subscribed to the AJP before completing her Ph.D. at the University of California, Berkeley and used it while beginning her career as a professor of physics.

“I eagerly searched the issues for ideas that would enhance my teaching. AJP has made me a better teacher and a more informed physicist, and I hope in the coming years it will continue to present articles that will inform, instruct, and delight,” Parks said in the AAPT article.

Parks shared her excitement for the new position, explaining that while she has done plenty of writing and helped fellow colleagues edit their writing, she has never edited a journal before.

“Since articles in the American Journal of Physics should be accessible to all physics faculty, and not just those in a specialized research field, clear writing is strongly valued, and the editor works carefully with the authors to polish the articles,” Parks said. “I’m very much looking forward to that aspect of the work, and to producing a journal that serves my community and enhances physics teaching.”

Parks is currently conducting numerous research projects with students on campus, including a new one on the properties of carbon nanotubes. She is also working on developing an inexpensive method for measuring wall insulation, which has been tested in Colgate buildings and private homes.

“I’m also working on projects that started with my Fulbright fellowship in Uganda in 2015-16, both measuring particulate pollution, and developing an inexpensive mount that improves the energy collection of solar photovoltaics by tracking the sun,” Parks said.

Sophomore Eric Matt chose Parks as his faculty advisor for his physics concentration after taking Physics 131: “Atoms & Waves” with her. Matt said that while the course was quite challenging, Parks was always prepared and handled questions well. He described her best attributes as being articulate, interactive and dedicated, but also approachable and considerate.

“[Parks] has had a large influence in my pursuit of a physics major and she is always the first person I go to on-campus with questions,” Matt said.

Parks said that her experience with Colgate students, especially through working closely with students to improve their writing in her senior research course, has prepared her for her new position at AJP.