The Colgate Maroon-News • May 18, 2020 • https://thecolgatemaroonnews.com/23637/af/colgate-junior-karina-cheahs-the-side-of-the-veil-soon-to-be-published/ 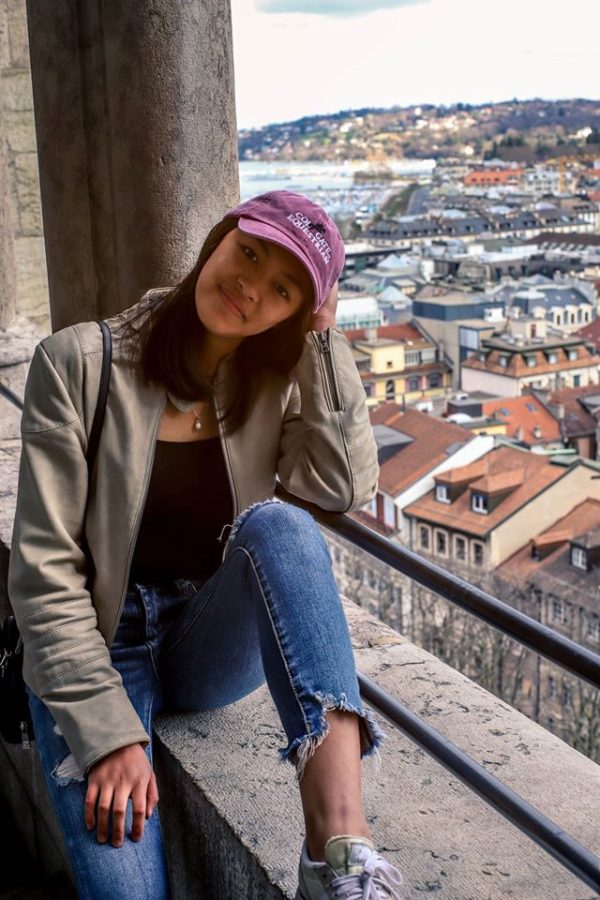 For junior Karina Cheah, the story begins with a phone call and an unspeakable tragedy. In the summer of 2018, while traveling with her family in Malaysia, she received a text telling her that her good friend Kelsey had been killed in a horseback riding accident at the camp where Cheah grew up riding. The loss hit her hard, and she felt totally alone.

“I wasn’t around anyone I felt comfortable talking about it with. I internalized it,” Cheah said.

Without any time to process her grief, Cheah returned to Colgate for her sophomore year. Though she is a creative writing minor and fiction specialist, Cheah did not have the chance to write about the accident until the spring of 2019 when she decided to challenge herself and take Associate Professor of English Jennifer Brice’s Creative Nonfiction workshop, which focuses on personal essays.

“The class was a great place to figure out what I’ve been feeling and put everything down on the pages for the last essay of the semester,” Cheah said.

As part of her final grade, Cheah wrote a long essay processing the grief she was feeling and read it publically at the class’s final reading. Though Cheah called the experience “cathartic,” it was an experience that left her feeling both uncomfortable and motivated.

“At the class reading, I read part of it and realized that it felt okay to talk about it and it motivated me to keep going and do something else that wasn’t so vulnerable… I wanted to return to fiction because I am comfortable with it and felt better exploring different stories through different characters,” Cheah said.

With the help of Georgetown professor Eric Koester, she did just that. “This Side of the Veil,” a series of fictional short stories with unconnected characters who move through the grief of losing someone they love, was born.

“Essays are too personal at this stage because I don’t feel comfortable sharing the full story but I wanted to do something to give back to [Kelsey] and to try to capture a multitude of experiences. Obviously I can’t get everything because I don’t know everything. Grief is universal but different for everyone. I didn’t want it to just be about me,” Cheah said of her decision to return to fiction.

Koester approached Cheah in the summer of 2019 over LinkedIn and invited her to enroll in the B-School (Book School) program as an online student. The program uses an entrepreneurial approach to creating a book, and each student finishes the class with a published work. Hundreds of students enroll, writing everything from poetry chapbooks to novels to collections like Cheah’s.

While enrolled, Cheah attended a number of weekly Zoom meetings with Koester, who helped with the writing process, and connected Cheah to all the people necessary to write a book, including her publisher with New Degree Press, editor, cover designer and copy editor.

As Cheah was familiar with the workshop format and receiving critique, her schedule mostly included meetings with her developmental editor from October through January. In January, her publisher greenlit the rough draft and it moved into revisions with a second editor. The project is now in cover design and final copyediting. Though Cheah is a creative writing minor at Colgate, all the work she did on this project was through Georgetown.

“None of the Colgate English department has seen the manuscript… I suppose I should show it to [Assistant Professor of English] C.J. Hauser at some point,” Cheah said.

For Cheah, this process has been incredibly difficult. Because the collection is not just her own story, she has had to shape the stories of others and make them compelling. One of her favorite stories, “To Follow a Star,” for example, follows a young graduate whose aunt committed suicide and has to process that grief without a familial support system.

Though the process has been difficult, it has also been cathartic. The long project has given Cheah the opportunity to explore her own grieving process, channel them into other characters and to begin the process of moving forward without Kelsey in her life.

“The final story, ‘Dear Kelsey,’ is a letter to her. It’s my way of telling her what I’ve been thinking and what I’ve been trying to do since the summer of 2018 and wrestling with the insecurities of having the authority to tell the story in this way. It’s been very sad but also very cathartic and very good for me,” Cheah said.

Right now, the project is still in the final fundraising stage on IndieGogo.com, facilitated through pre-ordering copies of the book. Funds go towards the cost of publishing, cover design and layout as well as paying Cheah’s editor. Without this final funding, publishing may be delayed. By contributing to the campaign, buyers receive early access to author’s notes, information about the launch party in August 2020, and the opportunity to help choose the cover. “This Side of the Veil” is projected to be published in July 2020, with copies sold both on Amazon and in local bookstores.