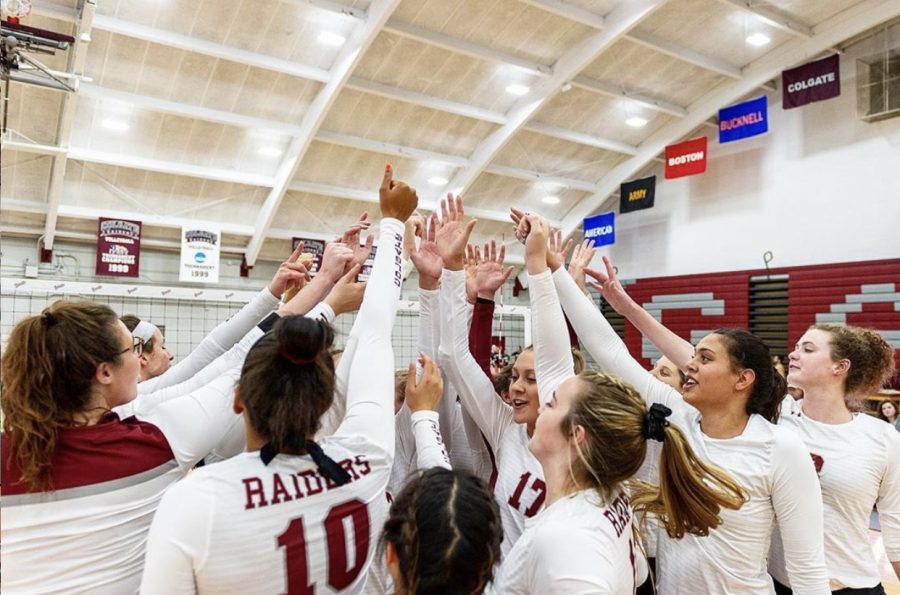 The Colgate Athletics community discussed recent national outrage following the murder of George Floyd and racism on Colgate’s campus in an open discussion hosted by Vice President and Director of Athletics Nicki Moore on June 9. The discussion included coaches, administrators and student-athletes representing every team on campus.

The conversation began with a brief opening statement from Moore, followed by intimate discussions of personal experiences involving race on campus and elsewhere and how to move forward. Students, coaches and administrators shared personal accounts of situations in which they experienced or saw racism in their own lives and at Colgate. Long moments of silence reflected the uncomfortable nature of the conversation, as all but a few voices remained silent during this portion of the discussion.

Field hockey player and junior Ally Yu said that while the silence in the first conversation might have felt tense and awkward, it also was powerful. She said that the silence represented a moment of consideration following the words of those who were strong enough to speak up.

“Silence can be awkward but it can also be powerful…I think that silence can show how moving a statement is. In that moment of silence after a personal experience regarding race was shared, I was shocked. I couldn’t find the words to express how awful it was to hear what people who I am close with go through. I can’t speak for everyone but I think the silence represented sympathy. It represented a moment in which people were learning about racism,” Yu said.

The group was then split into several breakout rooms on the Zoom call, each group tackling more individual questions related to incidents that students and coaches had seen on campus of racial bias and how the Colgate community deals with racism.

Following the brief breakout discussions, Moore brought everyone back into the larger group conversation to discuss some of the key points made in the breakout sessions. This time, many more individuals were willing to speak up and voice some of their opinions they shared with their smaller groups. Main talking points included topics of white privilege, the importance of having difficult conversations and allyship. A few students and coaches also spoke about the complicity many community members in choosing to remain silent during this crucial moment in the history of Colgate and the nation. Many spoke about how, from the students to the administration, individuals are all culpable of silence on the issues that are coming to the fore in individual communities and on campus, and that is something that everyone agreed needed to change.

Women’s soccer player and junior Adrienne Vaughn said that no change could actually happen without incorporating people of color and, more specifically, Black staff and athletes, into the discussion. She noticed the lack of diversity even in the Zoom call itself, which was a microcosm of the larger issue of a lack of Black representation on campus.

“Coaches really need to work on recruiting Black athletes. Administration, you guys need to work on recruiting and retaining more administrators and staff of color because, without exposure, you’re not going to really learn from anything. It’s great to go and watch a podcast or go and read a book about racism, but it hits home differently and touches you differently when you actually have friends who are people of color,” Vaughn said.

After those remarks, students again broke out into smaller groups to discuss some changes that need to be made on campus specifically to combat racism and a lack of inclusion. Discussions of course requirements that include race-conscious material was a common suggestion. The group talked about how educating students on the issues that occur daily for Black Americans is a necessity for sparking any sort of change.

Field Hockey player and senior Josie Cook said that she thought the breakout rooms were productive.

“[I] thought the breakout rooms were very beneficial, especially in talking about changes we want to see on campus. It allowed for students to use their voices and hold both their peers and administrators accountable,” Cook said.

Proposals of change continued as the small group discussions subsided and the participants on the call were brought back together in a larger conversation. Students in the larger group began to call upon the present administration to be more active in facilitating change on campus. Students again noted a lack of Black representation both in the student body and in the faculty and staff as an integral issue that needs to be addressed. Several of the same themes from earlier in the conversation arose as the conversation came to a close.