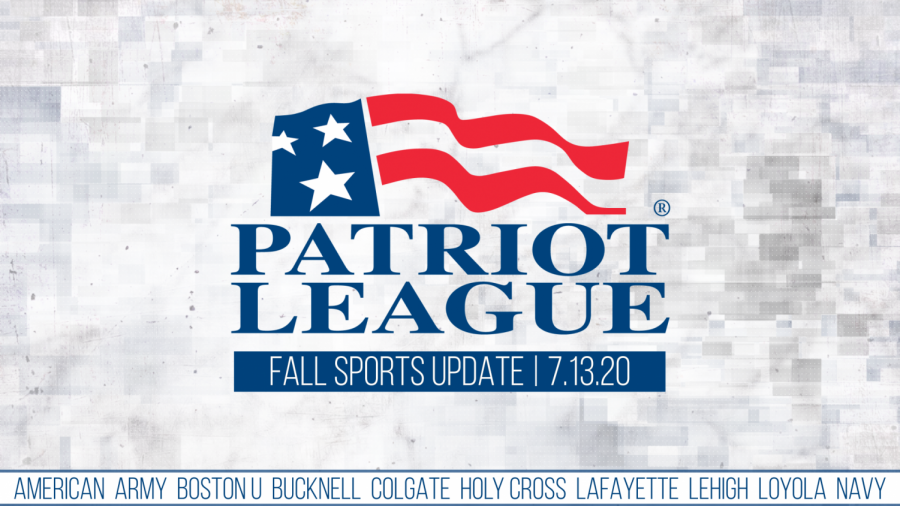 The Patriot League Council of Presidents announced on Tuesday the suspension of all competition for the fall 2020 season. The July 13 news cited challenges the COVID-19 pandemic presents to the campuses and communities of the conference members and the complex logistics of preventing the spread of COVID-19 in athletics, including risks of travelling for games. However, the league noted that team practices, including strength and conditioning, will be permitted for all fall sports so long as health and safety conditions support those activities.

The lone exception to this rule is that the United States Military Academy and the United States Naval Academy will be allowed to engage in competitive opportunities as considered appropriate by their respective superintendents, given service academies’ unique environments and missions within higher education. With its decision, the Patriot League becomes just the second Division I conference to cancel their fall sports season, following the decision made by the Ivy League conference last week.

College athletic administrators have faced an arduous task over the previous several months figuring out how their schools could return to competition this fall in the midst of a global pandemic while also prioritizing the health and safety of student-athletes and coaches. However, as the start of the new academic year drew closer and COVID-19 cases continued to surge across the United States, the writing on the wall became clear. The Patriot League came to the conclusion that this balancing act proved impossible and reached a decision to cancel their upcoming fall season.

“From a health and well-being standpoint, things are not getting better in this country. It became clear for us that it wasn’t going to be in the best interest of our communities to have athletics this fall,” Heppel said. “It’s sad. It’s gut-wrenching.”

Vice President and Director of Athletics Dr. Nicki Moore released a statement later that day, highlighting the importance of athletics over Colgate’s history, noting that the department remained active even during both World Wars. However, as Moore acknowledges, the current circumstances facing our country leaves the conference with no choice but to suspend competition.

“It is now clear that suspending fall sports is necessary to protect the health and safety of our scholar-athletes, our campus, and community; and, to render a high-quality student-athlete experience,” Moore said in the statement. “This decision is certainly disappointing for our scholar-athletes, coaches, and staff — and for me; yet, it is clearly the right thing to do.”

With the decision made to cancel sports for the fall season, the question that remains is whether accommodations will be made to allow fall sports to take place next semester. Despite Heppel’s willingness to entertain this idea, she acknowledged that too much currently remains unknown to make any judgements at this moment.

“By talking about spring, we’re jumping right over winter, and there are many challenges around winter. I think we owe it to be honest and transparent about the fact it is going to be very challenging,” Heppel said.

While other major collegiate athletic conferences have been slow to make decisions over their fall sports — likely in part due to the enormous revenue losses that would ensue — the Patriot League’s decision to cancel their fall season emphasizes a commitment to the health and well-being of their student-athletes and the communities of its member institutions.