Who Will Come Out of the Eastern Conference This Season? 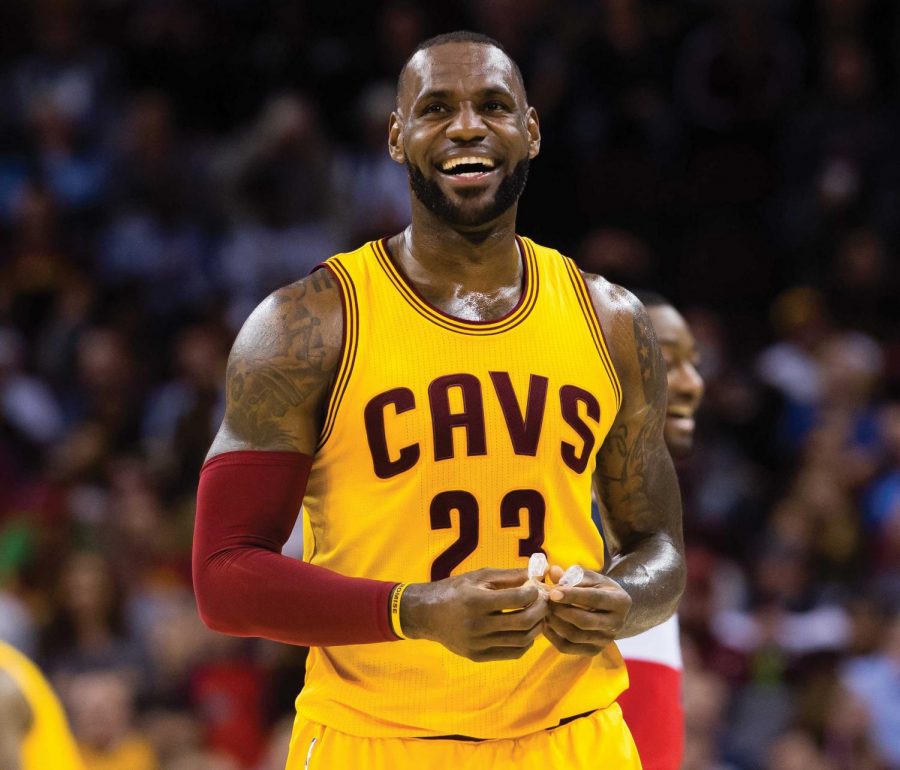 LeBron James has owned the Eastern Conference wherever he goes. Will this be the year someone else reaches the NBA Finals from the East?

The road to the NBA championship in the Eastern Conference seems to be more highly contested this year than last, however one should expect to see the same teams in the finals as in the last three years: the Cleveland Cavaliers and Golden State Warriors.

Coming into the playoff picture as the fourth seed in the Eastern Conference, the Cavaliers promptly fell behind two games to one in their first playoff series with the Indiana Pacers. They were able to tie the series up at two games a piece on the back of LeBron James’s 32 point performance (LeBron scored 46 points in their Game 2 win). In

analyzing the Cavs’ two victories, it is apparent that they find success when LeBron is efficiently scoring and facilitating the ball – something fans should expect to see more of given his history of doing so in the playoffs.

Once the Cavs make it out of the first round, they will most likely be facing higher caliber teams than they have in the past three years. The first-seeded Toronto Raptors and third-seeded Philadelphia 76ers have both exceeded regular season expectations and shown promising starts to the 2018 NBA playoffs. However, both of these teams are riddled with inexperience and youth.

The Cavaliers proved in their 2016 championship victory after going down 3-1 to the Warriors that they can persevere through rough starts. The perceived talent of their roster may seem lacking compared to their competitors, but having the greatest basketball player of all time on your team is an unparalleled asset. Whether the Cavaliers will be able to even the score with Golden State is unknown, but it is undeniable that they will be there once again competing for the Larry O’Brien trophy.

Historians will look back at the decade known as the 2010s and notice that a great many things have changed from 2010 to 2018.American politics has slowly but steadily plummeted into a shouting match between sides, American Idol has come and gone more times that Brett Favre, and all of your personal data is now in the hands of two men named Zuckerberg and Bezos. Among a decade of change one thing has remained consistent: LeBron James’ dominance of the Eastern Conference. Before every single NBA season this decade, it would have been considered a very safe bet that LeBron

(during his tenure with the Heat or in his return to Cleveland) would reach the NBA finals amidst a consistently dilapidated Eastern conference. In fact, the last time LeBron was not representing the Eastern Conference in the finals, Ke$ha’s “Tik Tok” and Katy Perry’s “California Gurls” were topping the charts.

This year will be no different from the past seven, as the Cavaliers will reach the finals this year for the fourth season in a row. Yes, I am fully aware that the Cavs currently have their hands full with Victor Oladipo and the

Indiana Pacers. However, playoff LeBron will soon show up to Quicken Loans Arena and prove to the doubters why his name deserves to get mentioned with Michael Jordan’s. The only team with a chance to stop the Cavaliers is the one-seeded Toronto Raptors, and even then they would have to pull out all the stops. Playoff LeBron is not one to be trifled with, as he will soon flip the switch and destroy any hope that the Pacers had to be the first team to knock out the King this decade. Death, taxes, Silicon Valley invading your privacy and LeBron representing the East in the finals.

The Eastern Conference has been under LeBron’s absurdly large thumb for far too long. It’s finally looking like his reign of terror may end. As of Saturday, the Cavs were behind in their series 2-1 to the Indiana Pacers, a team no one expected to even make the playoffs. Lebron can still put the team on his back (as he did in Game 2, where he scored 46 points), but they’re no longer a lock for the Finals.

But if not the Cavaliers, then who will have the pleasure of getting absolutely demolished by the Warriors or Rockets in the Finals?

My pick is the Kings of the North, the Toronto Raptors. Led by Kyle Lowry and DeMar DeRozan, the Raptors might just be the least respected one seed in NBA history. They’ve been playing great basketball all year long. But because they don’t have a history of success (zero NBA Finals appearances) they don’t get any respect. They were the best team in the East during the regular season, and they’ll be the best team in the East in the postseason.

This is honestly more due to the weakness of the conference. LeBron doesn’t have enough help in Cleveland. The Celtics are too injured. The 76ers are an intriguing team who got hot at the end of the season, but I don’t think they can top Toronto in a seven game series. The Pacers, Heat, Bucks, and Wizards are just happy to make the playoffs. Toronto is my pick to make their first NBA Finals in franchise history.