WNBA is Back with a Message 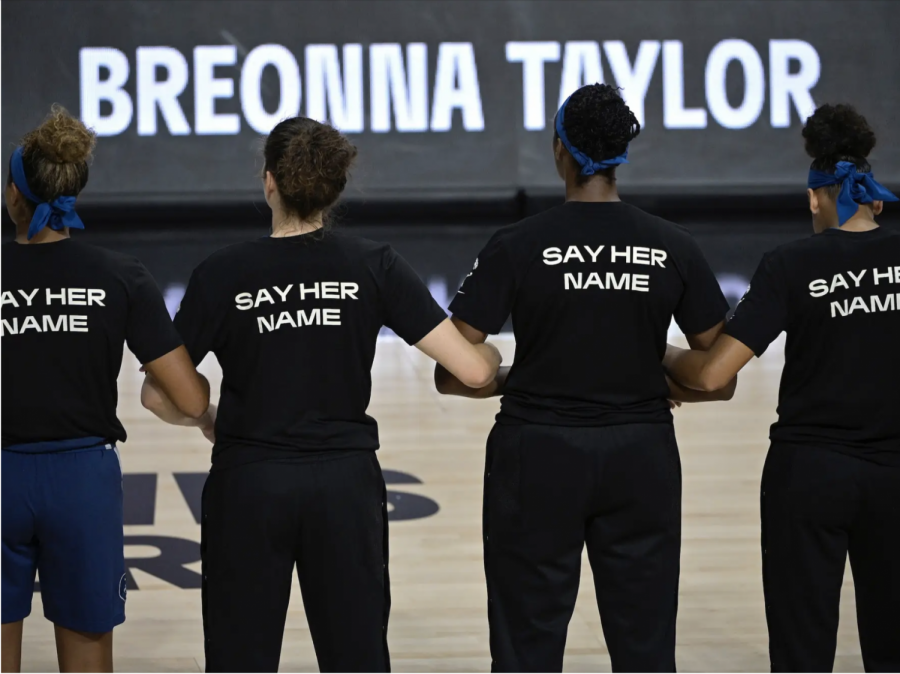 Prior to the tip-off of the WNBA’s opening game between the New York Liberty and the Seattle Storm, the players held a 26-second moment of silence in remembrance of Breonna Taylor, a 26 year-old woman shot and killed by Louisville police who entered her home on a no-knock warrant. The WNBA has dedicated their season to Taylor and the #SayHerName movement, the social justice campaign that brings awareness to police brutality against Black women.

Clarendon’s words spoke volumes to the manner in which Black women are often forgotten in the fight for racial equity, especially in unjust policing. The two WNBA players also mentioned how this upcoming season would be dedicated to Breonna Taylor.

Many WNBA players had Breonna Taylor’s name printed on the back of their jerseys, including Phoenix Mercury center Brittney Griner.

Many NBA players followed the WNBA’s lead, sharing messages about Breonna Taylor in recent post-game press conferences. Los Angeles Lakers superstar LeBron James said in an interview that he “want[s] to continue to shed light on justice for Breonna Taylor and for her family and everything that’s going on with that situation.” James then said the next step would be to have “the cops arrested who committed that crime.” Other players like Tobias Harris of the Philadelphia 76ers also voiced their support to the Say Her Name campaign, and the fight for justice for Breonna Taylor.

NBA players also showed their support for their WNBA counterparts by wearing orange WNBA hoodies that symbolize the importance of women in basketball. The orange hoodie was actually the top-selling product on the NBA Store’s website on July 25. They were worn by the likes of Jaylen Brown, LeBron James, and other NBA stars for the support and celebration of the WNBA season and women’s basketball. The WNBA players have been leaders in the social justice campaign in basketball, and they feel that they should also be seen as leaders on the court.