How COVID-19 Has Affected First-Year Travels and Preparations 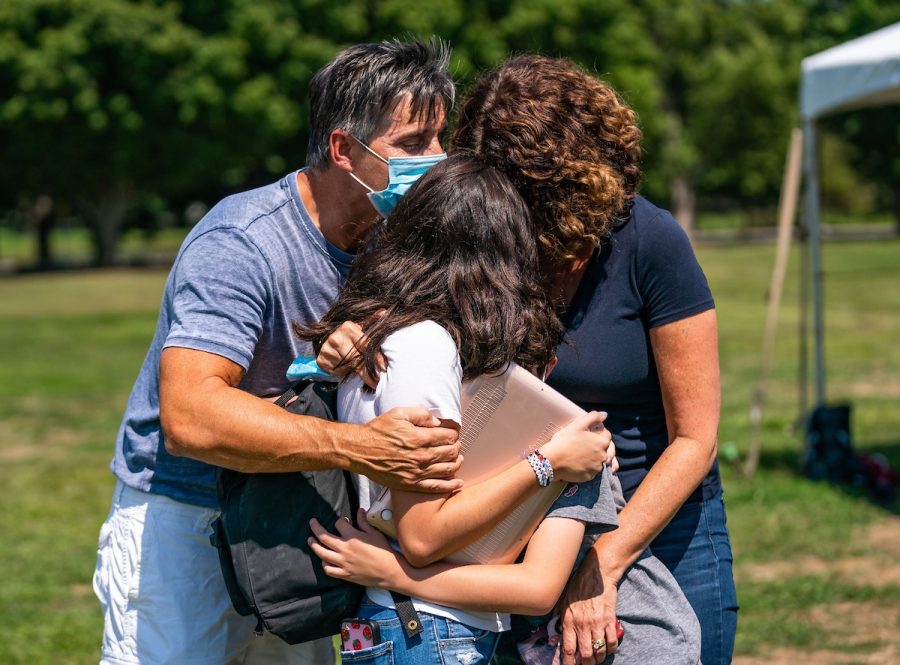 As a first-year leaving my home for the first time, move-in day this year is not something I’m looking forward to. Just like every other big event during the pandemic, it feels oddly impersonal. My mom is staying home as she can’t come into my room, and my brother, dad, and dog will be dropping me and my bags off in the parking lot. I’ll leave them there and wave goodbye as I walk up the stairs to see my new home — without the people that make me feel at home. Sure they’ll get pictures, videos, FaceTime calls and lots of questions about things I could easily Google, but the fact that they won’t be there experiencing it with me is painful.

The pandemic has not only changed what will happen when I arrive on campus, it has also changed how first-years are getting to campus. For me and my family, this meant we suddenly had the time to do a cross country road trip from our home state of California to Hamilton and later to Boston for my brother. The original plan was to bring my car along with us and caravan, but when Colgate’s coronavirus plan came out, we quickly realized that there wouldn’t be a point in bringing my car if I would just be leaving it in a parking lot until November.

Other first-years have experienced similar changes in plans.

Samay Gupta, a first-year coming from India, is flying alone for the first time but is more worried about travel within the United States than the flight itself.

“It’s going to be very stressful traveling within the U.S. to get to campus because there is no direct flight from my point of entry to Syracuse,” Gupta said.

Upon arrival, he will need to make two connecting flights then figure out how to get to campus from the airport. But, before he was worrying about how to get to campus, Gupta was worried about if he would even make it to the United States. In March, the United States Embassy “temporarily suspended routine visa services,” meaning international students could no longer get student visas in time to come into the United States. Gupta attempted to book a regular appointment, but was given one in October, much too late for him to be able to come to campus. So, he decided to try for an expedited appointment.

“I scheduled my expedited appointment for the 19th of June and for close to one and a half, almost two months, there was complete radio silence from the U.S. embassy. It was a really stressful time because I had no idea when they’ll reopen or when they’d give me a visa, so I couldn’t plan at all for college.” Gupta said.

Luckily, Gupta managed to secure an appointment for mid–August and got his visa. However, the two months of uncertainty were hard on him, and leaving with such short notice has left his family with barely enough time to say their goodbyes.

“All of us were pretty much prepared for me to be taking a completely online semester. And, out of the blue, I suddenly have an opportunity to go on campus and neither them nor I are actually ready to say goodbye,” Gupta said.

Hearing about how hard it was for some international students to get to campus made me feel grateful that I didn’t have that kind of uncertainty in my journey and that I had most of my family with me. The only thing that gave me any pause was my mom’s hesitation to drop me and my brother off, but she made her decision fairly quickly. Her choice surprised me, as she would mention every day how sad she was about becoming an empty nester, but I accepted it and chose to relish our time together rather than be upset she wasn’t coming to see me off.

A couple of days before we were scheduled to begin our road trip, my mom, brother and I went shopping for all of the last minute items we would need. Our cart gradually filled to the brim as we wound through the isles, discovering things that sounded useful and plopping them inside. Once we’d gotten all of the items we needed (plus some we maybe could’ve gone without), we realized that we didn’t have anywhere to consolidate them. The prepping journey continued as my mom and I then navigated the maze that is Ikea on our mission to find Ikea bags.

Other first-years were also particular about their packing because of the pandemic. First-year Sofia Ive Gonzalez considered a very limited social scene and the prospect of being sent home while she was packing.

“I packed more comfy clothes and less cute going out clothes because we’re going to be quarantining for two weeks and will probably be sent home early,” Gonzalez said.

She also avoided using cardboard boxes that would just be thrown away, and instead used vacuum packed fabric boxes that could easily be stored and taken back out in case of a campus closure.

When it came time to pack my clothing, I thought about similar factors. I replaced nicer clothes with more pieces for lounging around, just like she did, and left clothes that I would only wear on certain occasions at home. If there is ever something I have to dress up for this semester, I’ll just make do with what I have.

These days, we’re all just making do with the circumstances that have been handed to us. Without a doubt, this year will be like no other, but I believe how we get through it depends on our attitude. Look forward instead of looking backwards. Be grateful for what we have but not upset about what we’ve lost. Getting through this uncertain time will take accepting that things will be up in the air for a while. I believe that if we can embrace this uncertainty, we can all make the most of our very unusual experience.