Armenians and Race: A Personal Response to an Impossible Question 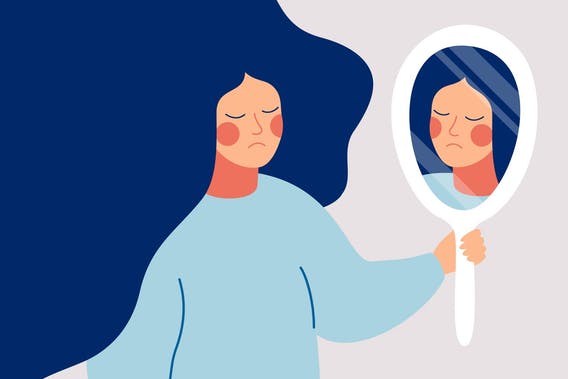 As discussions of race and racial injustice escalated in the U.S. early this summer, my Twitter feed was full of arguments about Armenians and race. Are Armenians BIPOC or white? Are we Middle Eastern? Are we West Asian? Is there even a way to go about answering these questions? As an Armenian living in the US, these discussions immediately caught my attention and forced me to think about myself and the way I identify.

Armenia is a small land-locked country located in the Caucasus region of Western Asia and the “Middle East,” according to the current definitions of both regions. It is bordered by the countries of Turkey, Georgia, Iran and Azerbaijan. There exists much disagreement among Armenians and non-Armenians alike about what racial category we really belong to.

Here is my personal response to this impossible question:

There is sufficient historical, biological, and anthropological evidence to conclude that race is an entirely made-up social construct, created to divide humans for the purpose of oppression.

While I don’t support this baseless division of people, I do understand that we live in a world where race not only exists, but actively shapes and controls our lives. It is a staggering truth that a concept invented in the 1600s has such a tight grip on the world today.

We live in a society where life and death can be dictated by the way one is perceived for the color of their skin. There is overwhelming evidence in the medical field that shows how racial bias can result in lower birth weights, increased malpractice and negligent care on the part of physicians. There is overwhelming evidence connecting race with socioeconomic status, education, disproportionate incarceration and police brutality.

According to a multitude of genomic studies, races do not differ genetically. Yet the concept of race has penetrated every facet of society in such a way that it is impossible to be unaffected by it.

Race, just like gender, class, religion and sexual orientation, has become a big factor in personal identity. Many Armenians feel passionately one way or another in this world of racial categorization and labelling. So, what are we? Where do we fit?

Allow me to take one step away from the blunt analytical perspective and tell you about myself. Growing up as an Armenian in the U.S., I learned more and more about the tragic history of my people, including the Armenian Genocide and the continuing cultural erasure. I was raised to speak, read and write Armenian. My family and I spend all of our summers living in Armenia. While my personal identity when it comes to “race” is a bit complicated, undoubtedly my ethnicity and culture is Armenian.

I was raised to think of myself as a member of an oppressed minority group. Armenians are scarce, both in my area but also globally. Growing up with stories about how my family survived a brutal genocide under the Ottoman Empire and now seeing the suffering of Armenians in the Azeri-Armenian conflict has only perpetuated that ideology. At the same time, I grew up in a wealthy white suburb in the U.S., and have always checked “white” as my demographic on school and medical forms.

I have never felt very comfortable calling myself white, Middle Eastern or Asian, but often we are forced to define ourselves on a list of irrelevant categories.

I come from a white-passing family, but I myself am pretty dark skinned and ethnically ambiguous. I am constantly approached by Spanish speakers who assume I am Hispanic. I’ve been asked how I identify racially and ethnically more times than I can even remember. The first time I ever heard someone say the words “person of color” was my first year in college, and it was in reference to me. I was shocked. Am I POC? Was this the answer to my racial identity issues? Perhaps I could call myself BIPOC rather than continue to exist as a raceless body in a world of labels and categories.

It would be easy to call myself indigenous because, historically speaking, Armenians are the indigenous peoples of the Armenian highlands. The label fits, too, since indigenous peoples around the world have been, and continue to be, oppressed and systematically murdered, just like the Armenians. That being said, I think it’s important to reflect on the implications of calling myself BIPOC in the U.S.

An important facet of this discussion I’ve yet to mention is the fact that I, and many other Armenians, have white privilege.

I know it can be difficult to think about and accept, especially if the concept of white privilege is new to you. I am not disqualifying the difficulties Armenians have had to face in this country. Many Armenians grow up poor, many feel like outsiders due to their cultural identity, and many have foreign names that seem odd and are impossible to pronounce in the U.S. Some, including my own family, survived such horrors as the Armenian Genocide, the Lebanese civil war, the Syrian refugee crisis, life under the USSR, the movement for the liberation of Artsakh and much more.

When I say we have white privilege, I do not mean Armenians have ever really existed as a powerful global force, or that our lives and the lives of our parents and grandparents were easy and without significant struggle. When contemplating my privileges in the current state of the world, I often compare myself with the lives of BIPOC in this country rather than the lives of European or other white people in the U.S.

I have never felt unsafe around the police. I have never feared I would be at a disadvantage in school or for a job application due to the color of my skin or the texture of my hair. I have never had my immigration status questioned, nor been told to “go back to my country.” When involved with or witnessing the use of drugs and alcohol, I have never considered incarceration a legitimate possibility for me. I’ve never been assaulted or arrested for peaceful protest. I’ve never been told I have an accent speaking English, nor been expected to fail in an academic setting. I’ve never had a physician dismiss my pain or symptoms. I recognize the privilege of being treated as an equal human being at first glance. It is a privilege I have always had when many others have not.

If I’ve learned anything from my experiences, it is that one does not have to identify as white to inherit white privilege.

I understand I may be raising more questions than I am answering. I have realized it is impossible, and pointless, to define Armenians as members of any one established race. What is possible, however, is an analysis of the implications our identity choices can have in the U.S. today.

I know that I am one of few Armenians to identify the way I do. I understand that while I may feel uncomfortable labeling myself as white, BIPOC, or Middle Eastern, many Armenians do not.

We must be careful with our words.

When Armenians claim to be BIPOC, even when we bring up valid historical points, we fail to truly recognize and understand the burdens that come from being non-white in the U.S. The simple truth is that even though many of us are dark-skinned or grew up with various disadvantages, Armenians have not been systematically held back by U.S. society and policy the way other BIPOC have.

While I do believe that Armenians are the indigenous people of Eastern Anatolia and the Armenian Highlands, it is important to understand that calling yourself indigenous while living on conquered Native American lands and staying silent about policies which continue to harm indigenous communities is contradictory and immoral to the highest degree.

I understand that many Armenians hesitate to call themselves white. I am one of those Armenians. Yet I firmly believe that we, for the most part, are white-passing and therefore have white privilege. It doesn’t hurt that the vast majority of Armenians are Christian, too.

Armenians can, and will, self-identify however they feel comfortable. I only ask that we keep in mind the implications of how we present ourselves to the world, particularly in the U.S. amid the Black Lives Matter movement.