Reading Latinx Poetry ‘In a Moment of Danger’ 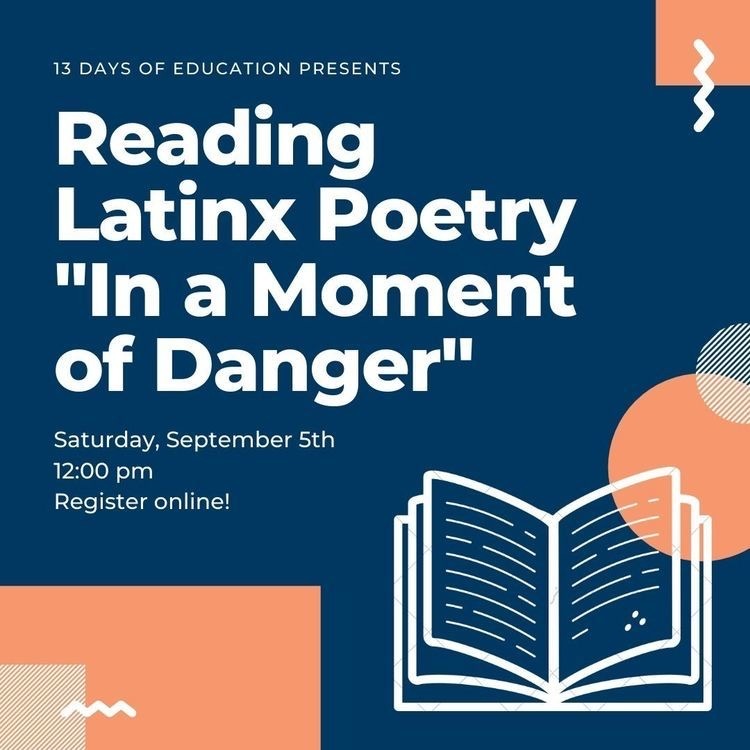 In this moment shrouded in separateness and powerlessness, Assistant Professor of English Javier Padilla and senior Summer Cardarelli put together a thought-provoking event called “Reading Latinx Poetry ‘In a Moment of Danger’” that left attendees feeling connected and hopeful.

As part of Colgate’s 13 Days of Education, on Sept. 5, students and faculty convened over Zoom to read aloud and share reflections on a rich, expressive collection of Latinx poems selected by Padilla.

“I wanted my presentation to be both a meditation on the current pandemic and sociopolitical crisis and a small sampling of what is a very diverse and vibrant field of Latinx poetry,” Padilla said.

Although several poems were written during previous difficult periods, such as the AIDS crisis and the 2016 election, each piece drew parallels to the current pandemic and carried emotions and fears felt by many today. The thoughtful discussion following each reading animated the poetry even more, with personal connections and insightful observations from the participants.

“I was pleased by the response from the students, and they played a key role in the event’s success,” Padilla said.

“American Arithmetic” by Natalie Diaz was particularly moving to a number of attendees, who adored its balance of shocking statistics and raw emotional diction. Through this unique technique, Diaz eloquently portrayed her personal experience of feeling lonely and invisible in her own land, while also asserting that this is the reality for countless other BIPOC as well.

“[“American Arithmetic”] is such an eloquent, powerful, yet tongue-in-cheek meditation on Indigenous identity through statistics of police brutality. Exploring [Diaz’s] identity through statistics illustrates her feelings of being ‘fractional’ or ‘less than whole’ as a Native American and Mexican-American woman, which was such a powerful, sobering narrative to discuss during the 13 Days of Education,” Cardarelli said.

The conversations sparked by poignant poems such as this one saturated the hour-long event and showed no signs of stopping. Whether students were new to Latinx poetry or already acquainted with it, many showed an interest in continuing to read more BIPOC-penned pieces and sharing their findings.

“I expect to talk about the works of Latinx, Black and Indigenous authors throughout my remaining two years at Colgate, learning from them and introducing others to them as well,” junior Joakim Jakovleski said.

Furthermore, the discourse seemed to inspire a deeper understanding of Latinx experiences and even incite action in some students.

“The discussion really opened my eyes to different dimensions and elements of the struggles faced by Latinx people in society. I can certainly see this affecting how I view Latinx activism, as well as immigration and race politics, with an emphasis on policies and institutions affecting Latinx and Indigenous groups,” first-year Jadan Hand said.

From this event alone, it is evident that art provides solace and relief in a dark time both for the artist during its creation and also for the audience that it reaches even centuries after.

“The conversation gave me the drive to create. I even tried to continue one of the poems we discussed after it was done! It also showed me the ways in which artists use their work to express themselves and, at least in this context, their pain and anger caused by racism, colonialism, capitalism and everything in between,” Jakovleski added.

Sharing works from BIPOC artists can allow people to come to terms with the full scope of the loss and trauma the world is currently experiencing.

The poems in Padilla’s presentation included: “Emplumada” (1982) by Lorna Dee Cervantes, an excerpt from The Changing Face of AIDS:  V. Elegy for the AIDS Virus (1999) by Raphael Campo, “Bleeding Heart” (2016) by Carmen Giménez Smith, “American Arithmetic” by Natalie Diaz and “Commercial Break” by Eduardo Corral.