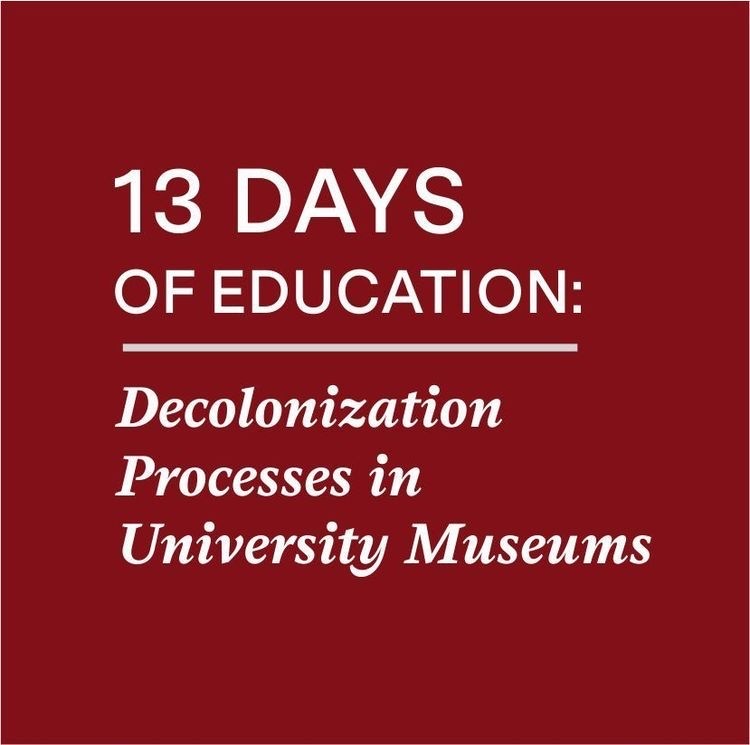 As part of Colgate’s 13 Days of Education programming, the Decolonization Practices in University Museums event had panelists Rebecca Mendelshon, Kakwireiosta Hall, Lisa Latocha, Kaytlynn Lynch, Nicholas West and Jordan Kerber share the product of their experiences, research and knowledge regarding the colonial history of university museums on Sept. 2.

The virtual presentation began with a debrief of the history of European museums. According to West,the co-director of Colgate University museums and curator of the Picker Art Gallery,museums began as “cabinets of curiosity:” typically a European aristocrat’s collection of special things. As museums grew and became less reminiscent of personal collections with the rise of European nationalism in the 19th century, museums evolved into institutions and symbols of national power.

“It is an ancient tactic to move sacred, beautiful and important objects and display them as a symbol of power. The expansion of empires filled national museums and private collections with objects and artwork belonging to colonized people,” West said.

Mendelsohn,the co-director of University museums and curator of the Longyear Museum of Anthropology,added that the study of anthropology has historically been used to justify grave-robbing.

“Grave-robbing is a practice used by archaeologists to collect scientific specimens and personal belongings from graves, with the goal of recording dying cultures through museum exhibits,” Mendelsohn said.

In the United States, Native American communities in particular have been the targets of grave-robbing and looting. Since Colgate exists on Oneida land, West and his colleagues decided to center the Picker Art Gallery’s current exhibit on recovering the history of collections donated to the Picker in an effort to decolonize the museum. While researching and unearthing works, museum staff discovered a drawing made by students from the Australian Carrolup Native Settlement and School (1940s to early 1950s), a school that indoctrinated indigenous children with European knowledge, cultural practices and societal norms in an effort to exterminate indigenous communities and their cultures. In the spirit of their efforts to decolonize the Picker, the piece was repatriated to the Noongar people of Western Australia in 2013. While this story positively represents Colgate’s initiative of decolonizing its museums by repatriating art, West emphasized that decolonization efforts can be a long and extensive process.

“Repatriating works, including works by BIPOC (Black and Indigenous People of Color) artists and moving away from canonical European artworks, does not always go smoothly,” West said.

Latocha, a museum assistant at the Longyear Museum of Anthropology, emphasized in her presentation that attempts at repatriation often do not occur without pushback from museum administrators. As she recounted the time she found a ceremonial Native American belonging at one of our museums, Latocha stated that as a Native American woman, she felt disrespected by Colgate’s sacrilegious acquisition of this belonging. According to Latocha, only someone of a certain honorable role in her community is allowed to touch and possess the belonging in question; she is not normally granted access to this item as a member of her clan. After informing members of her clan about Colgate’s possession of the sacred item, Colgate museum administrators chastised her for not letting them handle the situation.

“It was obvious that they were hiding something — I had found something that I wasn’t supposed to,” Latocha said.

According to the Native American Graves Protection and Repatriation Act of 1990 (NAGPRA), the four steps to repatriation are: consult, identify, report and publish; as such, Colgate’s possession of the sacred item was in violation of  NAGPRA.

While current Colgate museum staff have been working to decolonizing Colgate’s museums and acknowledge the University’s role in perpetuating problematic colonial museum practices, Hall, a former student of anthropology at Colgate and a member of a local Mohawk territory, suggested that decolonizing university museums is just the beginning of decolonizing educational spaces. According to Hall, it is essential to decolonize curricula and pedagogies used at universities by working with Native American communities and students to create a more respectful and accurate representation of Native American identities. This includes the obligation of students and professors to accept the fact that some indigenous practices and knowledge cannot be shared in the classroom.

“Access does not equal education. Understanding why we don’t have access to something helps understand our identity as Native people. It’s a choice and a mindset to feel excluded,” said Hall.

One final point that was emphasized specifically in Latocha’s and Hall’s presentations was that as members of Colgate’s community and occupants of Native land, the decolonization process cannot begin and end with the efforts of Colgate’s museum staff; it is also up to us as students to actively decolonize our hearts and our minds.