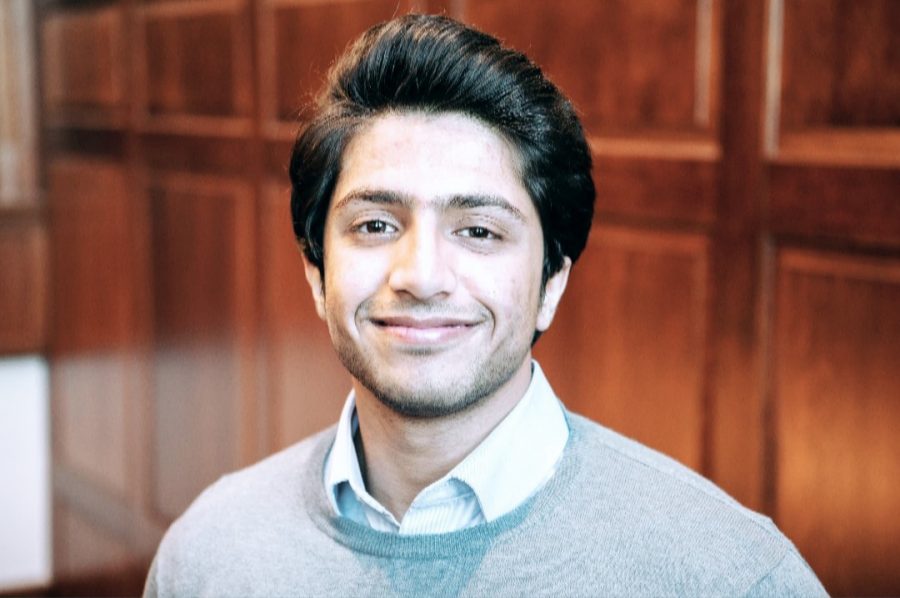 Serving as the inaugural Vice President for Finance, junior Usman Ahmad is charged with overseeing and approving the expenditures of each branch of the Student Government Association, including the Budget Allocation Committee (BAC) and treasurers. His role was created last year by the previous SGA administration, which has given Ahmad the opportunity to make it his own.

“I oversee the entire funding process for the student organizations and clubs, including the block grants and the pre-semester allocations. In short, I oversee how the student activity fee is allocated. I also sit on the Budget and Financial Planning governance board with deans, faculty and staff from around the campus to represent the student voice in the university’s fiscal decisions,” Ahmad said.

Originally from Lahore, Pakistan, the now-resident of Canada is concentrating in mathematical economics and computer science. Ahmad felt the need to run for this new position following his personal interactions with different communities on campus.

“The student body’s voice is not recognized enough when it comes to the University’s decisions because there aren’t proper systems and channels in place. This propagates issues of disenfranchisement and injustice. My experiences and conversations with different communities that exist on campus have given me a profound understanding of these issues of inequity that permeate on campus, and I decided to step up to take action,” he said.

Upon attending the SGA roundtable last fall where Ahmad chaired the Diversity, Equity and Inclusion committee, he found that financing is often a hurdle faced by clubs aiming to celebrate their cultures or ideas.

“I believe every student, especially those belonging to marginalized communities, should have access to the student activity pool in an equitable manner, and the process should overall be smooth and easy so that we actually encourage students to organize events. I believe these events also contribute to the general atmosphere of intellectual growth at Colgate and have been a crucial part of my Colgate journey so far,” Ahmad said.

As part of his new role, Ahmad hopes to reach out to each community on campus to make sure that his actions as Vice President for Finance are driven by the needs of the student body.

“While some issues are common across the board, each community has issues that pertain to their community only. These are usually the issues that tend to get overlooked and, in my position, I vow to change things and really want my projects to be driven by the student body,” Ahmad said.

This new emphasis on community needs is no simple task, and Ahmad sees his vision of equitable funding as extending far beyond this year.

“I want to reform the entire funding process, working with several departments on campus and base it on the student’s voices, because we are all invested in the future of the institution. I want to establish proper channels through which the student voice is factored in every time a dollar is spent,” Ahmad said. “My role isn’t restricted to controlling the SGA’s budget only. I intend to expand far beyond that and carefully scrutinize the funding processes that impact the student body, directly or indirectly. I am fervently optimistic about the future.”

Ahmad views the SGA as a part of realizing his vision for Colgate at large.

“Colgate brings people together from many different countries, races [and] ethnicities into a tight-knit community,” he said. “My vision is to see Colgate become a college campus which not only admits students from all these different realms, but is also inclusive in the sense that all those students are recognized and given appropriate spaces on campus. Being a part of SGA is the road that leads to the manifestation [of those ideals].”