How Key Injuries Will Impact the NBA Playoffs 76ers,Warriors and Spurs Will Miss Vital Players in Early Rounds 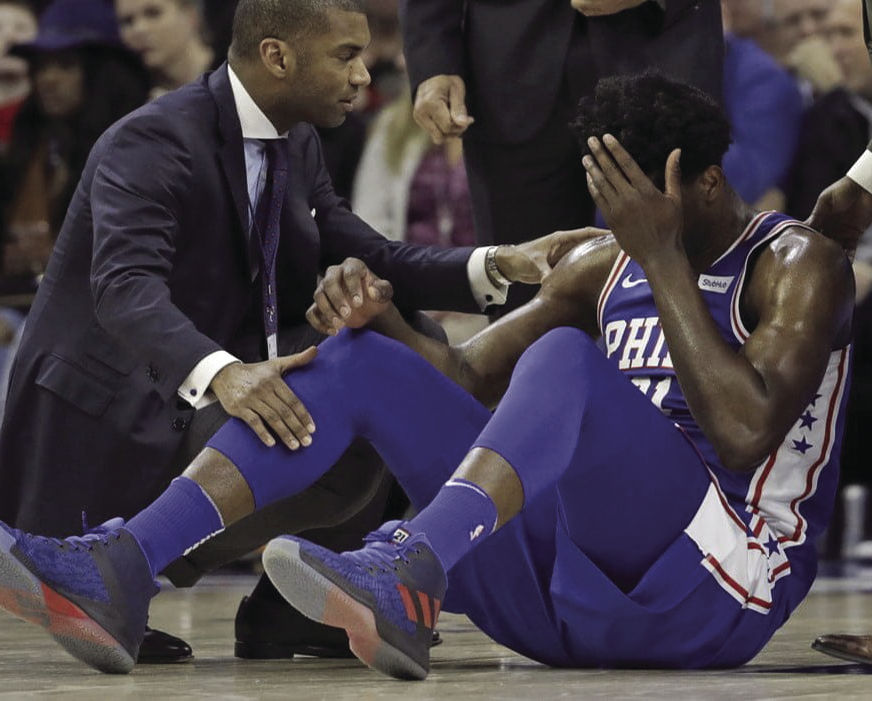 With the NBA season winding down, it’s finally time for every fan’s favorite time of year: the playoffs. But for some fans, these playoffs won’t be quite as fun, and that’s due to the least fun part of sports: injuries. Teams missing huge stars are just not the same, and injuries can lead to an unsatisfying end to a season full of “what-ifs” and “could’ve-beens.”

I have to start this article with the Boston Celtics, who began the season with one of the most gruesome injuries when Gordon Hayward broke his ankle just six minutes into the season. For Celtics fans, this season has been a big “what-if.” Cleveland’s stranglehold on the Eastern Conference has finally been broken, but the Celtics aren’t in position to take advantage.

After having a great season without Hayward, Boston lost another star. Starting point guard and flat-earth theorist Kyrie Irving recently found out that he will miss the rest of the season due to an infection in his knee. While Brad Stevens is still my vote for Coach of the Year, (if I got to vote, which would be cool. Commish, my email is at the bottom of this article) he won’t be able to make something out of nothing.

Another Eastern Conference hopeful is the Philadelphia 76ers, who have had a resurgent season. After spending years “Trusting the Process” and getting used as a doormat on the court, the Sixers are in a great place to make a deep postseason run. Or at least they were, until Joel Embiid, the heart and soul of the team, fractured an orbital bone near his eye. There is no timetable for his return, but the Sixers need him if they want to make noise in the playoffs.

On the other side of the country, there are far more injuries. Demarcus Cousins of the New Orleans Pelicans had been half of a dominant duo with Anthony Davis down in New Orleans, but he’s out for the season after tearing his Achilles tendon. Davis and his unibrow will be left to drag the Pelicans into and through the playoffs on their own.

Steph Curry’s injuries have been a major storyline, as the Warriors will not go into the playoffs as the one seed for the first time since the 2013-14 season. Curry sprained his MCL in his first game back from an ankle injury, and will likely miss the first round of the playoffs. But, fingers crossed, he will be back in time to help the Warriors get to their fourth straight NBA Finals.

The San Antonio Spurs will finish this season with under 50 wins for the first time since the 1998-1999 strike-shortened season, and a large part of that is due to star player and part-time robot Kawhi Leonard’s nagging quadriceps injury.

An injury-free season is what every team hopes for, but every team undoubtedly faces injuries over the course of a long season. There are probably more injuries inevitably to come in the playoffs, as players push their ridiculously long limbs to their limits.

But here’s hoping we get to see every team with as full a roster as possible, culminating in a satisfying and thrilling NBA Finals matchup.