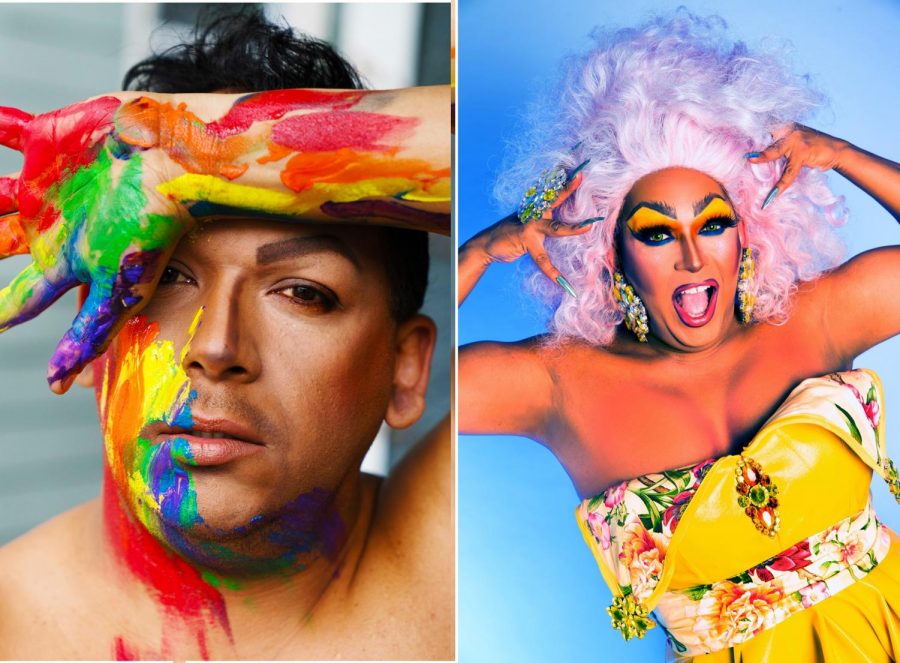 This article covers the experiences and opinions of drag queen, Samantha Vega, who uses the personal gender pronouns ‘she/her/hers’ when in drag, and ‘he/him/his’ when not in drag.

Drag queen and Rochester celebrity Samantha Vega talked about her identity and experience to a group of Colgate students and staff virtually on Thursday, September 10 during “She’s JUST a drag queen: How in the quest of being other people’s voice, Samantha found her own.” The event was part of the Office of LGBTQ+ Initiatives InQueery series, which centers issues impacting the LGBTQ+ community.

Vega was born in Venezuela and moved to the United States when he won a national scholarship to the Massachusetts Institute of Technology at the young age of 15. Vega then transferred to the Rochester Institute of Technology (RIT). While attending RIT, Vega participated in an organization called BIGALA (Bisexual, Gay and Lesbian Association) and soon rose to leadership positions. Vega explained how much has changed in gay activism from the time she was in college until now.

“We had to meet in a secret basement. I’m glad you have regular LGBTQ+ programming in college now,” Vega said.

Vega discussed graduating from college and joining a school in Los Angeles to tutor children in the sciences. After spending years teaching, Vega went back to Massachusetts where he met his future husband, Todd, who later passed away from complications related to HIV and Hepatitis C.

“That was probably the worst time in my life, but it made me aware of the extremely little help that queer people with HIV receive,” Vega said. “That’s when I decided to do something about it.”

Since then, Vega has volunteered in many different organizations all over New York. Working with AIDS Rochester sparked her interest in drag. Vega accompanied her drag appearances with working behind-the-scenes, organizing fundraisers and staffing management positions. Vega’s drag performances led her to the opportunity to perform at Pride festivals across the country. Vega reflected on the positive experience while performing for Pride NY.

“I think that was when I truly felt connected with the [LGBTQ+] community,” she said.

Vega then started working with Pride full-time and was soon elected as chairperson of Pride Rochester from her leadership and management. This gave her the opportunity to explore the intersectionality of her identity and create LGBTQ+ programming for communities of color.

Throughout the discussion, Vega explained her philosophy through statements that reflect a deep exploration of her own identity.

“Oftentimes, we are seen as having only one layer, despite everyone having more identities. We’re not just one thing, we’re people with many layers,” Vega said.

Vega now works at Central New York Pride and organizes protests in favor of Black Lives Matter and queer equality. She explained to attendees that it is very important to have something to believe in and then to engage in activism towards it.

Director of LGBTQ+ Initiatives Tiffany Lane moderated the discussion, which fielded questions on the history of drag, how to be an activist and problems within LGBTQ+ communities. Attendees left feeling encouraged and inspired by Vega’s work while having learned about the integral work of advocating for LGBTQ+ identities and representation.