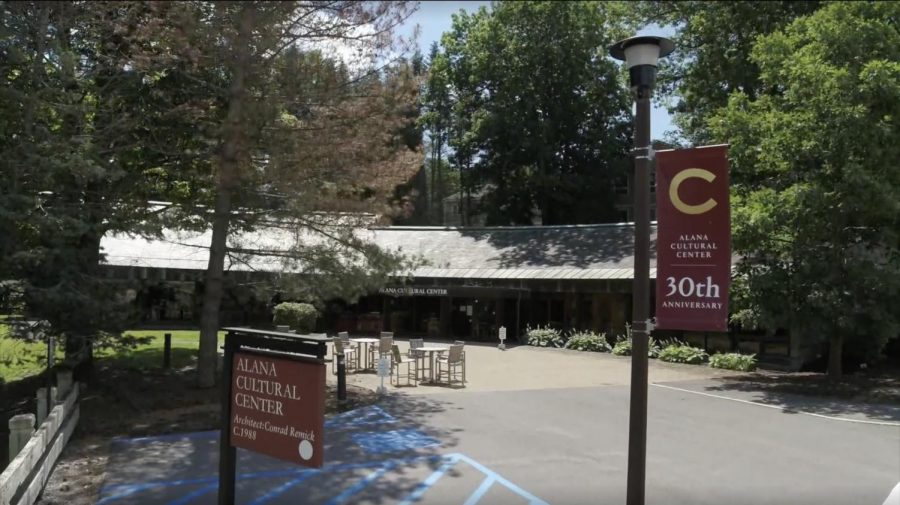 As with most major events this school year, organizers for the ALANA Cultural Center’s ALANAPalooza moved the annual celebration to Zoom on Friday, Sept. 11. Traditionally, the center’s signature event kicks off the beginning of the school year with music, food and a general celebration among cultural clubs from across campus outside of the Cultural Center, which celebrated its 30th anniversary last year.

While students certainly missed the in-person energy from this year’s celebration, several clubs were still able to come together for the event, producing a video that called attention to important moments from 2020 thus far. Specifically, the video centered around social injustice affecting BIPOC communities, highlighting the murder of George Floyd in Minneapolis which sparked worldwide protests for the Black Lives Matter movement. President Brian Casey was also present, kicking off the 50-minute virtual event with a message acknowledging the tragedies and lamenting the inability to unite in-person. The tone was clear: ALANA is a a celebratory and welcoming space, and its message of inclusivity is extended to all of the Colgate community. President Casey also shared some personal anecdotes, spotlighting social movements and issues that have faced the Colgate community over the years, these which ultimately led to ALANA’s creation.

Esther Rosbrook, Director of the ALANA Cultural Center, spearheaded the idea to hold the event virtually this year and contacted President Casey and student organizations about creating the video. Indeed, the video offered a space for cultural organizations to promote themselves to first-year students and celebrate ALANA’s diverse initiatives. Following President Casey’s address, the video treated students to a virtual tour of the center with its kitchens, classrooms and cozy gathering spaces. They also showed videos and pictures of past ALANAPalooza celebrations.

Several cultural clubs then took turns presenting their contact information and posters, along with photos and videos, to promote themselves and encourage student involvement. Popular dance troupe Afrobeat submitted a dance video in collaboration with Sankofa Akua, a sustainable fashion brand that celebrates African heritage, founded by junior Grace Darko. Darko also created a short film for the program and shared particular aspects that she missed most during this year’s virtual event.

“I definitely missed the energy that comes with being able to engage with people in person, especially people I could’ve been meeting for the first time. Both as a performer and as a part of the crowd at my two previous ALANAPaloozas, being able to see so many people just having fun and enjoying each other’s presence…makes me light up inside,” Darko said.

Other groups submitted photos from past events. In the spirit of ALANAPalooza, the live stream also presented musical, poetic and artistic performances from both past and present students. Quan Vu ‘18 performed a Vietnamese song on his guitar while Lücién Reubens ‘18 recited a moving piece of spoken-word poetry.

Toward the end of the celebration, ALANA’s directors shared messages of hope with students holding up pictures of sunshine, along with more inspiring musical performances. And while everyone missed the celebrations, groups came together to virtually inspire hope, happiness and positive change, marking a great start to the school year. Darko spoke to this sentiment.

“Community is so important to me, but I’m glad we were able to find a great alternative to physical presence this year,” she said.

In case you missed it, a recording of ALANAPalooza 2020 can be viewed through the Colgate website under ALANA’s student organization page.