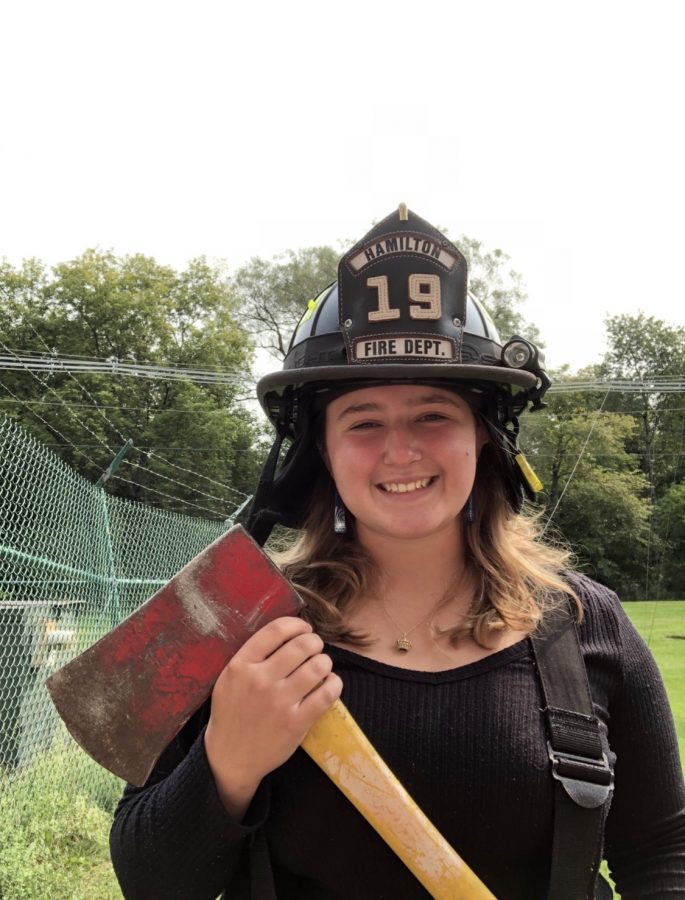 Junior Willa King has helped ensure that a lack of EMTs and firefighters was one less thing that the Hamilton community had to worry about in the face of a pandemic. Since Colgate students were sent home in March, King remained in Hamilton to continue her work as a firefighter and EMT (emergency medical technician) for the town and its surrounding community.

King is no stranger to summers in Hamilton, as she stayed in Hamilton after her freshman year to enroll in an EMT-certification course. King joined the Hamilton Fire Department (HFD) in the fall of 2018 after learning about the opportunity at the annual CSLI club fair and said she has always known she wanted to be a first responder in college.

“I saw the fire department which would allow me to be a firefighter and an EMT, and I thought that that would just be a really unique college experience to have,” King said. “So then I signed up for it and I never looked back.”

As the pandemic’s emergence forced Colgate students to return home, King and a few fellow HFD and Southern Madison County Volunteer Ambulance Corps. (SoMAC) student volunteers remained here in Hamilton. In addition to a sense of obligation to the community, King realized that staying in place made more sense than returning to her New York City home, as the city was facing far more cases of COVID-19. King did not return home until August, and then only for a few days, but had gone to meet her parents at other points during the summer in places that were less “COVID-dense.”

While Hamilton summers are notoriously quiet, and much more so this year, King was not alone. The fire company did not pay for the students who chose to stay and help out, but covered housing.

“I had two other firefighters stay with me who got their EMT [certification] over the summer, and it was awesome to have them and help them learn through all this,” King said.

In her third year, King is currently one of student coordinators with the department, working as a communicator between the Max A. Shacknai Center for Outreach, Volunteerism, and Education (COVE), the fire chief and student volunteers. This year, the department includes 11 student EMTs and 15 total student members, numbers slightly lower than usual since recruiting for this school year has not yet begun. The department hopes to train four to six new students this year.

Despite remaining in Hamilton for the summer, King entered the University’s universal quarantine alongside the Colgate student body, and remained in quarantine until Tuesday Sept. 8. During those fourteen days, the village-run fire department was forced to operate without its student volunteers.

“It was the safest thing to do for the Colgate community—for the Hamilton community—for us to go through that so we can make sure that when we are out here and entering [places] that we are not spreading covid,” King said.

Once out of quarantine, King and the other student firefighters and EMTs are subject to the same Commitment to Community Health as every Colgate student, but have to act in ways that a normal student would not. The HFD and SoMAC are the only two organizations that have been given permission to operate this semester by COVE. The student volunteers are subsequently allowed to carry out the actions necessary to fulfill their critical roles as emergency responders for the community.

This semester looks different, though, with the use of face coverings being one of the most visible aspects of this new reality. The department provides all of the personal protective equipment necessary to ensure the volunteers’ safety, and King has been instructed on the proper use of masks that must be worn on calls—something she had never had to wear on the job before the pandemic.

“I’d never had a situation where it was necessary, but now for everything we’ll wear it,” King said. “In the trucks, even if it’s a fire alarm, if we’re going into someone else’s house—for any reason, we’re going to have it on.”

While the rest of the student body is asked to largely keep to themselves and their own residences in order to protect themselves and the community from the spread of COVID-19, HFD and SoMAC volunteers such as King have chosen to continue to perform emergency services for the community—something that she does not take lightly.

“I think that we are taking the necessary precautions to make sure that we can do everything and not bring [covid] back,” King said. “I think, like everybody, it’s on our minds as well.”