Which NBA Player, Past or Present, Would Be Your BFF? 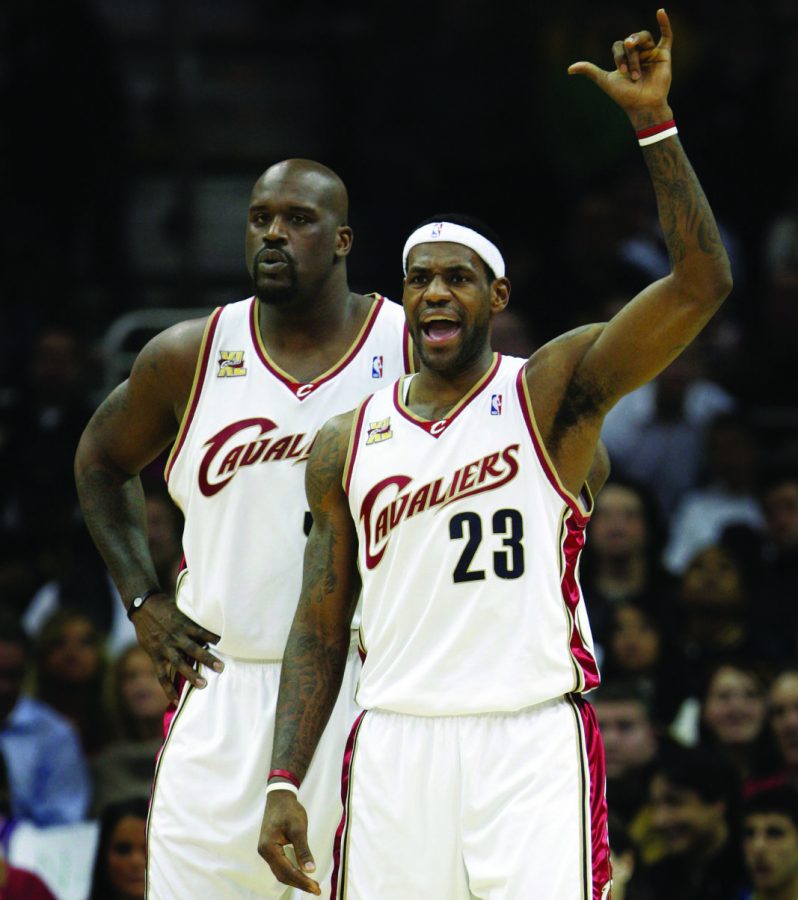 Shaq and LeBron have two of the biggest personalities in basketball. Who would you want to hang out with?

Who wouldn’t want to be best friends with LeBron James? LeBron embodies all the qualities you could want in a friend, from humor and intelligence to loyalty and selflessness.

LeBron James is the face of the NBA, plain and simple. On the court, only a handful of players come close to what he has accomplished. But off the court, LeBron shows why he would be the ultimate BFF.

He donates millions of dollars each year to help those in need, provides scholarships to thousands of students and even built a school in his hometown of Akron last year. He is selfless and would always be there for his best friend.

Some may not agree, but LeBron is also loyal. Yes, he left his hometown team for a stint in South Beach in 2010, but he realized his mistake and came back to Cleveland after speanding four years with the Heat.

He needed to mature away from home, and he used his Finals experience to end Cleveland’s 52-year championship drought. If you’re still not convinced about his loyalty, consider that even with his fame, he married his high school sweetheart in 2013. That’s the kind of loyalty that makes you want to be his friend.

Oh, and it doesn’t hurt that LeBron has a net worth of nearly half a billion dollars. He recently bought a $21 million mansion in Los Angeles, and as his best friend you would definitely get dibs on the guest bed.

Becoming close friends with someone you don’t know well is a process. It can take years for some people to become besties with another person. You may not like them at first, but eventually with enough time, effort and memes, you might be able to call them one of your greatest allies. Regardless of how it’s done, making best friends with another person requires you to trust the process.

Joel Embiid is my pick for NBA BFF. Let’s start with his personality – one of the most vibrant in the league. Embiid’s Twitter presence isn’t just the kind you’d want in a best friend, it is the best account on the entire social media platform. He has relentlessly trolled some of the NBA’s untouchable titans, demonstrating his uniquely savage blend of humor and audacity. A few weeks ago, the Sixers fell to the Thunder, but that didn’t keep Embiid from tweeting out a photo of him dunking over MVP Russell Westbrook with the caption, “Tough Loss #TheProcess.”

For me, the most important quality in a friend is shared love between one another. Embiid boasts one-of-a-kind compassion for his teammates and the city of Philadelphia. Often times he will tweet and ‘gram about his teammates’ achievements, bringing typically forgotten faces of the 76ers into the spotlight.

Embiid has also remained loyal to his organization and city for his entire career. Despite years of injuries, front office drama and miserable losing seasons, Embiid has remained faithful in #TheProcess to this day. For the first three years of his career, Philadelphia had the worst record in the NBA.

Today, the Sixers sit six games over .500, poised for a spot in the Eastern Conference Playoffs. Becoming BFFs with Joel Embiid is a process any sports fan should be confident putting their trust in.

Before answering this question, we must ponder another one: What qualities do we want in a best friend? For me, I want a friend who’s caring, loyal, fun-loving and over seven-feet-tall.

That is why Shaquille O’Neal would be my ideal best friend. The 2000 NBA Most Valuable Player will also be your Most Valuable Friend.

Shaq is known for having fun on and off the court, and it would be an honor to call him a BFF. After one of the most successful NBA careers in league history, Shaq is now a sports analyst, poking fun at Charles Barkley alongside Kenny Smith, Ernie Johnson and Chris Webber. Shaq is a man of many talents and, if we were best friends, we would never run out of activities.

Here’s my ideal list of “Shaqtivities” for day: We would ball out at one of his 40 24- Hour Fitnesses then grab a burger at one of his 155 Five Guys locations. After, we play NBA Jam on his Xbox and then watch Kazaam, one of the funniest movies of the 90s in which Shaq starred. Finally, we would re-watch Shaq’s NBA Finals highlights because that’s what Shaq does before bed every night. Shaq, if you’re reading this, I just wanted to say that I hope you give me an opportunity to prove that I can be your best friend. I can send over a copy of my resume if necessary!