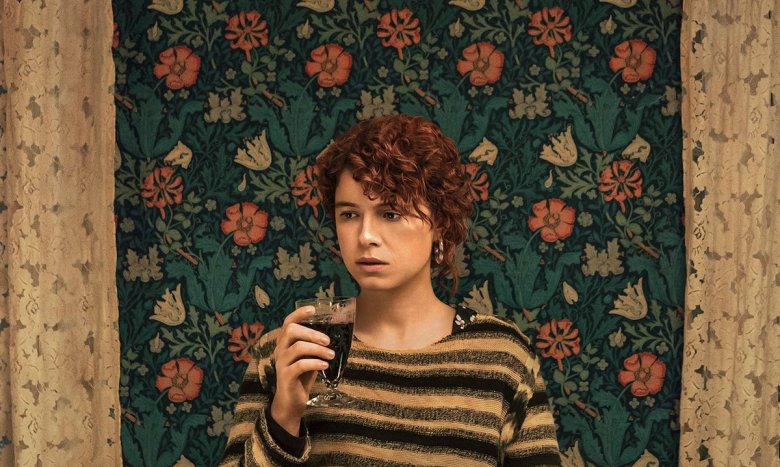 In his review for Charlie Kaufman’s directorial debut Synecdoche, New York in 2008, Roger Ebert wrote the following: “Kaufman is one of the few truly important writers to make screenplays his medium.”

Ebert compared Kaufman’s work with that of David Mamet and the, at the time recently deceased, master of film Ingmar Bergman.

I don’t bring up Ebert’s praise to tell you that the stakes were high for Kaufman’s third feature, that it should have been better than it was or that it a necessary watch for every person who loves film and needs to check off each half-decent picture of merit as “watched” in order to keep their sanity. Instead, I think it’s important to illustrate the level at which Kaufman works. The fact that he was compared by the man who was the world’s pre-eminent film critic for nearly four decades to one of the greatest directors ever to live is worth mentioning in any article or review of Kaufman’s work. The fact that such praise came off the strength of a directorial debut makes it even more important.

Kaufman has been a visible figure in the film industry since the turn of the century. He was nominated for an Academy Award for writing both Being John Malkovich and Eternal Sunshine of the Spotless Mind, a duo of films that serve as the surrealist ground floor for his directorial endeavors. In 2008, Synecdoche, New York gave rise to Kaufman the director. A man who intertwined reality, dreams and many other strange narrative forms which are impossible to describe, was capable of reflecting on the heart of humanity’s existence. The mundaneness of everyday life, the turmoil of death, love, hope, time, truth, peace and morality. Each of his characters represents something that they are actually not, obscuring the truth of the narrative. Ebert may have very well been right about Kaufman.

It took a dozen years for Kaufman’s second live-action directorial effort to be released as a Netflix exclusive. Available only on a platform that was less than 18 months old at the time of his debut’s release, I’m Thinking of Ending Things (adapted from the book of the same name by Iain Reid) in many ways serves as a continuation of the themes Kaufman has touched upon in his previous work. Perhaps, delivered this time in a box that has broad appeal than the constant confusion and entanglement of narrative in Synecdoche.

The film follows an unnamed woman, expertly played by Jessie Buckley (Chernobyl, Judy) who journeys with her boyfriend Jake to visit his family’s rural farm. Already having misgivings about the future of their relationship, hence the title of the film, a contentious car ride out to the farm carries over to dinner with Jake’s parents, who seem to have something a little bit “off” about them. After dinner, things begin to take a turn for the surreal as time begins to move freely, reality begins to shatter and the young woman seems to be trapped in Jake’s present, future and past. Needing to get back to get to work the next morning (on what is unclear as she offers several competing explanations) and with a blizzard raging outside, the unnamed woman  must navigate this strange world and her relationship with Jake to get out.

As with all pieces of American surrealism, I’m Thinking of Ending Things is a film that requires both attention and reflection. Buckley plays her role perfectly and Jesse Plemons (The Irishman, The Master), who plays Jake, is just stoic enough for the insecurities and awkwardness of his character to shine through. Toni Collete (Hereditary, Knives Out) and David Thewlis (Wonder Woman, Harry Potter), who play Jake’s parents, also give wonderfully stripped-down performances that allow the unease of the situation to shine through instead of getting bogged down in character. But beyond the performances, one has to wonder if any of it really mattered. Kaufman employs a more Lynch-esque approach to his most recent effort than he did in his debut where everything seemed so purposeful. There are random oddities in the film that are disconnected from everything else. For instance, there are times when an aspect of the film becomes clear and connects to the picture’s entire body in a way that, while rewarding, seems trivial. When it all does come together, you are left wondering if the ends really justify the means. At least with someone like Bunuel, such random use of surrealism could be excused with the knowledge that the film overall was commenting on something larger than itself and its unconventional narrative was part of that conversation. But here, the surrealist tactics seem haphazardly placed, bringing little to the film that wasn’t already there.

Kaufman also employs voice-over narration throughout in the guise of the young woman’s thoughts. All of the little interactions that made Synecdoche, New York so moving are now ignored, their ideas instead broadcast to us directly in the form of a sometimes relentless exposition. Kaufman doesn’t want to give too much away to the viewer, that’s who he is as a director. But, with grand ideas simply stated to the audience, Kaufman is forced to muddle the narrative to give the film a heightened sense of mystery.

Beyond its flaws, Kaufman is still a competent director, perhaps more so than many in Hollywood these days. There are moments where the writer that Ebert so highly praised does shine through. The winter cinematography is beautiful, the performances may even be award-winning and the narrative keeps enough tension throughout to be genuinely entertaining in a way that most of the films released this year on streaming services have failed.

Netflix has made clear its desire to work with great directors, and after The Irishman last year and Roma the year before, the bet on Kaufman clearly appeals more to the arthouse crowd that Netflix has perhaps begun to lose to competitors over the past couple of years. I’m Thinking of Ending Things will not be the award show darling, but it provides enough entertainment over its two hour run time to appeal to a large section of the service’s user base, as well as those who will be interested solely for Kaufman’s direction. It’s a middling second live-action effort for the director but Kaufman at his worst still will beat out many at their best.