Love in the Time of Covid: Molly Mysogland and Wren Vogelschmidt 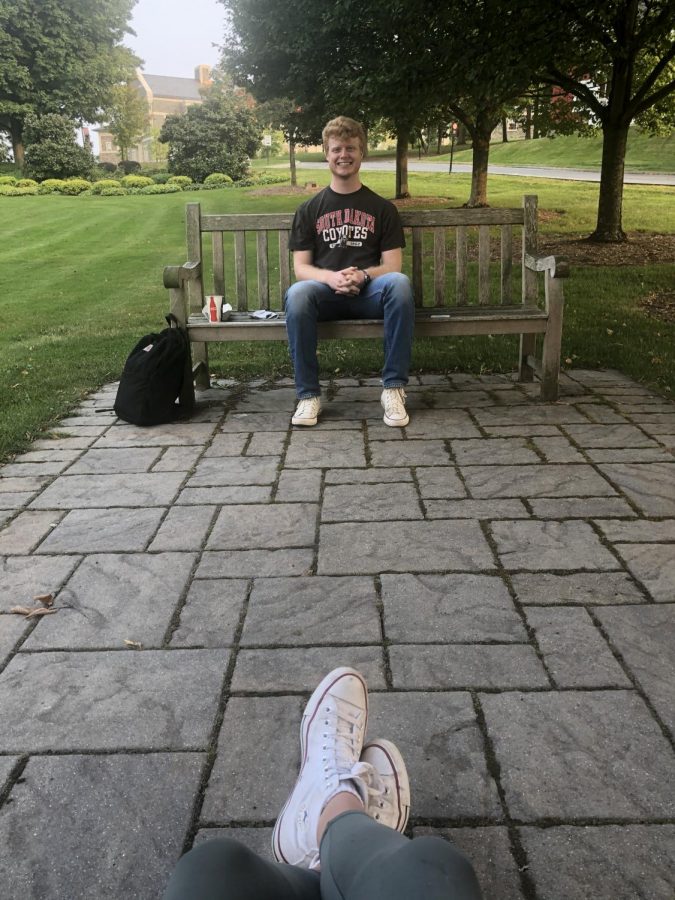 Juniors Molly Mysogland and Wren Vogelschmidt met shortly after the beginning of their first year, and they were fast friends. It took nearly the entire year and one of the more romantic settings Colgate has to offer — Jug Night — to bring these two together, and they have been happily dating ever since. They have seen more than a year of what dating looks like on Colgate’s campus: long nights crying over textbooks in the lib, Slices and brunch dates downtown.

They’re also part of brother and sister a cappella groups, The Colgate 13 and The Swinging ‘Gates. On more than one occasion, they have expressed their undying love for one another through public serenades of cheesy pop covers. For many, these two restore faith in an otherwise uninspiring Colgate dating scene.

Mysogland is from Cincinnati, Ohio, and Vogelschmidt is from Spencer, Iowa, so the campus closure last spring meant six long months of living states apart. They both chose to return to campus this fall.

“I just needed to get out of Iowa,” Vogelschmidt said, who has no in-person classes. This sentiment seems to be shared by many campus returnees, who have spent more quality time in their hometowns recently than they ever intended to. Colgate is different now, but at least it’s not their parents living room.

“We’re glad to be on campus again, especially now that quarantine is over,” said Mysogland, thankful that the successful progression out of Gate 0 that means their distanced dates can be more than a prison block recess from 2:30 p.m. to 4:30 p.m.

Unfortunately, even in the longed for “new normal” of Gate 3, where students can hang out in larger groups and inside common spaces, there isn’t a predicted time to look forward to when they will be able to hold hands on campus again.

“I’m a little touch-starved, I think,” Mysogland laughed as she looked at their cars parked side by side behind the University Court apartments, the door of Vogelschmidt’s white pickup closer to her car than he could be to her for the entire semester.

“It sucks,” she said, “but we have fun finding ways to make it work.” Mysogland and Vogelschmidt hardly ever FaceTime – they don’t need to. They watch movies on a projector outside, and meet at places off campus to go on walks, for a change of scenery. They get coffee downtown, and he walks her to work. They have picnics outside almost everyday, sitting in the grass, or on their cars, distanced but together.

“It’s hard, and some things feel really ridiculous,” Mysogland said, but for them it is worth it.

Her advice to couples on campus right now is to put in the effort, be creative and figure it out. Fan the flame from six feet away. If anything, she thought, it will make for great stories when they’re old and laughing over the pandemic that short-circuited the national economy but couldn’t stop them from being in love.