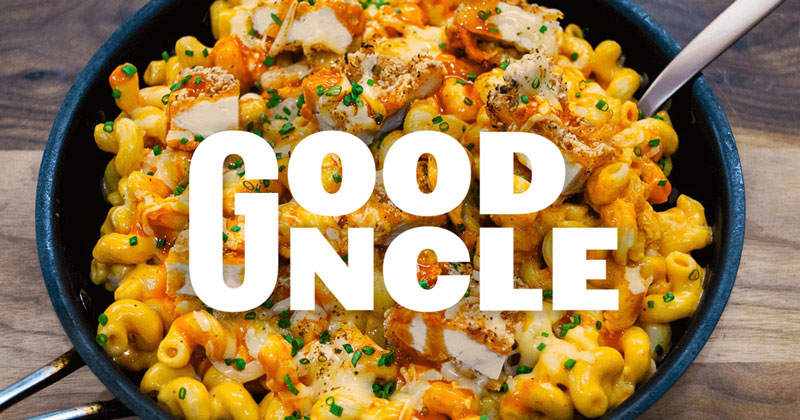 While the uncertainty of remote learning due to the COVID-19 pandemic had the potential to compromise Good Uncle’s business strategy, the company adapted by expanding to new campuses and hospitals. Good Uncle’s business model relies on students being on campus, which remained in question throughout most of the summer. Even so, the pandemic has created an opportunity for the service to optimize their core goal of spreading good food and service.

“The mission is bringing good food to places that don’t have access to it. Often that can be college campuses, particularly for juniors and seniors living off campus without access to dining halls,”  Director of Growth and Marketing at Good Uncle Dylan Gans said.

Since its debut on Colgate’s campus in fall 2018, Gans said a commitment to customers and service has remained at the core of Good Uncle’s strategy even through the pandemic.

“Even when schools shut down in the first place, we decided that we were going to stay [on campuses] until the sales numbers told us there was no opportunity,” Gans said. “We want to be there for students when they need us.”

“Last year when I was in the Townhouses, I ordered Good Uncle more often than I did freshman year,” Zetterberg said. “It was very nice when I didn’t want to go up the hill to Frank since it was delivered to my door.”

Students are no longer the only customers Good Uncle supports. In June 2020, Good Uncle launched a retail line focused on providing meals to employees at healthcare facilities, including Pennsylvania-based hospitals Bryn Mawr, Paoli and Riddle and Duke University Healthcare and Oswego Hospital.

“We’re selling our meals cold to hospitals…and that [market] has tripled in size and is continuing to grow,” Gans said.

Growth has not been confined to Good Uncle’s healthcare market. This past August, the Corporation doubled the number of campuses it services from eight to 16, which has introduced logistical challenges. The corporation plans to reach a steady state among their current campuses before further expansion.

“Doubling the size of your operations…is not easy and there are tons of things that are breaking,” Gans said.

In addition to expanding to new campuses, Good Uncle has seen increases in volume across universities as more students are turning to food delivery amidst restricted dining experiences in restaurants and dining halls.

“We’ve been having a good semester that’s been in line with other semesters, maybe even a little bit better,” Gans said. “People want to order food and if you don’t have the opportunity to go sit at a restaurant with a bunch of friends or even a dining hall…I think Good Uncle becomes a solid option.”

Despite a strong semester overall, certain campuses have been outperforming others. With nearly all classes online this semester, UNC Chapel Hill has seen lower volume than that of traditional semesters.

“There are certain campuses where during a normal semester we’d probably be doing three times the volume,” Gans said.

“I think so much of [growth] depends on whether we can continue to provide a good service that people want,” Gans said. “I hope that [growth] comes not from other restaurants closing down, but just from students appreciating the Good Uncle service.”

The Good Uncle service, according to Gans, is suited for pandemic protocol. With meals created and packaged in Good Uncle’s own kitchens, the contactless delivery model has insulated the business from having to execute major structural changes. Despite adhering to pandemic-friendly practices prior to the COVID-19 outbreak, Good Uncle has implemented additional safety regulations in their kitchens and delivery vans, namely frequent sanitation and mandatory mask-wearing for delivery drivers.

“We’re here for as long as students are going to be there and that’s not going to change,” Gans said. “On top of that, we think that Good Uncle is a really important service during this time so we’re happy to be providing it.”