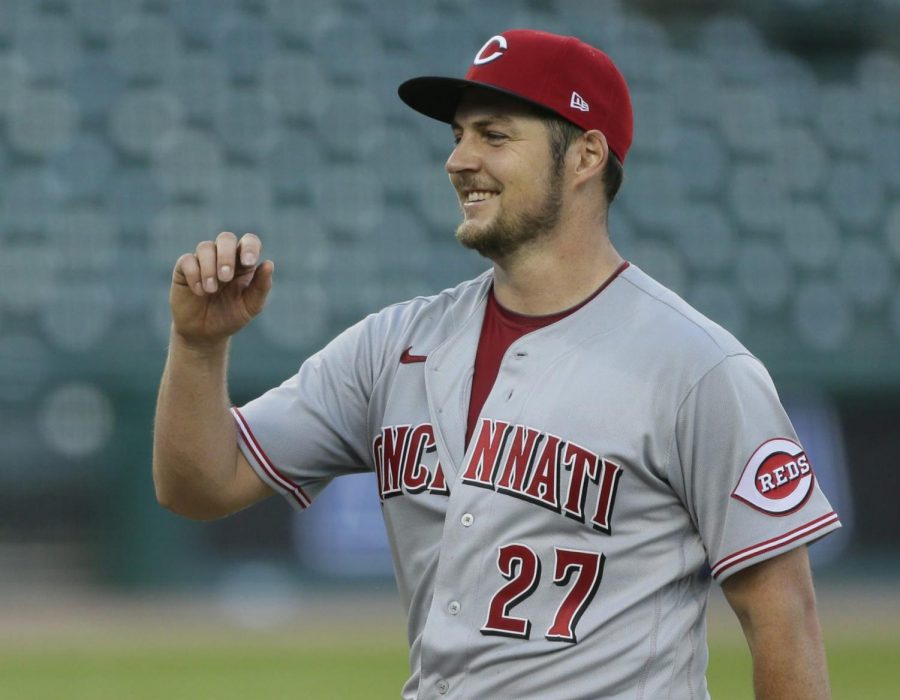 Cincinnati Reds pitcher Trevor Bauer isn’t afraid to tell you what’s on his mind. He was the most vocal player when Commissioner Rob Manfred was slow to get the MLB season started. He speaks up whenever there’s a problem, like the Astros cheating. Now, he wants to be the Cy Young.

The contenders for this award are Jacob deGrom, Yu Darvish, Aaron Nola and Bauer. This season, Bauer is 5-4, with a 1.73 ERA and 100 strikeouts. Of of the four contenders, Bauer has the best ERA, the second best record and the second most strikeouts. He’s a proven asset to any team that can get their hands on him, and he belongs in this conversation.

His stats definitely provide a compelling argument to make him the NL Cy Young award winner. However elite his numbers may be, the way he handles himself on and off the field could impact the media’s response to him come awards season.

On the field, Bauer treats every strikeout like a game-winning three in the NBA Finals. He’s always got some celebration prepared, whether it be fake shotgunning a beer or, his go-to, the Conor McGregor walk. Bauer understands why Fernando Tatis Jr. would hit a grand slam on a 3-0 count. He loved it when Joe Kelly was taunting the Astros. Bauer constantly tried to wear cleats repping Joe Kelly and would always tweet out against Manfred for how he treated the Dodgers pitcher. On the field, Bauer is trying to make baseball fun again. And now more than ever, baseball really needs to be fun. Off the field, Bauer is vlogging through his YouTube channel, Momentum, talking about how boring baseball is and how it can be more fun.

Sadly, the baseball purists might disparage Bauer for his antics. He’s loud both on and off the field, and on the field, the louder the player, the more coverage you will get. But the baseball media dislikes players who are just as loud off the field. Mike Trout, Fernando Tatis Jr., Juan Soto, Ronald Acuña Jr. and Tim Anderson get some of the most coverage by baseball media because they play loud. But unlike Bauer, off the field, you don’t hear these players. And they never say anything controversial. While Bauer isn’t inappropriate, he
freely shares his opinions, often finding himself in front of baseball media saying something foolish.

Bauer is a true contender for this Cy Young. However, his public persona makes him the underdog. But whether he wins or loses, Bauer will be in front of the media, giving his two cents on why he deserved to win. He will demonstrate that he is more than a player; he’s a personality. That’s something that this season of baseball should appreciate and reward with the Cy Young.