NBA Finals Preview: The Heat Versus The Lakers 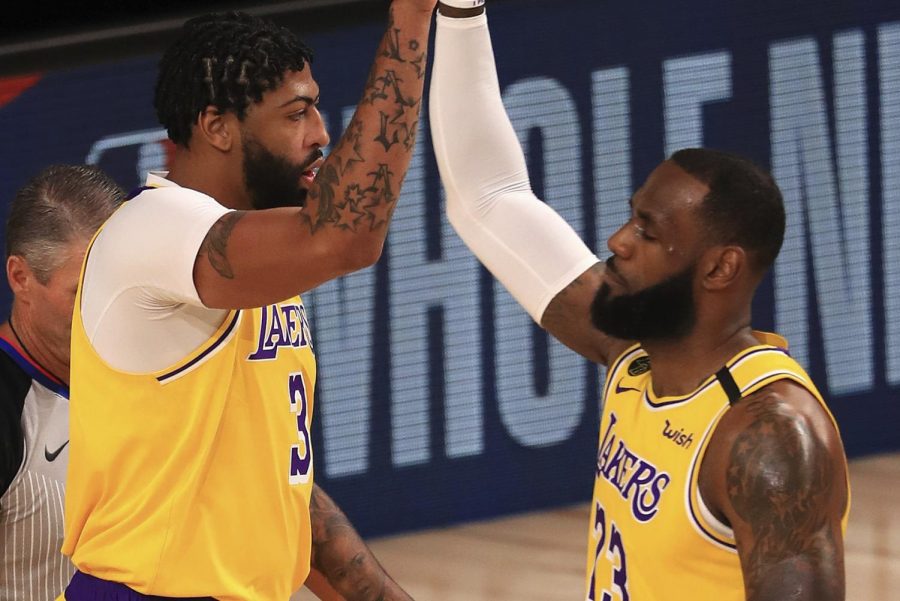 After a 125-113 win over the Boston Celtics in game six of the Eastern Conference Finals on Sunday night, the Miami Heat are headed to the 2020 NBA Finals to face the Los Angeles Lakers. The Heat have been led through the post-season by All-Star forward Bam Adebayo, guard Jimmy “Buckets” Butler and rookie-turned-superstar guard Tyler Herro. Meanwhile, the Lakers were paced by the all-time great and legend LeBron James, as well as versatile center Anthony Davis for their Western Conference Championship.

The Lakers enter the series as the obvious favorites, given their five-game dispatches of every opponent they have faced thus far in the playoffs, as well as the fact that they have the best player on the planet in James. ‘King James’ proved his greatness when he scored 38 points, dished out 10 assists and grabbed 16 rebounds in the Lakers game five closeout victory against the Denver Nuggets. James’ performance was supplemented by Anthony Davis’ consistent and prolific scoring, as he averaged 31.2 points per game in the Western Conference Finals.

The Lakers have also benefited from the return of veteran point guard Rajon Rondo, or ‘Playoff Rondo’ as he is known around the league from his days with the Boston Celtics. Rondo’s efforts, experience and energy off the bench have been monumental for the Lakers’ success as they turn to their second unit.

Meanwhile, the Heat enter the series with a chip on their shoulder, having been an underdog in all three of their Eastern Conference playoff series victories. They step up their level when they are counted out. That is probably due to the carefully crafted squad that Miami Head Coach Erik Spoelstra puts on the floor every night. The team is young, confident and up to the challenge. Nothing epitomizes that mindset more than Tyler Herro’s Game Four heroics in the Eastern Conference Finals against the Celtics, when he put up 37 points in a hard-fought victory. The team’s confidence is through the roof, and they are chomping at the bit to battle the Lakers.

The Lakers swept the regular season series, but both games played between the two teams in the regular season were in December. Those ancient results give little to no insight into their Game One matchup on September 30. Tyler Herro was just a decent role player at the time, and Bam Adebayo was still waiting to burst onto the scene. Expect the Finals to be a completely different game than the regular season matchups. However, there is one thing that I do expect to remain the same when the two squads face off: the dominance of James and Davis.

James and Davis went off in the two regular season matchups against the Heat, and I expect the same in the Finals. The Heat simply do not match up well against the duo. If Bam Adebayo were cloned, they would be set, but he can only guard one of the two players at a time. And while I think Jimmy Butler can do a decent job guarding James, I think James will be too much to handle for Butler down the stretch.
With that being said, my prediction for the 2020 NBA Finals is that the Los Angeles Lakers will be hoisting the Larry O’Brien Trophy after six games and James will be Finals MVP.