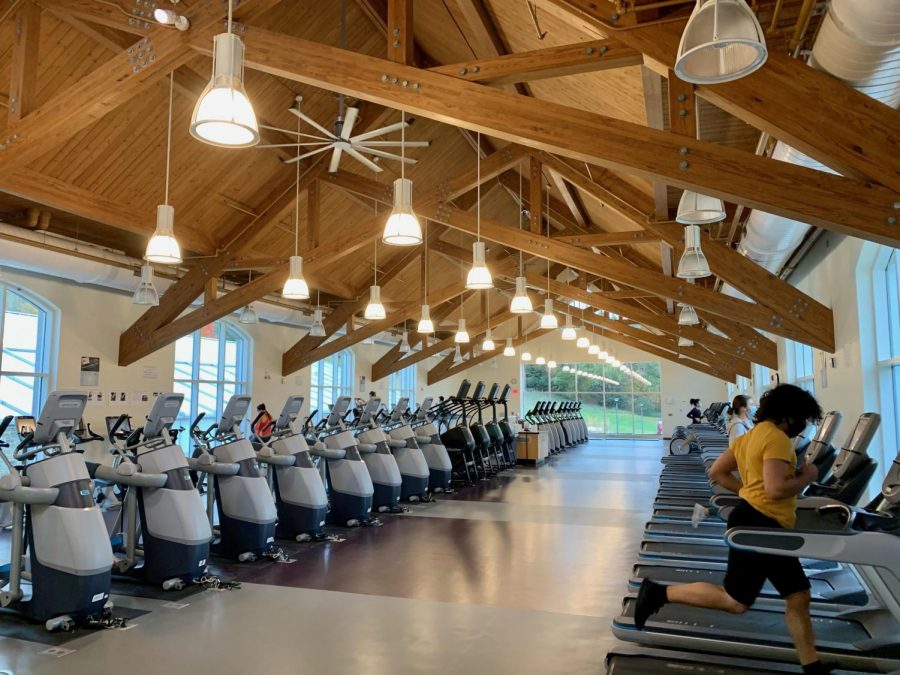 The Task Force on the Reopening of the Colgate Campus announced its decision to proceed to Gate 2 of Reopening after one week of delay, on Tuesday, Sept. 29.

The Task Force and the Health Analytics Team revisited whether or not to move to Gate 2 on Thursday, Sept. 24 and, after meeting with President Brian Casey on Monday, Sept. 28, the Task Force publicized their final decision via an email addressed to the student body.

In Gate 2, students can meet in larger supervised groups, visit the village in groups of ten, enter common rooms in other residence halls and access the Trudy Fitness Center and Lineberry Pool. The Task Force designed a modified Gate 2 that better matched the University’s circumstances and student behavior. The task force made clear that group size was to remain at ten students or fewer, except for supervised activities. Expectations were more clearly outlined after finding that some students routinely ignored social distancing and mask protocols.

“I would not be surprised if there were further modifications to things just because every day that goes by, we’re learning more about how students are behaving in different situations,” Holm said. “We’re never coming at this from a place of distrust. We’re coming at it from a pragmatic standpoint, where we know that the vast majority will do the right thing. We have to be aware of that and mitigate the fact that we can’t expect 100 percent compliance from everyone all the time.”

According to the University’s website, “Gate 2 (Moderate Restrictions level) may be implemented if health metrics remain at low levels or new normal levels during Gate Level 1 for a minimum of 14 days.” The soonest possible date that the University could have entered Gate 2 was Sept. 22, two weeks after it transitioned to Gate 1.

The Task Force was initially hesitant about moving into Gate 2 after learning that two students had traveled outside of Madison County. Those students’ positive cases resulted in 47 close contact identifications. According to Associate Professor of Biology and Co-Chair of the Task Force on Reopening Geoff Holm, any additional positive cases at that point could have resulted in full occupancy at the Wendt University Inn and forced the University’s closure. Health Analytics Team Manager Severin Flanigen echoed Holm’s sentiments, explaining his team’s primary concerns.

“When we got to the point where we were considering going to Gate 2, we were taking a look mainly at the capacity in our quarantine space, which was over half full. Although the number of students in isolation wasn’t a large number, it was still a number that made us think twice,” Flanigen said.
“Really, the thing that drove us to not move to Gate 2 was the number of community health violations.”

According to Holm, cross-residence hall visitation became a focal point during their conversations, as they considered the possibility of super-spreader events moving forward. While it is easy to test students living in the same residential hall, Holm said that the testing process could become convoluted once students begin to move between buildings. The Task Force also expressed concern over the sharing of athletic facilities, resulting in their decision to postpone the arrival of Gate 2.

“I’m very happy that they took the time and just really tried their best to protect us. And so I feel like the delay was definitely a good move. It didn’t even feel like that long,” first-year Mariama Lemon said.

After announcing the decision to remain in Gate 1, the Health Analytics Team observed a decrease in positive case rates, close contact identifications and community health violations. Flanigen noted that all 265 students and faculty who were tested between Sept. 28 and Oct. 2 tested negative, which offered reassurance. Holm also credited the work of Campus Safety for the drop in community health violations.

“It felt like a reflection of the community. I understand that there are people who are going to be going and doing what they want to do, but it’s nice to know that as a community, there’s enough of us doing what we need to do and trying our best to stay safe. That’s all we can do, is to just try our best,” Lemon said.