The King of Clay Stays on Top 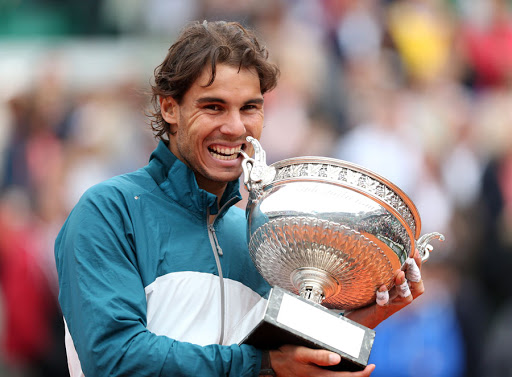 The King of the Clay stays on top. Was it ever in doubt? Rafael Nadal clinched his 13th French Open title this past Sunday, defeating world number one Novak Djokovic handily in three straight sets.

Nadal’s road to victory in Paris was quite an easy one. He played only two seeded opponents: Argentinian Diego Schwartzman in the semifinal and Djokovic in the final. He also didn’t drop a single set on his quest for another Coupe des Mosquetaires, absolutely cruising to yet another victory on the red stuff at Roland Garros.

Nadal has etched his name into history yet again in 2020 at the age of 34. He has now tied the great Roger Federer in grand slam titles with 20. Roger, the classy gentleman that he is, congratulated Rafa on social media, giving his respect and saying how the two have pushed each other over their careers.

The grand slam championship leaderboard now stands with Rafa and Roger tied for first with 20 major titles, and Djokovic coming in at number three with 17 major titles. We are lucky to be living in an era of the three best tennis players of all time, who have dominated the game of tennis since the early 2000’s and are still doing so today.

Rafa has won 13 French Titles since 2005, which is unfathomable. This year’s victory has now marked 13 wins out of the last 16 French Opens. To put this in context, the next closest to wins at the same grand slam tournament is Roger Federer with eight at Wimbledon, and Novak Djokovic with eight at the Australian Open. Rafa stands alone on that pedestal.

Here is a another astounding fact for you: Rafael Nadal is a career 100-2 in the French Open. He has only lost two times ever. That’s a 98% win rate. It goes to show just how elite and unbeatable Rafa is on the clay. The clay slows the game down, allowing Rafa to hit his spinning forehand and chase balls all over the court with his incredible athleticism.

Rafa’s tremendous clay play can also be attributed to his roots as a tennis player. Nadal grew up playing on the surface in Mallorca, Spain, with his famous uncle Toni, and he grew accustomed to the style of play on the clay court. Beating Rafael Nadal on the clay is one of the hardest feats to achieve in the sport. His domination on this surface is unparalleled. No player dominates a surface like Rafa does. He is virtually unbeatable — proving it in 2020, winning yet another title 15 years after his first.

Rafael Nadal’s 20th major title sparks the conversation of who is the best tennis player of all time? Is it Roger or is it Rafa? Federer is approaching 40, and he doesn’t seem to have much gas left in the tank. The last tournament Roger played in was the Australian Open, which he lost in the semi-finals. Since then, he’s been nursing a knee injury, but is trying to make a formidable comeback. He of course can’t be ruled out at Wimbledon.

Rafa and Roger sit at the top right now, and Rafa has shown no signs of slowing down, especially on the clay. He could be winning French Opens five years from now. Only time will tell, but Rafa is on top of the world right now after winning his 13th French Open title.