Leading the Fight on All Fronts – Nicole Weiss 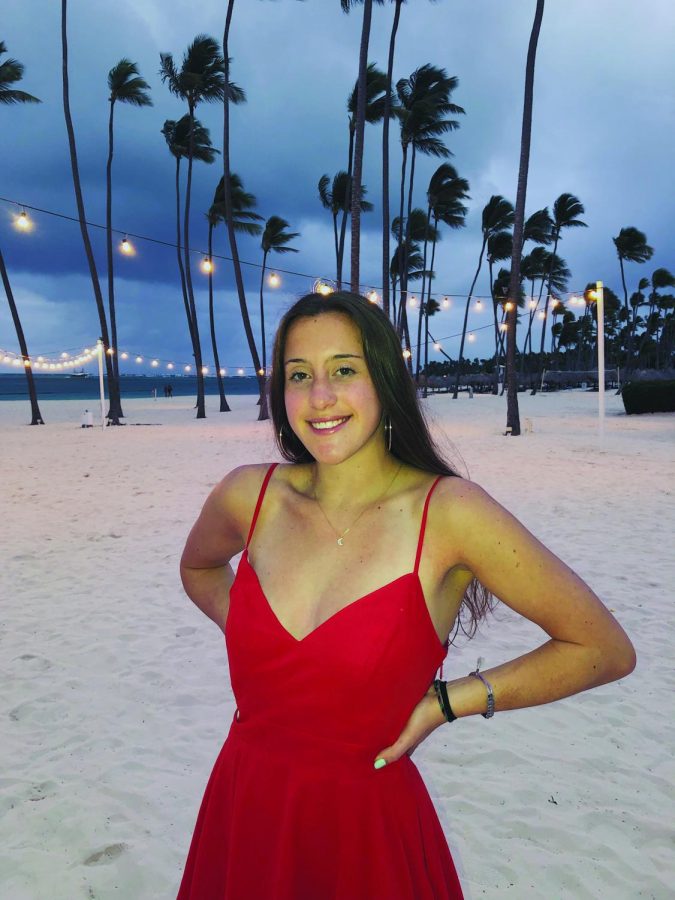 Junior Nicole Weiss, a psychology and Spanish double concentrator, is a staunch advocate for survivors of sexual assault both on campus and at home. A member of the Gamma Phi Beta sorority, Weiss was elected last year as the Sexual Assault Prevention and Support (SAPAS) Chair for the Panhellenic council.

“Although I am an active member of Greek Life at Colgate, and have had an amazing experience with my sorority, as a survivor of sexual assault I understand why many are calling for the abolition of these organizations, especially fraternities, which are notorious for fostering privilege, toxic masculinity and turning a blind eye to sexual harassment and assault,” she said.

In the beginning of this semester, Weiss met with the SAPAS Chairs of each sorority on campus to produce a list of demands for fraternities.

“The sororities have agreed to hold all fraternities on social probation until our demands are met,” said Weiss. “We are emphasizing four pillars of change: prevention, accountability, safety and support.”

The demands include increased mandatory training regarding sexual assault prevention and resources for survivors, increased transparency about safety measures taken at social gatherings and increased accountability for individual actions of fraternity members.

Weiss said she often feels conflicted being a member of Greek Life, since much of her work and volunteering centers around survivor activism.

“Sometimes I do feel like I am part of the problem [as a member of a sorority], but at the same time I really believe that I’m making real change from the inside, and I know that that’s vital to fixing this broken system,” Weiss said. “Being SAPAS Chair for Panhellenic gives me a sense of control I wouldn’t have otherwise been able to find.”

Weiss is also a founder of the @shareyourstorycolgate Instagram platform which provides an anonymous space for Colgate community survivors to share their harassment, assault or related stories.

As one of Colgate’s lead student advocates when it comes to survivor activism, Weiss is also involved in The Network, a student-led organization which focuses on improving awareness about sexual violence and partner abuse on campus and beyond, and the Medusa Movement, another student-led organization which informs the Colgate community about the recent Title IX changes and attempts to push back on policies that hurt survivors of sexual assault.

“I’m not a leader of the Medusa Movement, but I was reached out to because I’m so involved in survivor activism. I was a part of the initial planning and drafting of the email that went out to the administration regarding our opposition to the Title IX changes, and now I’m involved in the survivor network committee which reaches out to student groups on campus to encourage them to join our movement,” Weiss explained.

According to Weiss, one of the biggest disappointments from the new Title IX changes are the added measures for no-contact orders. Weiss herself has a no-contact order against her perpetrator on campus, and feels lucky she was able to get one before it was made extremely difficult.

“Now, schools are supposed to be giving out no-contact orders only for students who submit a formal complaint. Not everyone is prepared to do that, especially after the trauma of an assault and the fear of community retaliation, which happens frequently to survivors who share their stories,” Weiss said.

On top of everything she does, Weiss was also chosen as a student ambassador by Haven, the sexual violence response center on campus which provides confidential care, support, advocacy and trauma-informed clinical services for survivors of sexual assault, harassment and related mental or physical violence. This past summer, Weiss worked for a sexual assault crisis center called the Rowan Center near her hometown in Stamford, Connecticut. There, she received training to be a sexual violence advocate and also worked as a marketing intern.

Weiss is unsure what she will be doing post-graduation, but she is certain about the social change she’ll bring about regardless of her career.

“In the future, with whatever career path I choose, I will be focused on creating a survivor-centric world however I can. I will always be an advocate,” Weiss said.