Colgate and the Military: Reporting on 150 Years of Wars 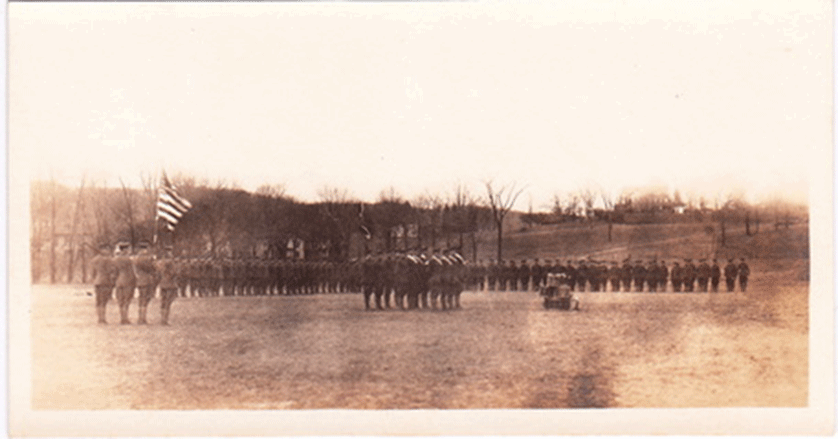 Students who attended Colgate in times of war noticed a shift in priorities from academics to military preparation, especially during World War II. 25 staff members had left for service by August, 1943.

Inside what students and faculty today call the “Colgate Bubble” – a phrase that emphasizes its isolation atop a hill in rural New York – it’s easy to forget about the world beyond the confines of Hamilton. However, the students who attended Colgate during times of war were intrinsically and inevitably intertwined with politics and conflict outside of the university. During periods of war, the strife and distress in America and overseas were reflected on Colgate’s campus. While the Old Stone Jug still existed downtown, life on campus was much different from what it is today.

By August 1943, 25 members of Colgate’s staff had left for service in the armed forces or government agencies since the war had begun in 1939.

Although traditional college courses proceeded during the war, Colgate’s civilian population was abnormally low and many student groups and activities, such as the school yearbook, were discontinued.

Even The Colgate Maroon-News had to adjust its objectives. Throughout World War II, the paper covered mostly local Navy news and aimed to publish features and editorials written by men in the military programs.

The newspaper’s contents included announcements of physical examinations, uniforms and reminders of manual regulations. Each week the paper posted an honor roll, which listed the Colgate men who had recently sacrificed their lives in the armed services of the United States.

The transition toward an emphasis on military training came with some friction on campus. In an article that was published on Wednesday, March 10, 1943, a student wrote, “There has been much criticism on campus…particularly the administration’s failure to designate specifically which courses will be given during the summer term and which will not.” Students were concerned about delayed course registration, and many feared that courses required by their majors would not be provided.

A student writer assuaged these students’ worries. He wrote, “It must be realized that the university can’t hold registration for the next term until it knows whether or not there will be a Navy V-12 contingent here. Until it knows whether there will be such a contingent, what its programs will be, and what the enrollment will be, it is impossible to determine what courses will be given and when.”

Additional on-campus conflict was expressed in a 1945 issue. A Colgate student commented on the hostility that existed between the military and the civilian population during times of war.

The writer, signed A.C.D., acknowledged a trend in civilians, who, “although close to the full meaning of war through their own efforts in industry and through the friends and loved ones who serve in the armed forces, have a tendency to oppose restriction of any kind of an authoritative check on the normal course of their lives.”

Apparently, the civilians on campus found it difficult to live in close quarters with the military students. A.C.D. noted the source of the civilians’ troubles.

“They themselves are young; many have only recently come out of high school. This is their first break from the atmosphere of home. Most of them can look forward to only a short stay at Colgate before they enter the armed service. Thus, it is only natural that they should desire as much in the way of education and fellowship as possible for them to get,” he wrote.

Awaiting their potential draft, the civilian students wished to maximize their college experience, and found the military units on campus to be a disruption to their fun and freedom. There was particular discord surrounding sleeping hours, in which the Navy men were bothered by the “midnight free-for-alls by the frosh,” and the civilian students were annoyed with the “dawn cadence outbreaks by the Navy.”

Colgate was comprised of two factions that were on campus for entirely different reasons.

While the civilians were at Colgate “for plenty of sport as well as study,” the Navy men were “being groomed to wear gold braid.” These two factions’ issues were somewhat resolved in an organized meeting.

Tensions arose on campus during the Vietnam War as well. Not all faculty and students agreed with America’s participation, nor did they all agree about a compulsory draft.

In a Letter to the Editor, student Skip Smith ’66 expressed his disapproval of a mandatory draft.

“The rewards gained from dying in Vietnam for the universal betterment of man cannot be given by any one society,” Smith wrote.

Smith further claimed that the United States would be presumptuous to compel acceptance under the pretense that it would be “in the interest of democracy, freedom and future happiness of the majority of all mankind.”

However, Smith would perhaps approve of an obligatory draft if “the battle in Vietnam really were to protect the United States from aggression.”

The next week, alumnus Jack DuVall ’68 wrote a Letter to the Editor. He said, “To mix the issues of the ‘morality’ and the ‘necessity’ of the draft is to be short sighted.” DuVall claimed that the draft and the concept of morality could not be conflated.

“Can the nation conduct military operations without selective service?” DuVall asked. He understood that some might resist the draft for personal reasons, such as objecting to kill another person; however, to resist the draft on moral grounds would be unjust.

While some animosity existed on campus, patriotism and solidarity were maintained by the uniting factor that was Colgate. The students organized silent vigils for peace, created groups such as the Students Concerned for Peace in Vietnam and coordinated the National Vietnam Moratorium Day.

On October 15, 1969, students, faculty and administrators paused to listen to “the seemingly endless list of names of the war dead echo about the quad from 6 a.m. well into the night.” There was no denying that the entire community was connected to the war – they all had lost a teacher, a peer or a friend.