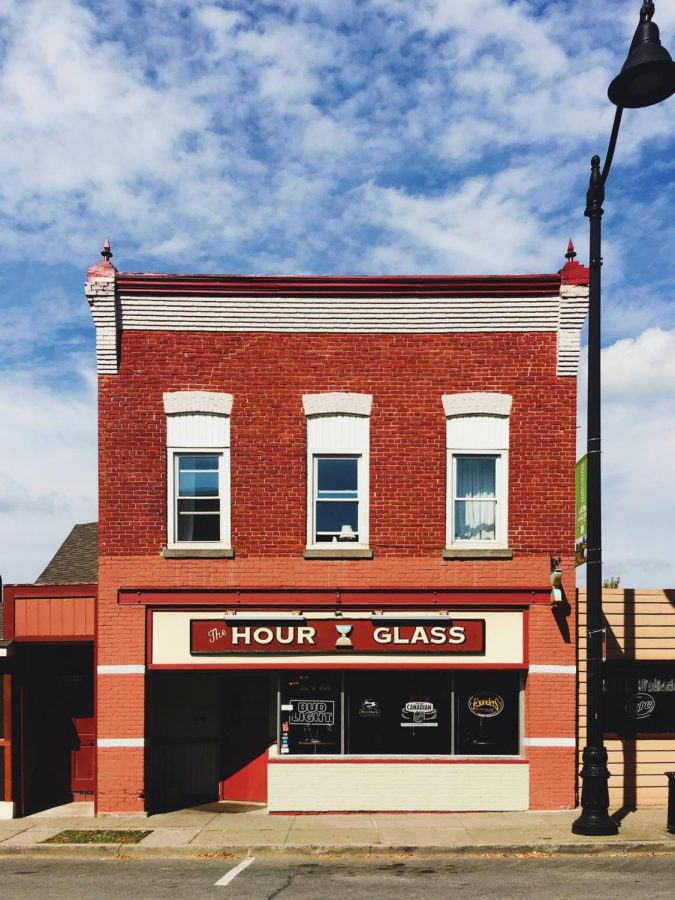 Following the suspension of Risky Business Cafe’s liquor license, of-drinking-age Colgate students are divided over the safety of participating in the local bar and restaurant scene in the context of COVID-19.

Students living downtown near local bars Risky Business (now closed) and The Hourglass have reported noticed increased noise and crowding both outside and inside of Risky Business Cafe, while it was open, and The Hourglass on mostly Thursday, Friday and Saturday nights. Although multiple students reported that lines usually don’t exceed 15 people due to strict New York state capacity restrictions, students are reportedly disregarding social distancing and not keeping their masks on their faces. Some believe that although they have seen such behavior, they believe it is specific individuals and not a frequent issue.

Although many students feel as though establishments like The Hourglass and Good Nature Brewery are strictly adhering to COVID-19 rules and regulations, many have observed concerning student behavior that does not adhere to the Commitment to Community Health Guidelines or the establishment’s regulations. While Good Nature Brewery is not a bar, but a Brewery restaurant requiring food and open only until 9 p.m., students explained that it serves as another common location for of-age students to drink and socialize

“What we know is that there was a downtown apartment who claimed their roommate had [COVID-19] and that same day, they were seen dining at Rusch’s [Bar & Grill] and later were at the [Hour]glass,” Monashefsky said. “It’s always concerning. However, I can’t exactly bring myself to judge what’s going on because I was not there myself. It’s easy to look through a window and see one person not wearing a mask and feel a little scared.”

“I can understand in the groups themselves they are not social distancing, but between separate parties, there’s no six feet social distancing. It is really concerning to us especially when we walk by them because people aren’t wearing masks,” Knickerbocker said. “It’s very frustrating to see people bluntly ignoring mask guidelines and social distancing guidelines and I think it has a lot to do with the nature of the bar and people are probably already drinking so their inhibitions are lowered.”

Knickerbocker explained that she and her family unit have visited The Hourglass, but only go on “off-nights” and go early to avoid the busiest hours. She reported that most students usually arrive around 11 p.m., and that she felt comfortable and safe going earlier, around 9 p.m.

“We went around 9 p.m. and there was nobody there. We wanted a change of scenery and it was actually a really pleasant experience. There was a minimum 10 feet at least from other people in The Hourglass,” Knickerbocker said. “I felt comfortable during those times when it wasn’t at max capacity.”

Monashefsky said she and her small group of friends only attend bars and restaurants after glancing inside and making sure it is not near max-capacity.

“It’s always incredibly tempting and I’ve had friends say they have gone [when it is near or at max-capacity] and had an amazing time and it’s like a taste of what our social lives used to be like. Who wouldn’t want that?” Monsashefsky said. “I can feel bitter like I’m losing an incredibly valuable part of my college experience. However, that bitterness never overrides my feeling of wanting to be safe. I am 21 years old. Yes, I’m young and want to be social, but I’m also old enough to handle the responsibility of thinking about others before myself.”

Senior Sheila Mastropasqua is more concerned about students listening to employees and owners and abiding by the establishment’s safety guidelines.

Although there is concern among students, seniors and downtown-residents Julia Lindsay and Tommy Colman said they’ve observed generally good student behavior downtown. They emphasize the value of having social spaces where students of age can safely gather and that bar employees and owners have succeeded in strictly enforcing New York’s COVID-19 safety guidelines.

“The Hourglass has managed to enforce [COVID-19] regulations and keep everyone seated. If you’re caught walking between tables or walking at all without a mask you get reprimanded. And it’s really the only place where, for students that are of age, can socialize right now,” Colman said.

Lindsay explained that she also feels restaurant and bar establishments have done a great job at enforcing safety restrictions. However, unlike Knickerbocker and Monashefsky, she has observed students respecting Commitment to Community Health Guidelines and has been heartened by good student behavior.

“It has been an impressive group effort and students in the downtown area have done well to normalize mask-wearing when out and around the village. To me, it seems like students are [wearing masks] and abiding by guidelines,” Lindsay said.

Senior Isabel Dunning, who lives in between Risky Business Cafe and The Hourglass, said that she can see long lines waiting to enter The Hourglass from her apartment, but she reports that students in line have been wearing masks. Lindsay adds that she has seen a few students congregating at downtown establishments without masks, but also have seen adults exhibiting this behavior.

“There doesn’t seem to be a trend going either way, but I have seen both sides,” Lindsay said.

Senior Billy Garfinkel, who has been inside the Hourglass once or twice, said the Hourglass has followed New York State’s guidelines very well, however cites being indoors and in close quarters as increased risk and has noticed co-mingling at Good Nature Brewery. He explains that this division and confusion among students reflects an awkward gray area in university communication regarding the downtown area.

“The line is hard to draw for many people [for] what they justify as safe or rational. When you look at our campus reports, they look pretty good. Laurea Jack is saying good things. Is that a justification to let your guard down? I’m not sure,” Garfinkel said. “It’s kind of hard [for] a lot of people to balance the grey areas for downtown seniors, and what the school has said, or the lack thereof.”

Garfinkel added that going to a bar does undermine the purpose and trust of the community and says it’s distasteful to disregard these factors, however he does not believe it is not only the student body that has undermined these ideals. He has noticed an increasing number of prospective students and their families gathering downtown outside of establishments such as the Colgate Bookstore.

“I think a lot of people recognize that these rules are in place for a reason and it’s just completely distasteful to have like no regard for anything outside of your own desires to have a fun senior year,” Garfinkel said. “But then you look at the other side of the coin [at] people starting to arrive on our campus who don’t go here and, clearly…our ideal isn’t being held up on both ends.”

Garfinkel said he can understand both perspectives and agrees that students should be extremely wary of their decisions to participate in local bar and restaurant scenes.

“I understand that, and I agree with it. [But], I can’t pretend I don’t see both sides. It’s definitely a grey area that everyone has to reckon with.”