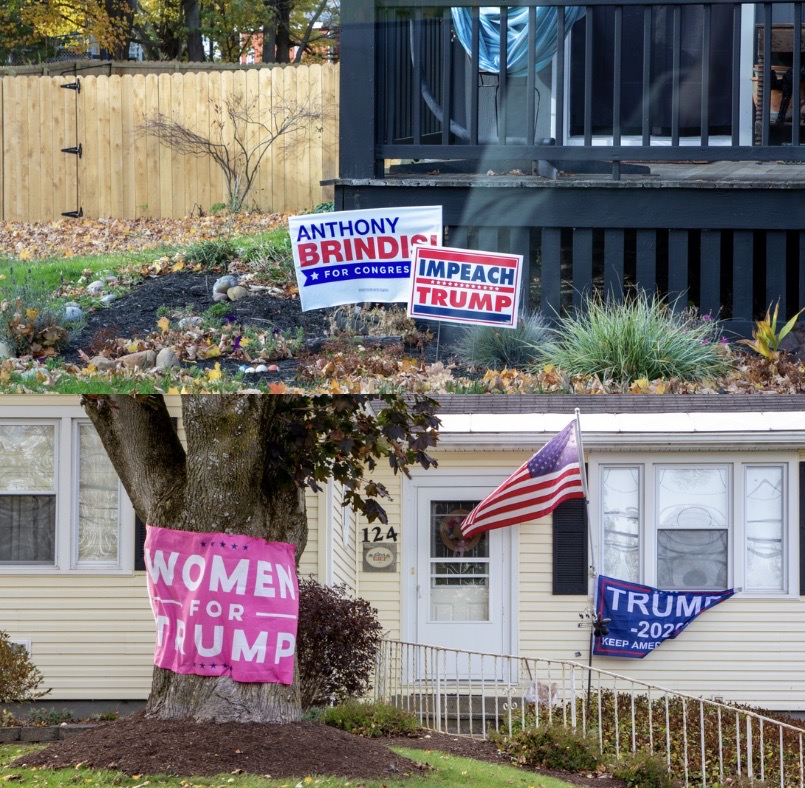 This fall, both clubs have taken on the important, added responsibility of encouraging voter turnout for the upcoming election. They have invested in specific strategies to do so.

Reed Cleland, the president of Colgate College Democrats, said his club is taking the lead on organizing the March to the Polls.

“[March to the Polls is an] annual event started in 2018 by a group of Colgate student activists [where] students march across the campus and into the village to cast their ballots on Election Day,” Cleland said.

Cleland acknowledges that the event will look different this year due to COVID-19 precautions.

“We will be having conversations with the necessary departments and offices in order to create an event that is as safe and productive as possible,” he said.

In addition to the March to the Polls 2020, Cleland revealed that the Colgate Democrats “are developing a strategy of voter mobilization that will occur over the next three weeks,” which includes “a large email list and several group chats” to spread the word.

“In the coming weeks, you are going to see a very robust social media and poster campaign from the Colgate Democrats, listing voter statistics and encouraging students to cast their ballots enthusiastically and with purpose,” Cleland said.

Despite efforts made by both organizations, however, the club leaders expressed ways in which the pandemic has limited their success in encouraging voter turnout.

Emma Darcy, president of Colgate Republicans, mentioned that, in conjunction with her club representing a relatively small group on campus, restrictions from the pandemic have made it even harder to reach people.

“We’re not able to table at [the O’Connor Campus Center] this year to encourage voter turnout or hold any in-person events, so many of our efforts are not circulating very far,” Darcy said.

Cleland stated that, in response to restrictions placed on tabling at the Coop, the Colgate Democrats had to find other ways to encourage voter registration.

“Our two interns for Anthony Brindisi’s House campaign, [junior] Emily Moran and [sophomore] Sophie Hart were instrumental in getting voter registration forms to students all over campus and bringing them to the post office for mailing. We have also had an open email response system where we answer students’ questions about voting within 24 hours,” Cleland said.

This strategy, however, still posed a challenge with COVID-19 restrictions. Hart spoke about her and Moran’s plan to print out voter registration forms and distribute them to the common rooms of every dorm on campus. In about a week they had encouraged about 50 students on campus to register, and Hart reflected that reaching more students was difficult.

“I felt very overwhelmed by the task of attempting to mobilize this entire campus with the strict regulations due to COVID-19, but we felt that it had to be done no matter the barriers,” she said.

For the Colgate Republicans, Darcy stated that phone banks have proven successful.

“Colgate Republicans have been holding a phone bank every week for former Rep. Claudia Tenney, where we talk to hundreds of voters in the district, encouraging them to go vote on November 3,” Darcy said. “This Congressional race is one of the closest races in the country, so we’re really trying to get every voter we can out to the polls.”

Cleland also mentioned the importance of the Congressional race, recalling how Brindisi won the race in 2018 “because of the votes from Colgate University and Hamilton College.”

“Due to such a high turnout [in 2018], students in this area not only flipped a congressional seat but contributed to a victory that helped flip the entire House of Representatives to the Democrats. In 2020, the college vote is going to be even more critical than in 2018, and in order to beat Trump (and beat him soundly), we need an unprecedented student turnout the likes of which have never been seen before,” he said.

Darcy echoed the importance of voting in this election.

“Voter turnout is important in any election,” she said. “However, local, state and federal elections, especially in N.Y., are all going to be close this year, so it’s really important that everyone votes. Voter turnout is usually low because people don’t think their vote matters; that’s not true, everyone’s vote does matter.”