Preserving Democracy: Professors Make Room for Voting in the Curriculum 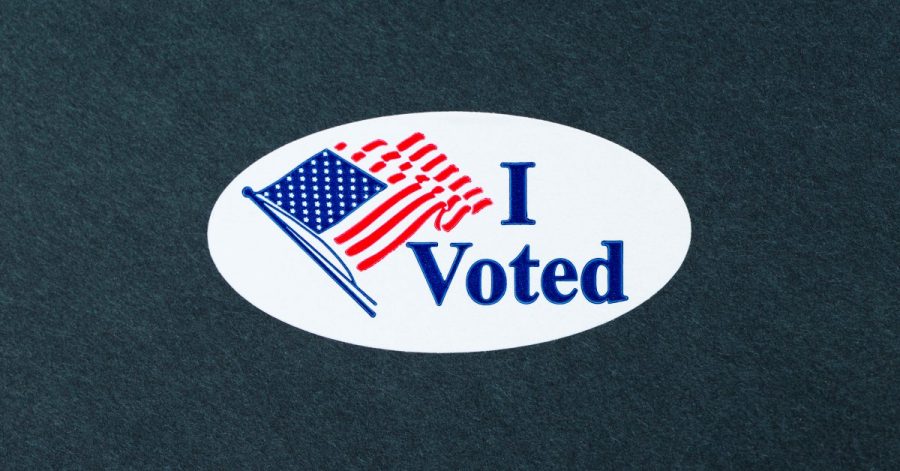 The 2020 election is quickly approaching. After an underwhelming voter turnout in 2016, the United States has some work to do, and many professors are bolstering student involvement in voting and activism.

Professor Amy Leventer in the geology department, Professor Nancy Ries in the sociology and anthropology, linguistics, peace and conflict studies, and the Russian and Eurasian studies departments and Professor Rosalie Chen in the psychology department are just three of the many Colgate professors making in-class efforts to assist their students in the voting process.

“I’m taking Oceanography and the Environment with Leventer. To encourage voting, she had a senior who is [involved with the Colgate Vote Project] come speak to every class about how to register and what to do with absentee ballots. I think this was especially helpful because it will be my first time voting and it can be hard to know the steps of what to do. It was also helpful to learn that Colgate provides stamps and envelopes to students with anything in regards to voting,” sophomore Emily Kness said.

With such a large class, Leventer is able to reach a multitude of students of all ages. She described her logic in having students come talk to other students.

She applauded the students who came for solely discussing the importance of voting, rather than making it political,

“The students were amazing. They were really passionate without being politically motivated. I think that sometimes people feel like they may put other people off or they may be put off if they start feeling that this is just another discussion about politics, about who you should vote for and why,” Leventer said. “Instead, this was really about being an American.”

She further explained that the students had answers to common questions about voting,

“I think some people, including myself, wonder, ‘Where do I go to vote? How do I get an absentee ballot? Do I need to have a second signature? When do I need to get it in the mail by?’ These are all questions that can be obstacles, and the students here at Colgate have made it very easy for it not to be an obstacle. They were very clear and direct, they had all the information right at their fingertips,” she said.

As a scholar on climate change in Antarctica, Leventer can attest that voting is not the only pressing, non-political matter.

“For me, what I tell my students is that the environment is not a political issue. We have seen that happen in the world today, but I think there is not a single person who would disagree with the fact that we all want clean water, we want clean air, we want to have a stable climate, and I think that’s important to remember — that we take the politics out of the question,” she said.

Although the climate is of the utmost importance, Leventer just wants students to recognize their voice, and to use it in whatever way is important to them.

“I try to really express to my students that they have this incredibly huge opportunity in front of them to make the world a better place,” she said. “But, that means being active, and I try not to tell them what they need to be active about. Everybody finds their own passion and what matters to them. And, what matters to me is that they are active about whatever that is. [For] every person it may be something different, but I want them to really embrace that, and to do more than just think about it”

Ries is currently teaching an FSEM on the anthropology of the anthropocene and a senior seminar in peace and conflict studies.

“I’ve been so impressed at how tirelessly [Ries] has encouraged her students to vote. From cancelling class on election day to drafting an entire email dedicated to voter registration resources, she’s demonstrated that even in these unprecedented times voting is still an utmost priority,” junior Lauren Sobran, one of Ries’ students, said.

From putting information in her syllabi urging her students to vote, asking students in class about voting strategies and even commiserating about the stressful election in office hours with students, Ries has been an important asset for voting strategy. She is excited about transgenerational power in voting.

“I’ve been at Colgate since the early 90s, so I’ve gone through lots of election cycles with students. Sometimes students are like ‘Oh, yeah, whatever or okay maybe I’m not even registered and it doesn’t matter’, but the last couple of cycles of students really feel like it matters. That gives me deep comfort,” she said. “My seniors in 2018, in the beginning of the semester, I asked if everybody was registered to vote, and about half of them were keen and were registered, and the other half didn’t really care. And then what happened was that the seniors who cared really talked the others into caring, and on election day, we carpooled down to the Hamilton library and every single one of them voted.”

Like Leventer, Ries recognizes the importance of facilitating students to encourage one another. As a Russian expert, Professor Ries has a deep concern for the upcoming election and ties to the Russian mafia.

“I am very concerned that Trump will be reelected. I really care about what the future of American democracy looks like. So, I hope that if people haven’t voted they will take this opportunity to vote however they feel like voting, whichever party they want to vote for, but I hope they’ll understand that there are networks of criminal corruption that have infiltrated the American democratic system in the last four to five years,” she said.

Ries has given 22 talks about her scholarly research about Russian ties to the current administration in what she has titled “Thugocracy,” and she is not shy about sharing her concerns.

It is clear that Ries has a passion that shines into her activism. She is hopeful for the future and about the next generation,

Chen is currently teaching political psychology and social psychology. She is making sure that her students are politically aware and have a plan for voting.

“I have political psychology with [Chen] and she had us write a short paper on how to register to vote and cast our ballots in our own specific states. So we really have no excuse not to vote. I think it’s been helpful because there were a lot of ways to cast a ballot that I wasn’t fully aware of,” senior Taylor Casamassa said.

Chen also asked her political psychology students to reflect on the debates, both presidential and vice presidential.

“About half of my students felt that because the [presidential] debate was so upsetting and emotional they had a lot to write. The other half felt that they couldn’t finish the assignment and they gave up in the middle, [they felt] that it was too messy to even organize their thoughts,” Chen said.

Chen wants her students to be aware of their opportunity to have a voice,

“It’s our right. If we don’t vote, then you don’t have the right to complain afterward. Our vote is our time to put our voice in our democracy, which is really important,” she said. “We really should exercise that right”

As a psychology professor, Chen understands the emotions that are involved in politics.

“I try also to be neutral because emotions can be quite high, and I really hope that everyone feels comfortable speaking up in my classes. Whatever they feel, I let them vent after the first presidential debate and after the vice presidential debate. We just shared what we felt and thought in class. I hope they appreciated that, ” she said.

Professors at Colgate want students to understand that their voice matters, and voting is the perfect place to start becoming active and involved in U.S. politics.