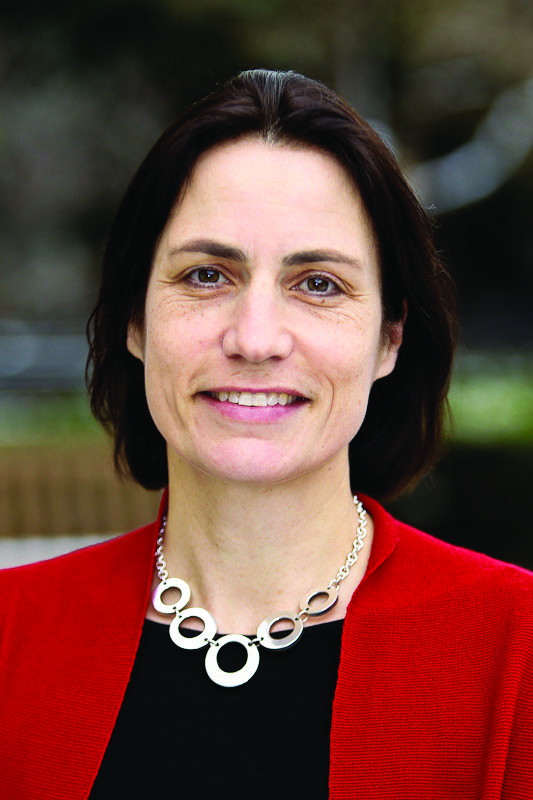 The Forum on Security and Democracy and the Center for Freedom and Western Civilization hosted Dr. Fiona Hill, a leading expert in Russian studies and American diplomacy with Russia, to discuss the complexities of U.S.-Russia relations post-Cold War and in the context of Russian President Vladimir Putin’s presidency.

Moderated by Associate Professor of Linguistics Alexander Nakhimovsky and Assistant Professor of Political Science Masha Hedberg, the Zoom webinar on Thursday, Oct. 15 explored various questions related to international diplomacy between the U.S. and Russia and fielded student questions regarding the U.S.’s standing in the world.

The discussion, titled “Dealing with Russia and Putin: Domestic and Foreign Policy Challenges,” highlighted how U.S.-Russia relations are key for the well-being of the nation and for the security of the international community. In an open letter published by Politico in August 2020, Hill emphasized the need to rethink American diplomatic approaches with Russia and to adapt the wide use of sanctions to be more effective.

“I agree with Dr. Hill’s view that we need to start thinking about Russia as a national security issue, and not as part of our messy domestic politics,” Hedberg said. “I think we got a terrific opportunity to talk directly and candidly about U.S. foreign policy towards Russia, which remains a pivotal (for better or worse) player in world politics, with one of the world’s leading experts on Russia.”

Senior Matthew Carusi asked a question in the discussion about the U.S.’s global standing, which has greatly declined after the 2016 election and further this year due to the poor response to the COVID-19 pandemic, according to Pew Research Center.

“[Hill] said that if we demonstrate in November that we are willing to uphold our democratic principles of a free and fair election and if there is a clear presidential winner, then we can rebuild our global standing,” Carusi said. “As she rightly pointed out, this is not the first time in American history where our nation has found itself immersed in a crisis and must dig its way out from underneath in order to regain some of its global trust.”

Hill has previously spoken about the effects of Russian interference on American elections, a topic that was again brought up during Thursday’s event due to the proximity to the 2020 election. In a recent piece for The New York Times, Hill argued that the effect of Russian interference in the 2016 Presidential Election can be exaggerated; the U.S.’s national divisions and polarized politics made the country easy prey for foreign targets, she writes.

“As Dr. Hill pointed out though, Russia has waged a series of coordinated propaganda campaigns against the U.S., including cyberattacks on two of our presidential elections. This constitutes a threat to the most simple foundation of our democracy, which is the right to vote,” Carusi said. “Every Colgate student, in my opinion, should be concerned about this and my hope is that this talk reminded them of just how serious Russia’s current actions are to American democracy.”

According to Associate Professor of Geography and Russian and Eurasian Studies and Director of Russian & Eurasian Studies Program Jessica Graybill, focusing on the external actors that compromise American elections can only be a point of focus after the country reconciles their domestic divisions.

“Combined with a historical and present desire to be a world power, a history of military ally-ship with parts of the Middle East and increasingly favorable economic relations with China, the U.S. should pay attention to how Russia will continue to position itself geopolitically and economically, especially as climate change raises new geopolitical strategies and economic possibilities,” Graybill said.

According to Nakhimovsky, understanding U.S.-Russian relations is an important part of the world in which we live.

“[Russian and Eurasian Studies] broadens your mind and enriches your soul to learn deeply [about] a very different culture (which has to include learning a different language well),” Nakhimovsky said. “Dr. Hill emphasized, both in her talk and in her recent op-ed in The New York Times, that Americans today are too preoccupied with internal divisions to notice how they [are] all-together different from other societies in cultures.”

Hill drew on her own experience to underscore the importance of learning about Russia and Eurasia more broadly, and attendees, including Hedberg, came away from the talk noting the importance for the Colgate community to take advantage of opportunities to engage with the region, especially in the context of the upcoming election and challenges with the COVID-19 pandemic.

“It’s really commendable that Colgate University generally and, in this case, the Center for Freedom and Western Civilization, has remained committed to bringing prominent speakers and maintaining a lively intellectual exchange even during these unusual, and unusually challenging, times. Even though we need to stay in a physical bubble, we don’t need to remain in an intellectual bubble,” Hedberg said.