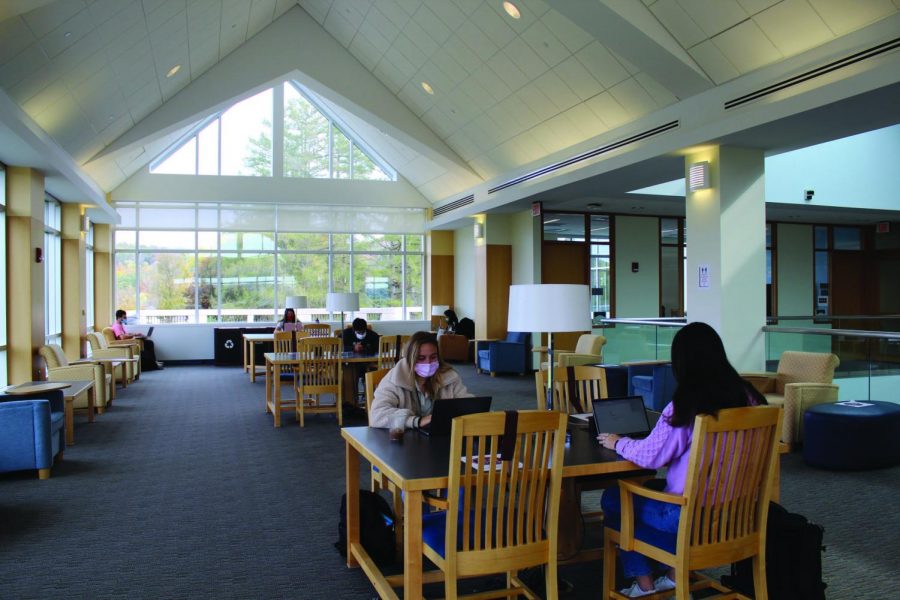 Students across campus have been circulating a petition aimed at convincing the Colgate administration to implement an optional Pass/Fail (P/X) policy for students at the end of the Fall 2020 semester as a continuation of the policy administered at the end of the Spring 2020 semester. The petition, which began circulating two weeks ago, has reached over 1,100 signatures as of Monday, Oct. 19.

Sophomore Sarah Shelton started the petition after discussing with friends how challenging the fall semester has been.

“We are all extremely stressed because of school, but also because of everything else that is going on with the pandemic, the election and just how weird this semester is,” Shelton said. “I hope to make the administration aware of the mental stress and anguish that many students are undergoing right now.”

Many students echoed Shelton’s sentiment by commenting on the petition or speaking outwardly about the need for the pass/fail grading option, including junior Ethan Gibson.

Last semester, Colgate administration made the executive decision to offer an optional P/X grading option for students following the dismissal of all students from campus due to the COVID-19 pandemic. Provost and Dean of the Faculty Tracey Hucks notified students of the change to grading policies, citing the pandemic for the unprecedented change.

“This decision is uncommon, but not unprecedented at Colgate. It was last used when the campus experienced a major disruption midway through the Spring 1970 semester,” Hucks stated in the March 25 email.

Discussions about the lack of normalcy on campus have motivated many students to sign this petition, in hopes that the pass/fail grading option will provide flexibility and alleviate an overwhelming amount of stress that many students feel. Sophomore Gracie Ha emphasized Gibson’s point.

“Even though we’re technically back on campus, it’s far from a normal year… I think it’s really clear that the student body is struggling with the isolation and an overall loss of normalcy, which is no doubt impacting our academic life,” Ha said.

Shelton’s petition acknowledged the privilege to be back on campus, but that remote study and virtual learning are still major adjustments for students to make. In Hucks email notifying students of the changes to grading policies in March, she acknowledged the variability students would be facing in their forms of education.

“Among you, there is considerable variability in levels of access to the internet and other forms of technology. Many of you have lost access to quiet places to study and reflect, and some of you are living in time zones far away from Hamilton,” the email stated.

The petition, addressed to the administration at Colgate University, details the variety in student circumstance as cause for reevaluation of grading policy.

“We don’t negate that this is a privilege and a great step towards a new type of normalcy, but would like to emphasize that this type of learning is still not emblematic of a Colgate education,” the petition states. “Not only are most classes still taking place virtually, but also much of the student body is studying remotely. It is unfair to these students to treat this as a normal semester, deserving of a normal grading system.”

The physical health of students has been one of the main concerns of the administration in hopes of preventing a COVID-19 outbreak across campus. Many feel as though this emphasis on physical health has sidelined prioritizing the mental health and wellness of students.

“With such a lack of social interaction, classes and homework feel almost suffocating. Giving people the option to pass/fail a class would take an immense amount of stress off our shoulders,” Ha said. “More than anything though, I think it would show all of us that the school is actually listening and cares about us, not only as students, but as people too.”

University administration has been notified by Shelton and peers of the petition, and according to Shelton, the Academic Affairs Board will be discussing the potential for a pass/fail grading option at an upcoming meeting.