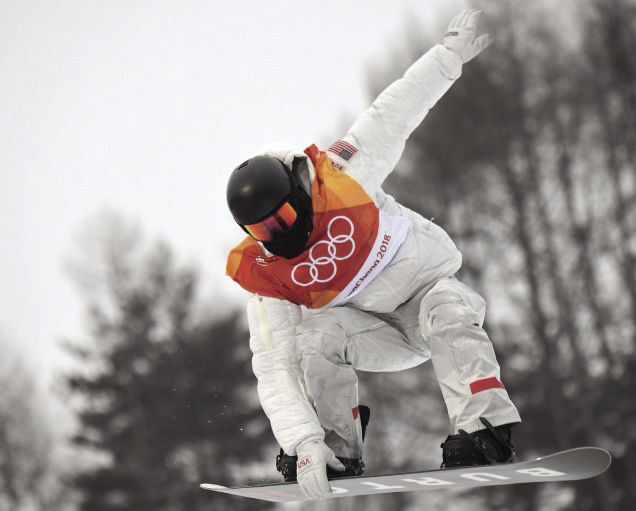 Shaun White reclaimed his place in the national spotlight and took home the gold in the halfpipe on Valentine’s Day. This was his third gold medal of his Olympic career. White has been gathering accolades since 2003, when, as a 17-year-old, he won gold in the X Games superpipe event.

Week two of the PyeongChang 2018 Winter Olympics is in full swing and there has been no shortage of extraordinary victories as well as heightened controversy.

According to the official website of the Winter Olympics at the time of publication, Norway, Germany and Canada currently stand at the top of the medals race leaderboard with 26, 18, and 16 medals respectively, with the United States in the sixth slot at 10. One spot above the United States are the Olympic Athletes from Russia (OAR) with 11 medals. The contingent might have to give up one of its medals, as an OAR curler who won a bronze medal failed a preliminary doping test. The timing could not be worse for the Russians, as their delegation was banned from the Olympics after an investigation exposed a state-backed doping program in-effect prior to the

While the country itself was not allowed to be represented in Olympic competition, certain Russian athletes were granted permission to compete by Olympic officials. This decision however has seemingly backfired as these athletes proved once again that they would refuse to follow the drug policies.

On Feburary 14, Shaun White became the first snowboarder to win three Olympic gold medals, bringing home the gold in the halfpipe final. While long-time athletes such as White continue their success at this year’s games, others seem to be celebrating the opportunity to compete. One such athelete was German Madrazo, a cross-country skier from Mexico. He may have been the most excited athlete to cross the finish line in the 15 km race, despite finishing last. Madrazo began skiing only a year before qualifying, and, upon completing the race, the 43-year-old was hoisted up on the shoulders on fellow skiers in a moment of pure respect.

The United States hockey team was trounced by Russia in a 4-0 loss that the team is now blaming on the National Hockey League. For the first time since 1994, the NHL refused to allow any of its players to compete. However, the U.S. team was able to top Slovakia 5-1 and earn a spot in the quarterfinals against the Czech Republic. The game was played on February 21.

In historically competitive matchups with nations such as Russia, the NHL’s decision could be detrimental to the U.S. team’s success on the podium. Despite this, players who have impressed so far include Harvard’s Ryan Donato who scored twice against Slovakia and University of Denver’s Troy Terry who tallied three assists in that game as well.

Not surprisingly, divisive American politics have been unable to stay out of this year’s Olympics. Vice President Mike Pence has drawn considerable criticism thus far from both competitors and viewers of the games. Pence, who has condemned NFL players for not standing during the U.S. National Anthem, was ridiculed by some for his decision to not stand during the Korean national anthem.

This was after figure skater Adam Rippon, one of two openly gay U.S. athletes, spoke out against Pence being chosen to lead the official delegation for the opening ceremony.  Citing Pence’s support for gay conversion therapy and discriminatory legislation, Rippon stated that the current administration’s stance on gay rights has made it difficult for him to represent his country with pride.

As the final week of the PyeongChang Winter Olympics begins, some last events to look forward to include mens and women’s ice hockey, bobsled, and speed skating finals.