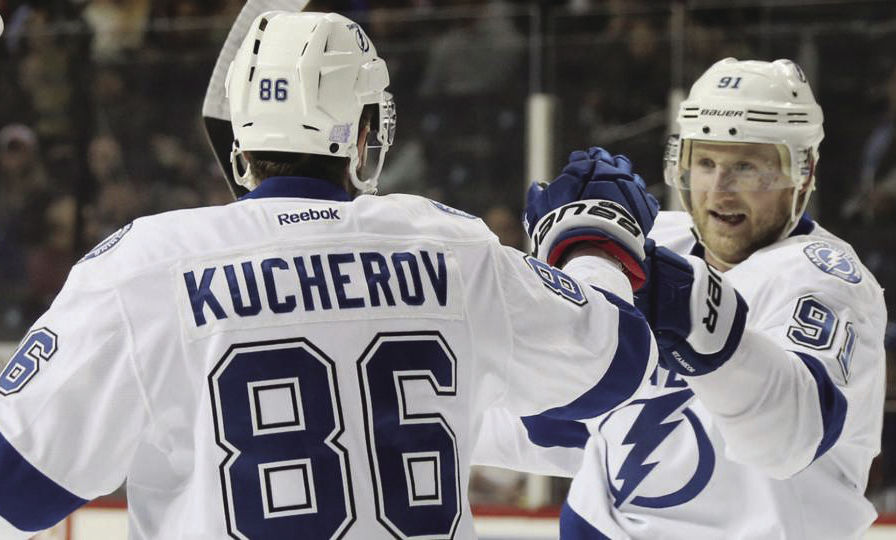 With a top line of Nikita Kucherov, Steven Stamkos and veteran Chris Kunitz, the Lightning has the NHL’s best offense. Kucherov leads the league in points and is a potential Art Ross and Hart Trophy winner this season.

With the All-Star break in the rearview mirror, NHL teams are shifting its focus to the trade deadline on February 26 and the postseason push that follows.

Before I get into what to expect over the next two months, I have to acknowledge Jaromir Jagr and his historic career. With 1,921 career points, Jagr ranks second in NHL history and he is a lock for the Hall of Fame. Spending time with nine franchises in more than 20 seasons, Jagr won the Stanley Cup twice in his first two. The five-time Art Ross winner is moving on from the NHL, but not from hockey. The Czech native is returning home and playing his final games with HC Klando, where he first started playing professionally when he was 15. With Jagr’s departure, San Jose Sharks center Joe Thornton, though currently injured, becomes the active points leader in the NHL.

Now we can finally talk about the Golden Knights. Though Vegas is rewriting the record book for teams in their inaugural season, playoff success matters. As of now, the Knights are atop the Western Conference by a margin of three points over the Nashville Predators and Winnipeg Jets. Home ice has proved to be the Knights’ secret weapon, as they have gone 19-3-2 at the T-Mobile Arena. If they can hold onto that spot, maybe they can advance a round or two. I could easily be wrong, but I just can’t imagine them beating the Predators or Blues in a playoff series.

Besides the Knights, the West has been full of surprises. The Blackhawks are trying to dig themselves out of a hole and reach the playoffs, while the Edmonton Oilers are in even more trouble. The Jets have emerged as a top team in the West and are hoping to record their first playoff win since relocating from Atlanta in 2012.

In the East, Tampa Bay’s offensive firepower cannot be contained and they have emerged as the top team. Nikita Kucherov is the NHL’s points leader for the 2017-2018 and his linemate Steven Stamkos is not far behind.

The Atlantic, though not as well-rounded as the Metro, has three of the Conference’s top four teams. Boston is a threatening playoff team and has an exciting young defenseman. Charlie McAvoy, a 20-year-old Long Island native and defensive partner of 40-year-old Zdeno Chara, is in the Calder Trophy conversation. Tuukka Rask is third in goals against average and has gotten at least a point in each of his last 18 starts. Surprisingly, the Montreal Canadiens are struggling to pick up points. With 50 points in 53 games, the Habs will need more from the offense, as they rank 26th in goals per game.

In the Metro, things could not be much closer. Only 10 points separate the leading Washington Capitals and the last-place New York Rangers. The entire division has playoff hopes, but the next two weeks are likely to spread things out a little. The deadline will pose some problems for this division because figuring out who is a buyer and who is a seller is difficult. Though the Rangers could easily toss in the towel and begin the rebuilding process, they could just as easily string together a few wins and get themselves back into the playoff picture. Points are extremely valuable throughout the league, but there is much less room for error in the Metro. The difference between an overtime win and loss could be enough to shift the standings significantly.

At the end of the season, a few notable awards are given out. At this point, the Hart Trophy (MVP) seems likely to end up in the arms of Kucherov, who is leading the Lighting and the League in points. He ranks third in goals and has developed incredible chemistry with Stamkos.

For the Calder Trophy (Rookie of the Year), three players are the clear frontrunners: Vancouver Canucks forward Brock Boeser, New York Islanders forward Matt Barzal and Boston Bruins defensemen Charlie McAvoy. I’ve been saying Barzal would pick up this award since September, so I’m not going to change on that now. He ranks sixteenth in the NHL Points Leaders and leads all rookies in scoring. His electric speed with the puck and playmaking abilities have defenders baffled and wary when he’s on the ice. This kid is flat-out fun to watch.

The Stanley Cup Playoffs is the best time of the year, and we’re only two months away. But in that time, there’s still a lot to figure out. Many questions are yet to be answered, but one is almost certain: Is this the Caps’ year?